Fear Factor: How Should a Director Overcome Big-Name Actor Intimidation? 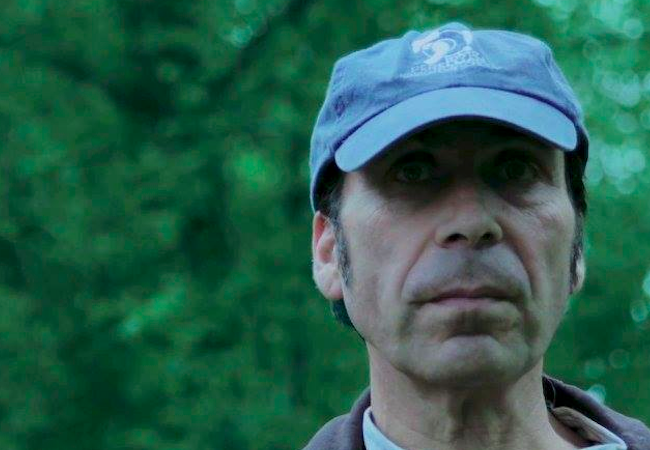 When you’re working your way into the heart of our industry, climbing that ladder to success, certain names and titles may elicit both pride and anxiety.

Curb Your Enthusiasm, Seinfeld, Friends, ER, The Fresh Prince of Bel-Air and Hill Street Blues are beloved television titans. So what if, on your next indie project, you were working with an actor who had appeared on all of these shows? What if, additionally, this actor had worked beside his share of film titans, too—John Candy, Billy Crystal, Dan Aykroyd, Chevy Chase and Bruce Willis? Do you think you might be intimidated?

I haven’t directed many movies—two, and they were six years apart. When I wrote and directed my first, one of my main advantages was knowing the people with whom I was working. If I didn’t know a cast or crew member well, I had time to change that. I did my best to build strong lines of communication between myself and the others involved. It was relatively easy, given the intimate nature of our production—a skeleton crew filming for a nine-day stretch—and the highly personal nature of the subject matter: me, during an ill-fated romantic period of my life.

Things would be different for my second feature, Alienated, about a conspiracy theorist who witnesses a UFO but doesn’t know how to tell his wife. I had moved out of state, which meant I needed to cast our microbudget movie remotely, as our company had decided it’d be best to film in the N.Y.C. area. Even more significantly, we would be hiring our first “name” actor, the late, gifted Taylor Negron.

I didn’t know how, but I stumbled onto the trick: You don’t deny your feelings. If you’re nervous, you’re nervous. So be it. So often people are taught not to share their feelings—especially those that are deemed negative, like fear and anger. But by ignoring these feelings or denying our expressions of them, we break from our full connection to the human experience, and we lose opportunities to relate to one another.  It’s better to be genuine in how we communicate, and that starts when we’re truthful to ourselves.

So if you’re feeling nervous, allow yourself to be nervous. Allow yourself to do whatever you do when you’re nervous—bite your nails, pace, talk fast, chew on your bottom lip, tell the person who makes you nervous that they make you nervous. All these things make you human. You want to be human so that other humans can relate to you! Forgive yourself for talking fast, rambling and repeating yourself and move on to the task at hand.

This was my approach in meeting Taylor the day before our first and only shooting day with him. Actor George Katt, producer Princeton Holt and I were invited to have breakfast at his apartment. He was a gracious host, entertaining us with Hollywood stories, listening to us speak about our intentions with the film and rehearsing with us. Taylor’s candid demeanor helped settle my nerves—which tends to be the case the more time you hang out with someone—but I was still intimidated by his vast experience. I was just as curious as to how I would direct this man.

The next day I stumbled onto the magic formula, simply by moving forward and being faithful to my instincts. The way you shed your intimidation of anyone, much less a name actor, is by building a relationship with them. By getting to know the actor you become more aware of them as a person. They become relatable to you, and you to them. In the end, this is what connects everyone—communication, sharing stories, opinions on things and feelings.

The stumbling portion of my collaboration with Taylor, of course, occurred early on, while we worked out the blocking of our first scene for the day. The strain of nerves, uncertainty and growing communication pains were tempered by weather delays. Once that first scene was recorded—once we began to understand each other’s style—things got easier. Given this kind of learning curve, it may be best to shoot simpler scenes with your name actor first, to give you both a chance to work into a familiarity or rhythm.

Taylor was humble and gracious throughout the entire process. He remained very much available on set and off. He was kind, prompt, attentive and entirely respectful toward our collective efforts in recording his scenes, regardless of my lack of experience or our production’s limited resources. His casual demeanor and open-minded nature helped quite a bit to relieve my nerves and the intimidation I felt. He had shown us that he wanted to be there, and that he was enjoying being there and even, by the end, he was thankful to be there.

All this had a great affect on my ability to see Taylor as a human being—no longer a name actor. He became a person with opinions, perceptions, quirks, questions, kindnesses and vulnerabilities. Only in retrospect have I realized how easily I overcame my intimidation once the work began. If there’s a trick to working with a name, it’s to treat them like you would any other actor: i.e., spend more time listening to them and asking them questions than “directing” them. Treat them like any other person. Be open to what they have to offer; be ready to compliment them; be respectful of their feelings and experiences.

Is it OK to be intimidated by your name actor? Yes. Just don’t let it prevent you from building a relationship with him or her and moving your project forward. MM

Brian Ackley is the head of development at One Way or Another Productions. His second feature film, Alienated, won 13 film festival awards and is available On Demand, courtesy of Gravitas Ventures.

Back Against the Wall: Jeremy Saulnier’s Green Room Lands like a Punch to the Gut
A Wider Perspective: Confirmation’s Rick Famuyiwa on Shooting Anamorphic and Why Auteur Theory Still Matters