Best Places to Live and Work as a Moviemaker 2015: Top Five Small Cities

All this week, we’re releasing the 2015 edition of our annual Best Places to Live and Work as a Moviemaker list, in three parts: the Top Five Towns, Top Five Small Cities, and Top 10 Big Cities in the United States. Where should you make your next film—and your next home? Yesterday we ranked our favorite towns; today we’re moving up a weight class to the best small cities in America.

Director Wim Wenders once argued, in a speech entitled “In Defense of Places” delivered at photographic exposition Photo LA, that places in film are taken for granted; that they can be as important as the story. In fact, story and characters may be dictated by their place within a place, so to speak. Wenders’ thoughts ring particularly true now that filmmaking has become increasingly decentralized across the United States. Perhaps the greatest benefit of the digital revolution is that stories can be told anywhere. Nobody has to follow the well-worn paths of decades past; instead, we can blaze new trails. The moviemaker of 2015 is free to explore fertile new cinematic territory, inhabiting it with characters at once unique and universal.

So welcome to MovieMaker’s annual countdown of the Best Places to Live and Work as a Moviemaker—the 20 best communities for moviemaking in the United States this year. As with last year’s list, we’ve categorized our places into three pools: Big Cities (pop. 400,000 and up), Small Cities (pop. 100,000 to 400,000), and Towns (pop. under 100,000); numbers are based on actual city population, rather than metro area.

We hope these brief overviews may help you decide if a place has the right atmosphere and infrastructure for your moviemaking style and your lifestyle. As usual, all places were rated according to six criteria: Film Production in 2014 (shooting days, number of productions, dollars generated), Film Community and Culture (film schools, festivals, independent theaters, film organizations), Access to Equipment and Facilities, Tax Incentives, Cost of Living, and a General category that includes lifestyle, weather, transportation and other “livability” categories. These factors were compiled into a rubric, distributed to film commissions across the country, and the resulting information, along with our own research and insight from sites like bestplaces.net and filmproductioncapital.com, provided the final results. Along the way, we spoke to working moviemakers in each city and town—that’s right, people who actually make their living in these places—who told us their stories of career success and personal fulfillment.

Of course, no matter how objective we strive to be, a community’s true spirit isn’t perfectly quantifiable, and we all know that nuances of culture aren’t as clear-cut as state lines. Case in point: Albuquerque and Santa Fe, two places on this year’s list, are a mere 62 miles apart, but their vibes are as different as Los Angeles and San Francisco (Unlike Los Angeles and San Francisco, though, crews in New Mexico take better advantage of that short distance, commuting to work in both.) Want to make a case for your hometown? Send a letter to [email protected]. We’d love to hear where you live and shoot—even if it’s outside of the United States entirely (now recruiting: a volunteer army of researchers for that article, hopefully to appear here in 2016…)

One thing everyone we spoke with this year seemed to have in common: Moviemakers love where they’re living, and would love to talk you into making their place yours, too.

The name Orlando is synonymous across the world with tourist attractions like Disney World, Universal Studios Florida, Sea World Orlando, Epcot, and others. But the city is more than just a playground for out-of-towners—it was recently named America’s Top City for Job Growth by Forbes Magazine.

Orlando impresses for the bustling production facilities within its metro area. Over 167 projects were filmed in Central Florida in 2014, including Sisters (formerly The Nest) with Tina Fey and Amy Poehler, numerous commercials, and Telemundo, Reset TV, and Golf Channel series.

The city is also blossoming as a hub for digital media. The University of Central Florida (the second largest university in the U.S.), offers a Master’s degree in Interactive Entertainment with areas of specialization in 3D modeling, animation and motion artistry. Students train at production complex Studio 500, which boasts motion-capture production facilities, as does the Orlando-based East Coast branch of animation studio House of Moves. Other film school options including Full Sail University, the Digital Animation and Visual Effects School at Universal Studios, and Orlando Tech. 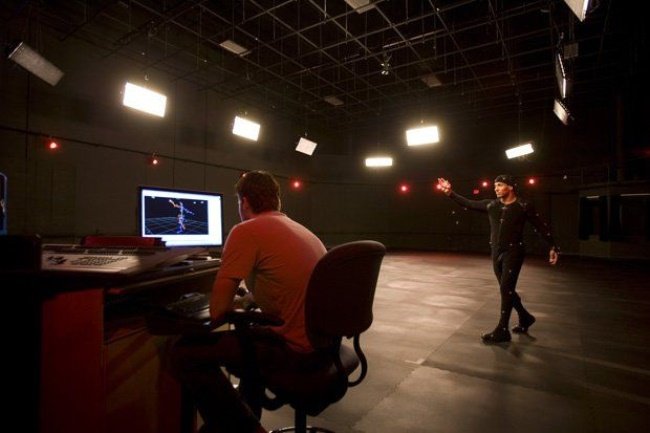 A motion capture studio at the Florida Interactive Entertainment Academy. Courtesy of University of Central Florida