Musicals Will Save Us; Bernie Mac Biopic; She-Hulk’s New Enemy 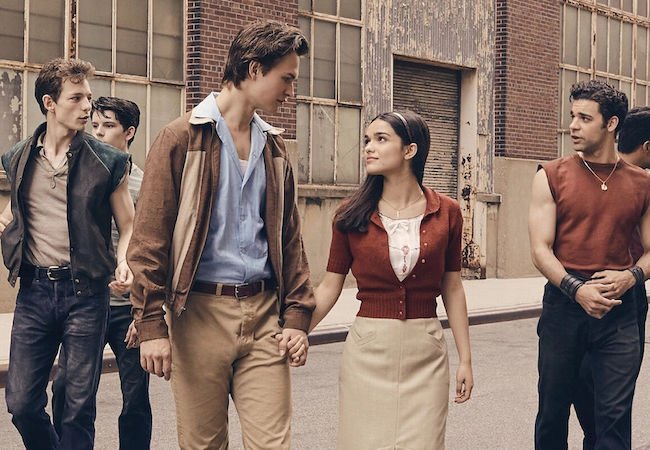 A few of the big musicals that may define our year; Bernie Mac is getting a biopic; She-Hulk has a new enemy but is apparently not mad at her cousin, Hulk; and news from Natchez, Mississippi. All in today’s Movie News Rundown.

Musicals: It’s way too early to worry about Oscars, But Vanity Fair says In the Heights may define next year’s awards, and we think they’re on to something — between Jon M. Chu’s In The Heights and Steven Spielberg’s West Side Story (assuming it’s good — it should be good, right?), this could be a very big year for musicals. It could also be big for dramas packed with music, like Sian Heder’s excellent Coda (seen it, wonderful) and Liesl Tommy’s Aretha Franklin biopic Respect (haven’t seen it, but high hopes). These are exactly the kind of big, sweeping, see-them-with-a-crowd movies we need now.

Bonus: People might actually watch an Oscars ceremony packed with big musical numbers, especially if several of the songs were from Best Picture nominees and performed by nominated actors who also sang them on screen.

Bernie Mac Biopic: John Legend’s production company, Get Lifted, is partnering with Bernie Mac’s estate to make a biopic about the comedian, who died at age 50 in 2008. That same year, Legend and Mac appeared together in the film Soul Men. The Hollywood Reporter has the details.

Guess Who’s Coming to Netflix? Black-ish creator Kenya Barris will make his feature directorial debut with what THR describes as “a modern look at the themes tackled in Guess Who’s Coming to Dinner?, the 1967 classic that saw a white couple’s daughter surprise her parents with a Black fiancé.” Jonah Hill co-wrote with Barris and will star.

Rumble: Aaron Eckhart will star in Rumble Through the Dark as a former bare-knuckle fighter who needs to win one last fight to pay off his debts to a local mob boss and save his childhood home.  Graham and Parker Phillips (The Bygone) will direct a script by Michael Farris Smith, who based the script on his novel The Fighter. The Foresight Unlimited production will begin at the end of July in Natchez, Mississippi, and we’d recommend checking out this interview with Nina Parikh, director of the Mississippi Film Office, who talked with us recently about all the productions that Tate Taylor, one of the Rumble executive producers, is bringing to Natchez.

Aquaman 2 Is Titled ‘The Lost Kingdom’: Is the headline of this fine Hollywood Reporter story that contains little other new information. Okay, technically the movie is called Aquaman and the Lost Kingdom. No, it is not a burger kingdom. No, we do not know what kind of kingdom. We have to wait until Dec. 16, 2022.

She-Hulk Gets a Nemesis: The Good Place star Jameela Jamil has joined the upcoming Disney+ series She-Hulk, Variety reports. If, like me, you thought, “Oh wow, she’d be a great She-Hulk,” please join me in being disappointed to learn that she will in fact play Titania, a powerful enemy of She-Hulk who has a silly name, not unlike She-Hulk. Who then shall play She-Hulk, you ask? That would be Orphan Black star Tatiana Maslany. In the comics, attorney Jennifer Walters inherits the ability to transform into an emerald-skinned behemoth after receiving a blood transfusion from her cousin, Bruce Banner (Mark Ruffalo), who is of course also The Hulk. But unlike the Hulk, She-Hulk remains cool and rational after transforming. Wait, you say: She doesn’t get angry at being named/defined in relation to her male cousin, The Hulk? Apparently not. Does she get angry that he agreed to give her a blood transfusion, knowing full well that it might give her freakish unpredictable powers? Hm. Should we call him He-Hulk? We’ll just have to watch the show.

Have a Great Weekend, Everybody: Here’s a scene from my favorite movie musical, so far, Singin’ in the Rain: