How Before the Fire Used Planes, a Burning House and Humvees to Reverse-Engineer the Timeliest Script of the Year 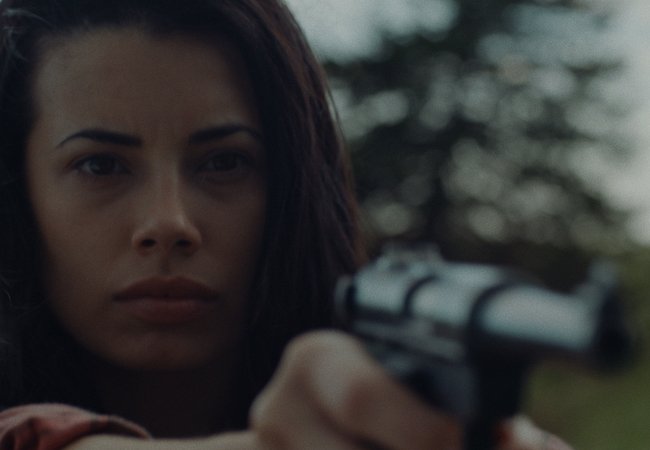 Before the Fire director Charlie Buhler and writer-star Jenna Lyng Adams didn’t have millions of dollars when they started work on their sci-fi drama, but they did have access to a few things they knew could be very cinematic — planes, Humvees, a farm, and a house that needed burning down.

In the purest DIY, indie filmmaking fashion, they reverse-engineered Adams’ script. And because Adams had long been fascinated by end-of-the-world scenarios, they happened to make a film about a pandemic.

A pandemic that bears striking similarities to COVID-19.

“When I wrote this movie, I didn’t see this happening realistically in this world,” said Adams. “A lot of it was guessing.”

She made some very good guesses – about transportation troubles, panic, people stockpiling weapons, and even the current fight over the U.S. Postal Service.

But even the decision to make a pandemic the focus of the film came out of DIY necessity.

“We wanted to create something that would cause worldwide upheaval, worldwide chaos, that would also be invisible — and therefore cheap,” says Buhler in the latest MovieMaker Interviews podcast. She and Adams walk us through every aspect of shooting Before the Fire in the episode, which you can listen to on Apple or Spotify or right here:

Adams and Buhler had just premiered their film at the Conquest Film & Creativity Festival in March when the world began shutting down, in a way very similar to the way the world shuts down in the opening scenes of Before the Fire.

Early in the film, Ava Boone (Adams), a successful TV actress, is trying to catch a flight out of Los Angeles with her boyfriend. Then LAX abruptly cancels all flights. Through a very dramatic turn of events — involving one of those planes — she ends up being shipped back to her very rural hometown, which is full of secrets she fled years ago. Everyone knows her as Amanda, just another reminder of the past she wanted to escape. 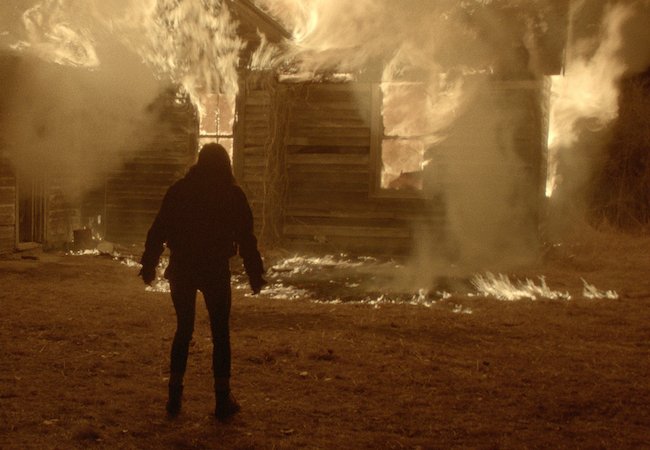 Jenna Lyng Adams in Before the Fire, written by Adams and directed by Charlie Buhler.

“The story of Before the Fire began when Charlie and I asked ourselves: what resources do we have access to?” Adams says in the press notes for the film. “We have talented friends and big-hearted families willing to dig in and get their hands dirty. We have acres and acres of beautiful farmland, private planes, National Guard Humvees, and a house condemned to burn. The story was then reverse engineered to fit these epic set pieces, and I began weaving characters into the potential storyline.”

In some versions of the script, Buhler and Adams went deep into Ava/Amanda’s past trauma. But they decided the film was better without it.

“Have you ever heard of the Jaws solution? They were shooting Jaws, and they were looking at the shark, and it just wasn’t scary,” says Buhler. “It was a little animatronic, and it wasn’t as scary as it needed to be. So the solution was to not show the shark. And so you rarely see the shark in Jaws. And there’s something about not seeing that shark that’s way scarier than anything you can see onscreen. Because your brain will fill in the gaps.”

Before the Fire, directed by Charlie Buhler and written by and starring Jenna Lyng Adams, is available now on virtual cinemas and on digital from Dark Sky Films.