Before The Boys Season 2 Finale, Listen to This (Podcast) 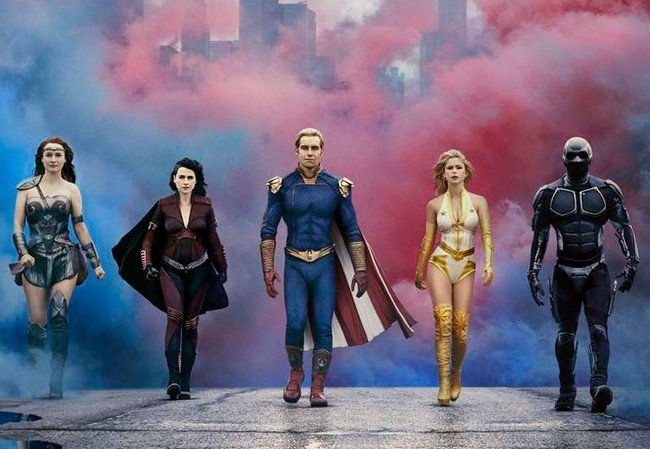 This week on the Low Key podcast we dive into Season 2 of The Boys, one of the most shocking, unpredictable shows we’ve seen. You can listen to our discussion on Apple or Spotify or here:

The Boys Season 2 finale airs on Amazon Prime today, and you won’t want to watch it without binging on the previous episodes. The basic premise is what would happen if superheroes really existed and weren’t simply do-gooder caricatures from fantasy worlds acting in the best interest of the public.

Well… a lot of fucked up stuff. Corporations make moves in the shadows. Fake news (surprise!) manipulates basic truths. Brute, supernatural force is often the first resort, with tons of innocent blood being shed both needlessly and to achieve expedient results. Let’s just say we might all agree with Lex Luthor on the danger of Superman by the time the series is complete.

In the midst of all the gore and political theater are satisfying individual character arcs and complicated relationships that make the action sequences meaningful. From the revenge arc of Billy the Butcher to save his wife to the failed redemption arcs for many superpowered people’s sins, audiences are challenged with experiences that simply aren’t in one package anywhere else.

The Boys executes each of these elements really well, finding moments of levity and humor even inside the carcasses of large animals. Fair warning, however: You need a strong stomach to get through this series, as the sexual content, language, and gore are notched up to 11. It’s hard to shock me, and I had moments where my mouth was literally ajar and I realized my breathing had stopped. The journey is worth it but know what you’re getting into.

We covered the freshman season lin 2019 with good impressions, but were unsure The Boys would find a way to stay engaging. Our concerns were without merit. Tim, Keith, and I discuss marketing superheroes, the differences between the comic and show storylines, how the show works as an allegory to police brutality, and more in this Low Key episode.

The Boys is currently available on Amazon Prime Video. The entire comic book series and side stories can be purchased for $15 at Humble Bundle.