Baz Luhrmann Says His Elvis Is ‘Punk,’ ‘Strange,’ and Free of Nostalgia (Video)

Baz Luhrmann, director of the new Elvis starring Austin Butler as the young King of Rock ‘n’ Roll, says the film will try to capture something that nostalgists may forget about Elvis Presley: He seemed incredibly strange when he debuted. In some ways, Luhrman argues, Elvis was “the original punk.”

The director of Romeo + Juliet, Moulin Rouge and The Great Gatsby is known for blazingly contemporary turns on classics, and he explained his take on Elvis during an online news conference to reveal the film’s trailer. He said his research included listening to old interviews with Presley’s manager, Colonel Tom Parker (played by Tom Hanks) — and that what stood out was the wild music in the background.

“There’s a few rare recordings where the Colonel’s being interviewed and in the background, you can hear Elvis on stage. And this is really early in the ’50s. And the way he’s singing, and by description of people that were there, I mean, he is the original punk in some regards,” Luhrmann says. 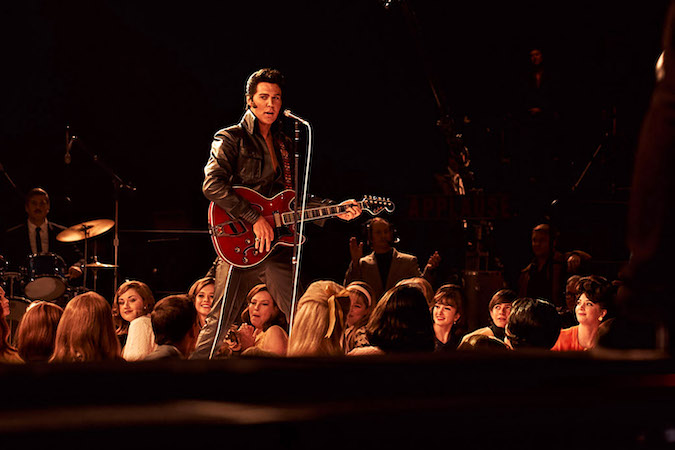 To jaded modern audiences, Elvis may feel like cultural comfort food — a cheesy Halloween costume, a Vegas caricature, a neon figure on clock in a diner.

But the Australian filmmaker says that when you listen to the early Elvis songs, unfettered by the filter of nostalgia, they’re notably “not polite.” Elvis wasn’t always an American institution.

“He’s wildly, like, provocative. I mean, if you read what’s written about Elvis in the early ’50s, you know, he really did get that RCA dog and roll around on the ground. There really were riots,” Luhrmann says.

He adds that one musician quoted in the film recalls, “I cannot overstate how strange he looked, and how shocking he was.”

Luhrmann adds: “Now, here’s our job: How do we translate strange and shocking to a contemporary audience? Austin’s number one mission, from the moment I met him, was to humanize Elvis Presley — was to show the person on the journey.”

Butler says he carefully studied Presley’s movements, voice and mannerisms: “I didn’t look at or read or hear anything that didn’t have to do with Elvis for a long time.” He was 27 when he started, and is 30 now. 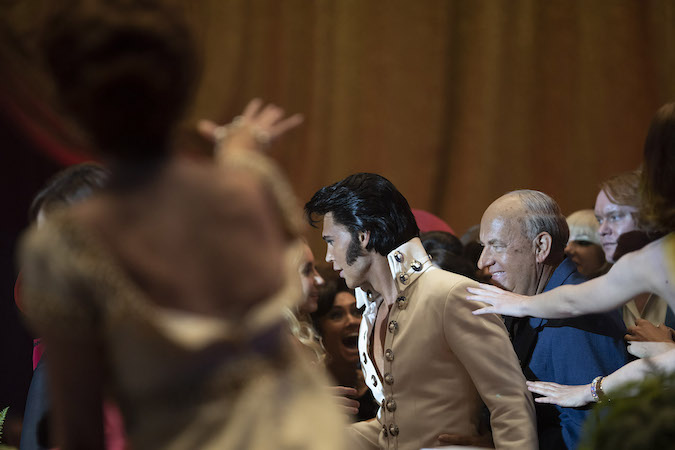 “When I first started, it really felt like when you’re a kid, and you put on your father’s suit, and the sleeves are much too long, and the shoes are like boats on your feet,” says the Anaheim, California-born actor. “At the beginning, I thought, this is impossible. You know, how could I possibly do anything but feel like I’m less than this superhuman individual? And then as time passed, at least for me, I started to feel like I grew into it. And suddenly, I felt his humanity more.”

Butler adds: “Baz also directs in a way that we tried so much. So we had tapes where it was just purely for getting every finger to be in the exact same way that he moved. And then some we would just throw it away and allow just visceral life to come.”

The film uses Presley to sweep through the American history of the 1950s through ’70s, when Elvis died at 42 in his home,  Graceland. In the trailer, we see Elvis as a child, wandering into a Black church in his hometown of Tupelo, Mississippi, where he discovered the gospel music that he would meld with country and blues throughout his career. Later he meets his true love, Priscilla (Olivia DeJonge). We see some of the iconic Presley looks and performances, but also a quiet moment of despair when he learns of the Rev. Martin Luther King Jr.’s assassination in his Presley’s own town, Memphis.

One thing that comes through in the trailer is that everyone involved is just going for it — or in Elvis’ signature phrase, Taking Care of Business. Hanks, in a prosthetic nose, commits hard to an almost raspy accent for the Colonel, whose peculiar vocal patterns may be attributable to the fact that he was born in the Netherlands, came to the U.S. illegally at 2o, enlisted in the Army, and began pretending he was a lifelong American.

“Some will make me out the be the villain of this here story,” he says as the trailer begins. But soon, Parker is waxing philosophical about destiny and watching Elvis become a superhero — with the same sense of showmanship and flair that helped the boy from Tupelo become a king.