Mr. Roosevelt is a warm, touching, and hilarious indie that was shot in Austin, Texas on Kodak film, so seeing it premiere at the Paramount Theatre for SXSW must have been a wonderful homecoming for the cast and crew—until the projector stopped working three times.

Each time it broke, the theater became shrouded in darkness and silence for a beat. Then we’d hear one lone, anxious, “This is awesome, guys.” Followed by a huge laugh from the audience.

That voice belonged to Noel Wells, the movie’s lead actress, as well as writer and director. The anxiety of the situation actually fit the movie’s tone like a glove: Emily (played by Wells) returns to her college town from L.A. after a loved one falls ill and must come to terms with her past while staying with her ex-boyfriend and his new girlfriend. Part of this story hits pretty close to Noel, who graduated from the University of Texas at Austin with a degree in film and went on to become an SNL cast member and star of Master of None, among many other credits. Oh, and don’t feel too bad for her SXSW premiere experience; Mr. Roosevelt won the Narrative Spotlight audience award and the Lone Star award, which is only awarded to films shot and set in Texas.

That said, it’s getting harder and harder to shoot both on film and in Texas these days, but Noel’s driven to keep doing it regardless. Wells discussed the challenges of working with film in Texas to make the movie she always wanted to make—and how she can’t wait to do it again.

Andy Young, MovieMaker Magazine (MM): Do you often come back to Austin?

Noel Wells (NW): I have recently because I’ve been filming projects here, outside of that, no. There’s a line in the movie, “I don’t understand how anyone can afford to get anywhere anymore” because it is not easy to travel.

MM: That’s so true. I just moved from Austin to L.A. Very much like your character said, Austin is kinda “the Velvet Rut.” I’ve never heard anyone say that before.

NW: My friend called it that last year when I was shooting my Comedy Central pilot, and that’s exactly what it is. I love Austin and I come back to do projects, but L.A. is a bit more my speed about getting things done. 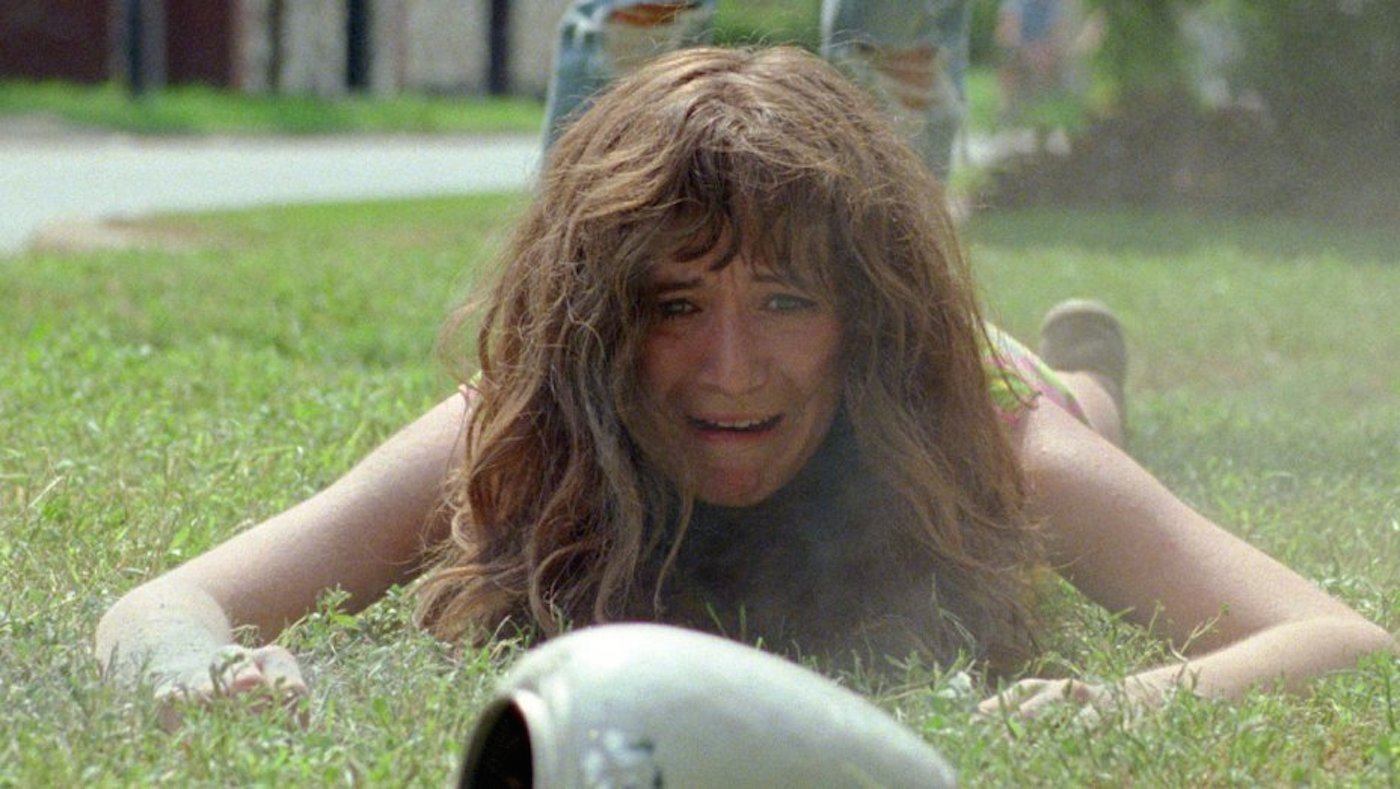 Wells in a scene from Mr. Roosevelt

MM: How familiar are you with the fact that there aren’t a lot of state incentives coming in at the moment? In fact, a couple blocks away [at the state capitol] they are talking about abolishing the film industry in Texas right now. What would be your plea to other filmmakers on why it is great to film in Texas?

NW: It is hard to get people to come here financially. The main thing is the crews get it, it is laid back, and the food is awesome. It is awesome in New Orleans, but there is just such a different environment here. Lot of wonderful talented people here and I think it would be such a shame to not take advantage of the amazing people here.

MM: You graduated from the University of Texas at Austin in 2010. Did you always want to direct, or did you go in wanting to be a performer?

NW: Yes, direct. I remember when I was applying to colleges I applied to places with theater departments but didn’t quite know what I was going to do. I thought maybe I’d become a lawyer. There was something in the back of my head that [said] “major in TV and film” and I didn’t know if I was conscious of that because I had never really said that before in my life. There was something pushing me in that direction, but when I got to UT there were people that knew a lot more about movies than I did. I guess I thought if you don’t know a lot about other people’s movies you can’t be a director. The first things that I shot while I think were pretty good narratively, they looked pretty bad because we had already switched over to digital and when you first start out it is hard to make that stuff look good. I was like, “Oh, I’m not cut out to be a director” so I switched to production and did editing and a lot of animation. I did hands-on production things. Worked on a lot of productions and did boom and made costumes. Then my last year of college I really fell in love with film and shot 36 rolls of films while I was in New York City but couldn’t afford to get them developed. Because I wasn’t seeing them though or micromanaging them, I began developing an eye.

MM: Instead of the option of shooting a hundred takes if you wanted on digital, you had to get very specific shots very precise. Once you turn on a film camera you can hear the money rolling.

NW: You know, I think the money part scares people. Because you can be very precious. But there is this balance of just jumping and saying, “Whatever happens just happens” the risk I take is worth it in the end. So, taking photographs on a roll, maybe three aren’t good but take a lot over time and you get this really interesting body of work. It has really developed my instincts and also showed me that I didn’t really need to know everything at times. As long as you have an eye to capture things around you and piece it all together that can make you just as talented a director.

MM: Unfortunately, with the premiere that is one bad side effect of film. Did that make you consider going to digital when you direct again, or are you still in love with film?

NW: Oh no! It was a projector issue. It was like when we started shooting the movie on film it took a while for people to switch gears back over and get into the rhythm. But once we got some practice with it again and the whole crew came back on for film, it was fine. It would not deter me it was just a mistake. Or maybe not even a mistake. It was just funny [with] us pulling out these old machines and not common that people are shooting on film. It’s not the film’s fault.

MM: I know a lot of directors that champion for film because their favorite directors shoot (or shot) on it, but when they actually get to filming with it they find it to hard and want to go back to digital even though it doesn’t have the same aesthetic feel.

NW: I don’t know, film is so fun and the limitations can create pressure to be inventive. There was a situation on set where we were filming a scene in the bathroom overnight and the film spaghettied out and we didn’t know if it got scratched so we had to send it in to get it checked out and half the takes were so scratch up we couldn’t use it. That limited us to two options for each set up and one was only one option, so I lost one set up. But it made me think, “OK, this is what I have to work with. How do we make this the best version of what it is?” We live in this world where I think there are too many options and it is crippling people.

MM: Since you are a performer, what have you learned from directors you’ve worked with or actors you’ve performed with that you feel has made you a better director?

NW: That is a great question. The things I started making when I first started out and I was a bit of a bulldog about the way things would go and if things didn’t go the way I wanted or expected I would get a little upset. Over time with maturity and experience the best situations on sets are when people are calm. It’s OK to be anxious, but if something goes wrong roll with it. And as far as directing and being a performer, like when I did Master of None and it was Aziz [Ansari]’s show, but he was very collaborative, and he told me to trust myself. I’d never had anyone actually say to me, “Hey, you are really good, and you can calm down” and that was such an important thing to hear because nobody had said it up to me at that point. There is a scarcity sort of mindset where people don’t really dole out compliments. I think when you are at a level of security as a performer and an artist to say, “Hey, you are really good. I’m happy to have you here” allowed me to take a step forward and trust myself. Now when I see it in other performers as a director and who may need to hear that so they can relax, I say to them “You are here for a reason. You are incredibly talented. Lets have fun.”

MM: What advice would you give to young filmmakers just starting out?

NW: Start making things as soon as you possibly can. You can start small. People may not get your voice for a very long time. I have so many videos online that nobody has ever seen or understood. Everything you try will inform a skill set later on. A lot of people won’t understand you and the most powerful thing to do is not let that get into your brain. Figure out how to insulate yourself. It’s OK to be hurt by it, but learn to pick yourself back up. I also think if you don’t know everything about movies it doesn’t matter. That’s something I’m still learning. Like nobody told Orson Welles to go do this, he just went out and did it. I don’t think he had a film library in the back of his head and I think that is liberating. You aren’t crippled thinking about what came before, you are just making something because you feel it.

It’s All Relative: Mark Webber Draws on Real Life and His Own Family in Flesh and Blood
"You Don’t Have to Be a Friend. Just Establish Trust": Dealt’s Luke Korem on Getting Doc Subjects to Be Themselves