French writer Nelly Arcane’s debut novel, Putain, put her on the map as a respected writer documenting her experiences as a sex worker. The truth, however, wasn’t always in Putain (or her three follow-up novels, for that matter).

As Arcan revealed more and more throughout the course of her tragically short life, her stories were only snippets of reality woven into a grander cloth of fiction. The character was always a manifestation of Nelly, the writer, lost in her own story.

Writer/director Anne Émond is no stranger to the personas Arcan created for herself. A longtime fan, she knew from the day Arcan took her life she would one day write a film about her. But as she discovered throughout her predestined writing process, adapting a subject’s inherently chaotic biography can be a tumultuous task. Despite the challenge, Émond found a solution into creating one tragically scattered figure into four different characters unto themselves.

Check out this exclusive clip, then read Émond’s discussion with MovieMaker on her adaptation process, throwing away the first draft, and editing Nelly’s four characters into one cohesive narrative.

Grant Vance, MovieMaker Magazine: I’m especially interested in the adaption process for Nelly compared to the original novels. How did you adapt the blend of fiction and nonfiction?

Anne Émond: I’ve always been very interested in Nelly Arcan. I read all of her books, and I knew since the day she died that I would write a film about her. But I didn’t know how and when. A very well known producer in Montréal finally called me like four or five years ago to write about her. I didn’t know what to do, so the first thing I did was reread all the books and meet as many people who knew her that would agree to meet with me. I spent maybe a year and a half and wrote a very conventional biopic. After 18 months of work I remember drinking a beer in a small cafe and reading the first version. I cried at the end because it was so bad. All the facts were true, but the film was a lie.

So I started all over again. One of the things that [Nelly’s friends and colleagues] would tell me about when I met them was how big of a liar she was. It was a nightmare for a screenwriter. Everyone I met would describe to me a completely different woman. So I wrote in many characters—many sides of her in the same film. I would say maybe a third of the film is what people told me about her, a third of the film is from her book. She was not a documentarian—it wasn’t a diary that she wrote. The other third of the film was from my imagination, and what I thought she was. I also read works from different artists I admired that made me think of Arcan, like Virginia Wolfe, Amy Winehouse, Marilyn Monroe. You can recognize a ghosts of their lives in Nelly. 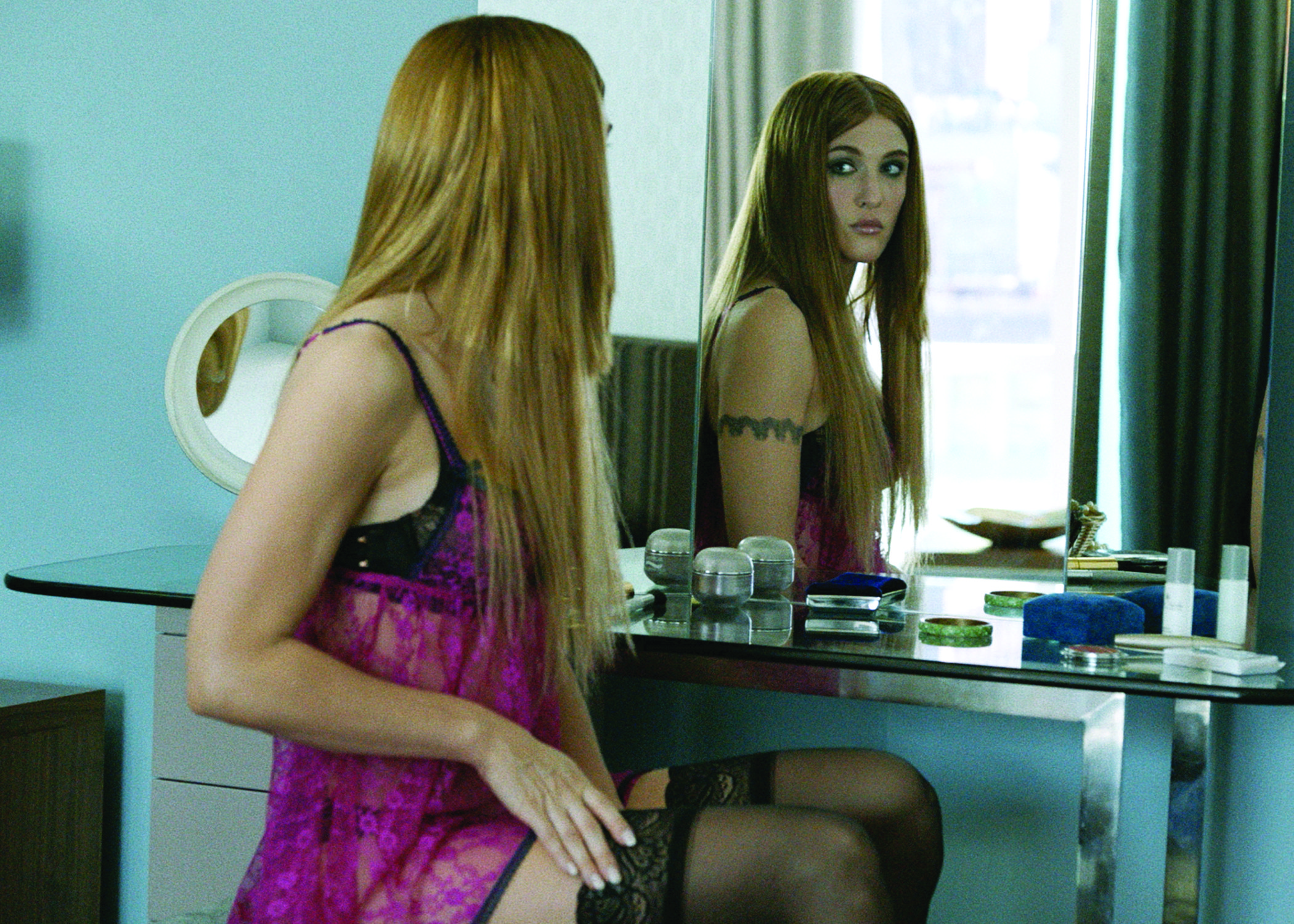 MM: I’ve always been a fan of unreliable narrators. What was your technique for directing the four different, partially-fictional characters in Nelly with your lead, Mylène Mackay?

AE: It was a tough shoot. All of those characters are depressed—it’s a despair film, in a way. There are many characters who are the same woman but all of them are sad and struggle through life. The first big decision was to cast Mylène Mackay who’s brilliant in this film. We shot five different “characters,” and the first two weeks we shot the the sex worker Nelly. The next two weeks we shot the lover with the long brown hair. We had time to put Mackay in different characters. It wasn’t as schizophrenic as the film is, because we were block shooting.

Mackay understood everything I wanted to do, so it was easy to work with her. It was a tough film for the mood, but shooting it was easy. The only people I had to direct or guide were the other actors in the film.

MM: Every character has their own unique visual look to themselves. Can you talk about your collaboration with your production team designing these distinct looks?

AE: We had a lot of different inspirations, from Marilyn Monroe films to old images of Virginia Woolf. The production designer, the DP, and I would work together on all of those ambiances. It was quite sacred.

I had the production designer go through like 200 to 300 photographs by character to set the mood and the colors of each and the costume during preproduction. It was really well documented. My coworkers understood everything that we wanted to do with the film. We tried to have a color palette for ever character. The tough part was after everything, like the last maybe 20 minutes of the film where she jumps from the window. It’s not that precise. What all of those characters already have in common is this desperation. Everything that she likes eventually will kill her. It’s four characters, but it’s just four sides of the same woman at the end.

MM: Touching on the idea of seemingly multiple films in one cohesive feature, is there anything you found in the editing room that wasn’t scripted?

AE: We changed everything in the editing room. We cut a lot of things, as usual. But almost nothing was written this way. Nothing tells you what time it is or what day it is. We also took very good care not to name the date or title of the novel. I wanted to make a film that everyone could understand. If you don’t know this writer you can watch this film and be moved by this woman. That’s why we didn’t give a lot of biographical elements. We were completely free in the editing room. We tried many different structures and music.