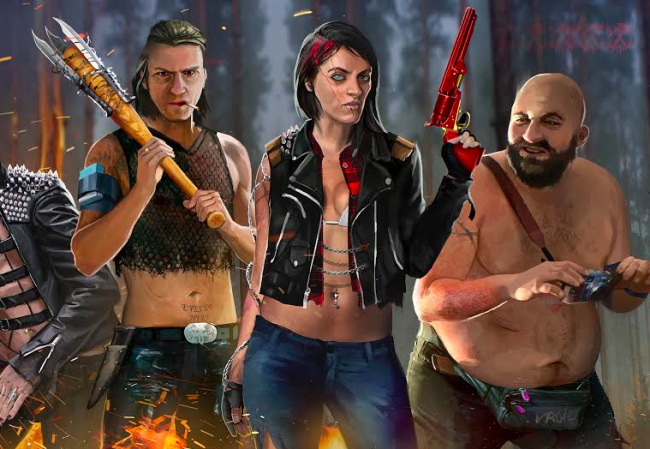 Crowdfunding has become an invaluable tool for the indie filmmaker seeking funds for the start or completion of a project.

And here at MovieMaker, we applaud and champion workman-like campaign efforts. To raise awareness of great ideas and future talents, we will be highlighting a unique project every month during its funding campaign. If you have a project you’d like us to consider, drop us a line at: [email protected]

We hope you’ll share, support, and be inspired by their stories.

Synopsis: A church burns to the ground with a congregation locked inside. Every local news source is desperately scrounging through rumors to get the full story before they’re live in a few minutes. When it seems like there’s no cohesive account, one young producer gets the tip of his career: The supposed group of psychopaths that have been terrorizing the region are offering not only the story, but their personal footage of the horrors inside of the church as the events there unfolded. Without a way of contacting them again, it’s now on the poorly funded news station to juggle their integrity and rebroadcast the psychopaths’ footage or turn it over to the authorities.

About the Moviemaker: Robert Bryce Milburn is an award-winning independent filmmaker and artist based in Atlanta, Georgia. On a daily basis, he works as a grip and rigging grip on feature films and TV shows. He has worked on Dirty Grandpa, Goosebumps, Rectify, Miracles From Heaven, The Carbonaro Effect and many other titles. In between all of that, he produces short films and smaller-scale commercials.

Request: From the campaign page:

Amerikan Hell is designed to be a studio-quality horror/thriller short film made for a fraction of the budget. Our goal is to go straight into pre-production once we hit our budget goal and shoot this film by the end of summer/beginning of fall, when the trees are dead and the world seems cold and ominous.

Amerikan Hell will be shot digitally on either the RED Scarlet or ARRI Alexa using anamorphic lenses. It will then be color corrected to fit that raw grainy feel we all know and love. The feeling will be as though this was shot on Super 16mm and blown up to 35mm print in resemblance to films like The Wrestler. The reason behind using anamorphic lenses is to be able to capture more characters within one frame… allowing them to play off each other within this story and to allow the audience to watch it all unfold before their eyes with longer takes.

We need a budget in order to film a high-quality action packed horror film with blood, guns, scary masks, satanic psychopaths, and people getting murdered! We need you to join our team!