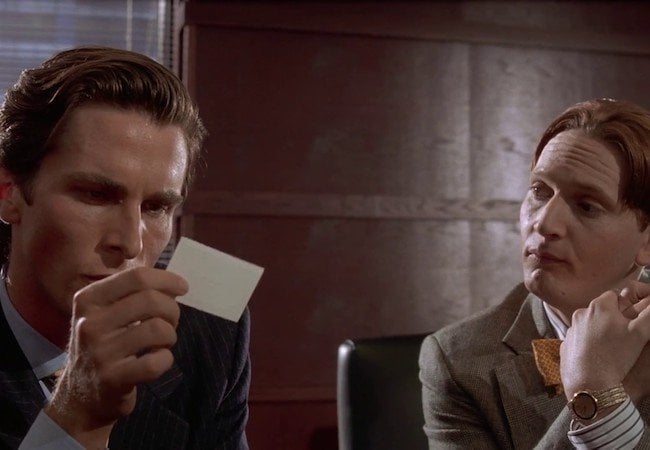 The American Psycho ending has confounded viewers of the film for 20 years. Like the Bret Easton Ellis novel that inspired it, the film leaves open the possibility that Patrick Bateman didn’t really kill all those people. Some people think it was all a fantasy.

But Guinevere Turner, who co-wrote the film with director Mary Harron, says they worked hard to avoid any “it was all a dream” interpretations. In our recent American Psycho oral history to mark the 20th anniversary of the film, we asked them both to explain the ending.

So: Did Bateman (Christian Bale) really kill all those people? It will take a minute, but read through both of their comments and I think the answer will become clear.

“I would never answer that. As Quentin Tarantino says, ‘If I tell you that, I take this movie away from you,'” Harron said. But she added: “I will say there’s a moment where it becomes less realistic, and that’s the moment when the ATM says Feed Me a Stray Cat.”

Or, as Christian Bale explained it in a 2000 interview with Charlie Rose: “Bateman does actually have an arc in the movie. He goes from psychopath to psychotic.” 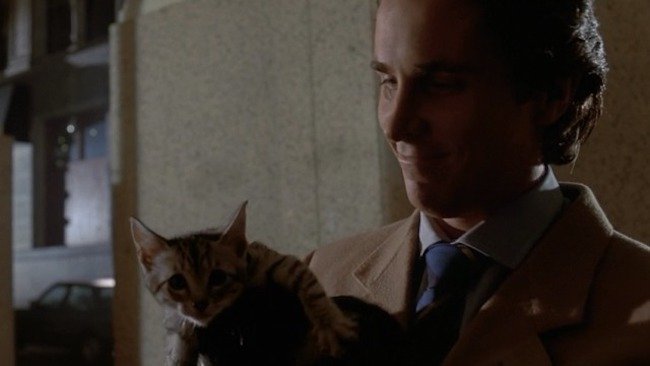 A cute cat marks the moment when Patrick Bateman (Christian Bale) undergoes a change  in American Psycho, according to director Mary Harron.

Turner said the film wasn’t supposed to be as mysterious as some might think.

“To me and Mary, the book left it up in the air, too, what was real and what was not real. We didn’t think that everything was real because some of it is literally surreal. But we just decided, together, that we both really disliked movies where the big reveal is that it was all in someone’s head or it was all a dream,” Turner said.

“We just both find that annoying. We just said we’re going to make a really conscious effort to have it be real, and then at some point… he’s sort of perceiving things differently, but they’re really happening.”

Moments after the cat scene (the “moment where it becomes less realistic, according to Harron), Patrick Bateman is stopped by police. He shoots at a cop car.

Turner explains: “He shoots at a cop car, and it just bursts into flames, and she just directed him to look at the gun like, Hmmm, how did that happen? But we did want it to be, at the end, that you really did think that he did these things.”

If the ending still seems mysterious, read that last ending again. There does seem to be a moment when, to quote Christian Bale again, Patrick Bateman goes from “psychopath to psychotic,” and it does seem to be the moment when he considers feeding a cat to an ATM machine and then shoots a cop car to begin a desperate chase through Lower Manhattan.