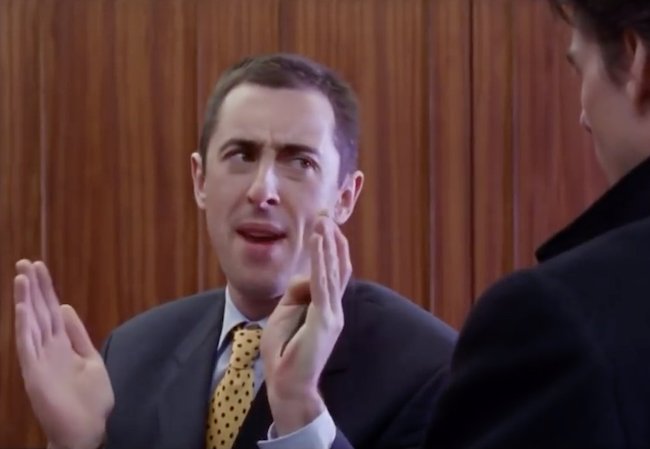 During the scene, Cumming’s clerk tells Tom Cruise character that another character came into the hotel with two “big” men—while spacing his hands out suggestively. The director loved it.

His whole account on the podcast. You can listen on your favorite platform below:

The Irishman Slang Explained: Your Guide to the Vig, Candy, Going to School, and Painting Houses
From After Lucia to Young and Wild: Watch Highlights of Some of the Decade’s Best Latin American Cinema