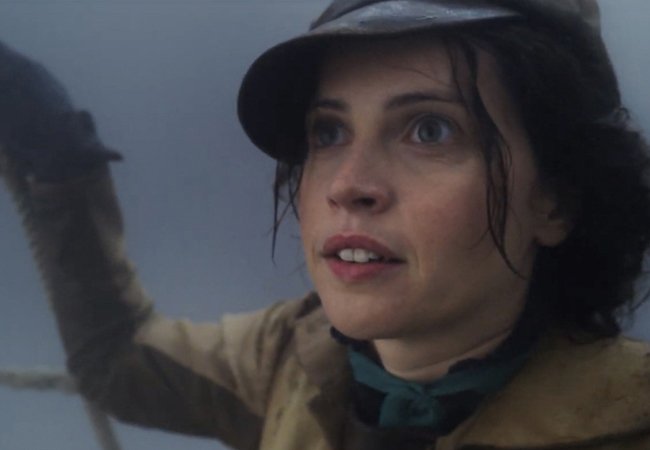 Was Amelia Wren, played by Felicity Jones in The Aeronauts, a real person? No, but Amelia Wren was based on two real people, both of whom are fascinating, according to The Aeronauts director Tom Harper.

The Aeronauts reunites Jones and her Theory of Everything co-star, Eddie Redmayne. She plays a 19th century adventurer whose husband, Pierre Wren, died in a hot-air ballooning mishap. (Aeronauts were adventurers who used balloons to take to the skies.) Redmayne plays weather scientist James Glaisher, who teams up with Wren for an 1862 expedition that is supposed to take them higher than anyone has gone before.

James Glaisher was a real person. And though Amelia Wren was not, Harper explained at a SCAD Savannah Film Festival screening last October that she was inspired by Sophie Blanchard, a French aeronaut.

“She was so different from James Glaisher, I thought… wouldn’t it be amazing, dramatically, to put those two very different people in the basket together?”

Blanchard became the first woman to become a professional balloonist, and Amelia Wright’s life story closes tracks that of Sophie Blanchard. In real life, Blanchard’s husband, Jean-Pierre, suffered a heart attack in his balloon, fell, and died from his severe injuries. In her career as an aeronaut, Sophie Blanchard had more than her share of adventures and near-death mishaps like the ones that bedevil Amelia Wren and James Glaisher in the film.

“She was Napoleon’s head of aeronautics, believe it or not, and every military procession, she would fly up as a sort of propaganda technique,” Harper said.

Also read: On the Basis of Sex Director Mimi Leder on the Ruth Bader Ginsburg Biopic, With Felicity Jones as RBG

In The Aeronauts, Amelia Wren and James Glaisher are roughly the same age. But Blanchard probably never would have had a reason to meet the real Glaisher — unless she knew his parents.

The story of Blanchard, unlike the story of Amelia Wren, ended sadly.

“She actually fell to her death [because of] a firework that went into her balloon in Paris, and she fell,” Harper said. 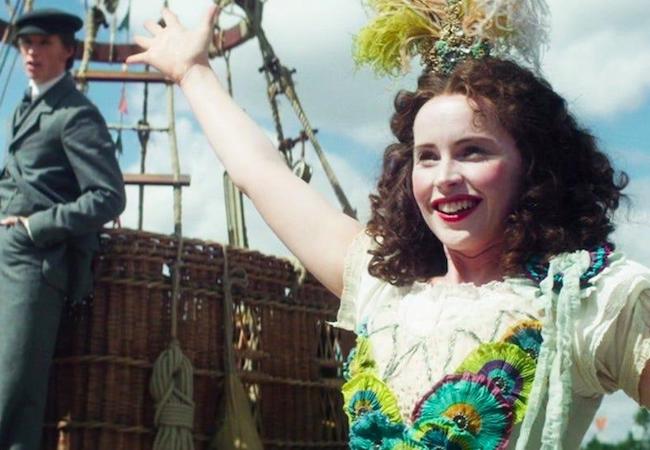 Eddie Redmayne and Felicity Jones in The Aeronauts

So if not Wren or Blanchard, who joined Glaisher on the record-breaking 1862 expedition fictionalized in The Aeronauts? That would be Henry Tracey Coxwell, the other inspiration for Amelia Wren.

Coxwell joined Glaisher on a series of expeditions, and performed acts of heroism different from the ones seen in The Aeronauts. Before The Aeronauts was released, there was complaints from some fans of Coxwell about his absence from the story.

Despite the film’s dramatic liberties, Harper told his very receptive SCAD Savannah audience that 90 percent of the events depicted in The Aeronauts really did happen. The film just compressed and combined them — as movies tend to do.

The Aeronauts is now streaming on Amazon Prime.