A Teller’s Market: How To Tell Your Own Story and Lay Bare Your Personal Brand

Tasked with unpacking the most overlooked, underestimated part of film marketing and distribution, I considered examples of what previous MovieMaker writers had discussed in these pages.

Most of them picked what I would have picked—key art. Key art is everything, and the case for that is well-made in MovieMaker #125. The costs of a theatrical campaign are also incredibly important to know, but that subject was explored in MovieMaker issue #121. So the topic I settled on is the necessity of being available to your audience.

Being available to your audience is something we at the Sundance Institute suggest a lot—often to closed moviemaker ears and closed moviemaker doors, sadly, because no one really wants to hear it. The moviemakers I talk to want to find money, make their projects, then move on. What I’m asking you to do, here, is to be vulnerable not only as an artist, but also as a marketer. Some of the best things in your life and art stand out because they were shaped by moments of vulnerability, and that’s a path you should strive to be on in all things.

Conventional wisdom of the old world of marketing and distribution has it that the artist, actors, and the “above the line” crew members should be made untouchable. The goal behind this line of thinking is to lift these people up and exalt them to celebrity status. But if the YouTube generation has taught us anything, it’s that the new world of distribution is about disintegrating those walls between artist and audience and being available 24/7. I’m not asking you to compromise your safety by bringing strangers into your home, but rather to open yourself to engaging with an audience in a way that feels organic to you. Think of it this way: In 2018, you take the control back. You tell the story and frame how you want to market yourself and your work.

In 2018, you are a brand. You can be a human brand with an authentic voice, or you can be an opaque, robotic brand with presumptions about its own corporate untouchability. Or, of course, you can be somewhere in the middle of those two things.

How can you possibly be a brand? You’re a human, not a number! You’re not selling something at all times! I get it. But you have to separate yourself from the pack because of the over-saturation of content in the current film landscape, and the best way to do that is through personal expression. Doing anything else is phony and reeks of a pre-packaged sales pitch. Modern film marketing demands a certain degree of self-awareness that you can’t just shake off and ignore.

When you don’t openly engage with your audience it conveys, inadvertently or not, the idea that you think you’re better than them. Disabuse yourself of the old world concept that you’re the art maker and your audience is behind a wall, there just to support you. As a fan of others’ works, don’t you want to better connect with the people who inspire you—especially now that we have such amazing tools at our disposal to communicate with people around the world? (If I found out that Nicole Holofcener had a Twitter account, you bet I’d be following it. We’re lucky enough that Whit Stillman tweets from time to time.)

All of this is not to say you should surrender your privacy. This advice will only work for the people who are open enough to want to engage with their audience outside of putting work out regularly. But remember: You made your film because you want to potentially change minds or make people experience certain emotions. Let it be a two-way street and let people bring it back to you with their comments, emails, friend requests. This openness will expand the world of your film.

How can these new people in your life, your audience and network, best connect with you? Be on all platforms—enough for your grandma, an alien, and your next door neighbor to all easily find you. You don’t need to be on Facebook, Twitter, Instagram, Snapchat, and email every day, but you do need to be there to establish a path for people to find you if they want to. At the very least, create all accounts for all of these platforms, then route them to the one platform on which you most want them to engage with you. Put your website on the profile of each account to give your audience a bird’s eye look at you. Make it easy for people to navigate your online artist avatar. Cultivating your audience in these ways isn’t just about promoting the film you have out now, in a vacuum. Building a base that you’ll take with you when it comes time to promote your next project, and the next, and so on is an investment in your future marketing strategy as well.

Every member of your network, or your email list, is part of your audience, even if they’re a “token” like or subscription. It’s scary to start sharing with the world, and a lot of moviemakers I know hate social media. They’re afraid to send their first newsletter. Start small. Start with those tokens, the people who won’t unsubscribe, who’ll love you regardless—your chosen family. From there, you can take more risks, reaching out to new friends… and people who could be turned o by what you’re saying. (It’s a numbers game, so try not to look at that unsubscribe list. It’ll sting.)

Finally, art can be mystifying and your film ought to be something from which people derive myriad meanings. Don’t feel pressure to use any of these communication strategies to over-explain that mystery away from the art itself. You can be an active force online while leaving your work open to interpretation. 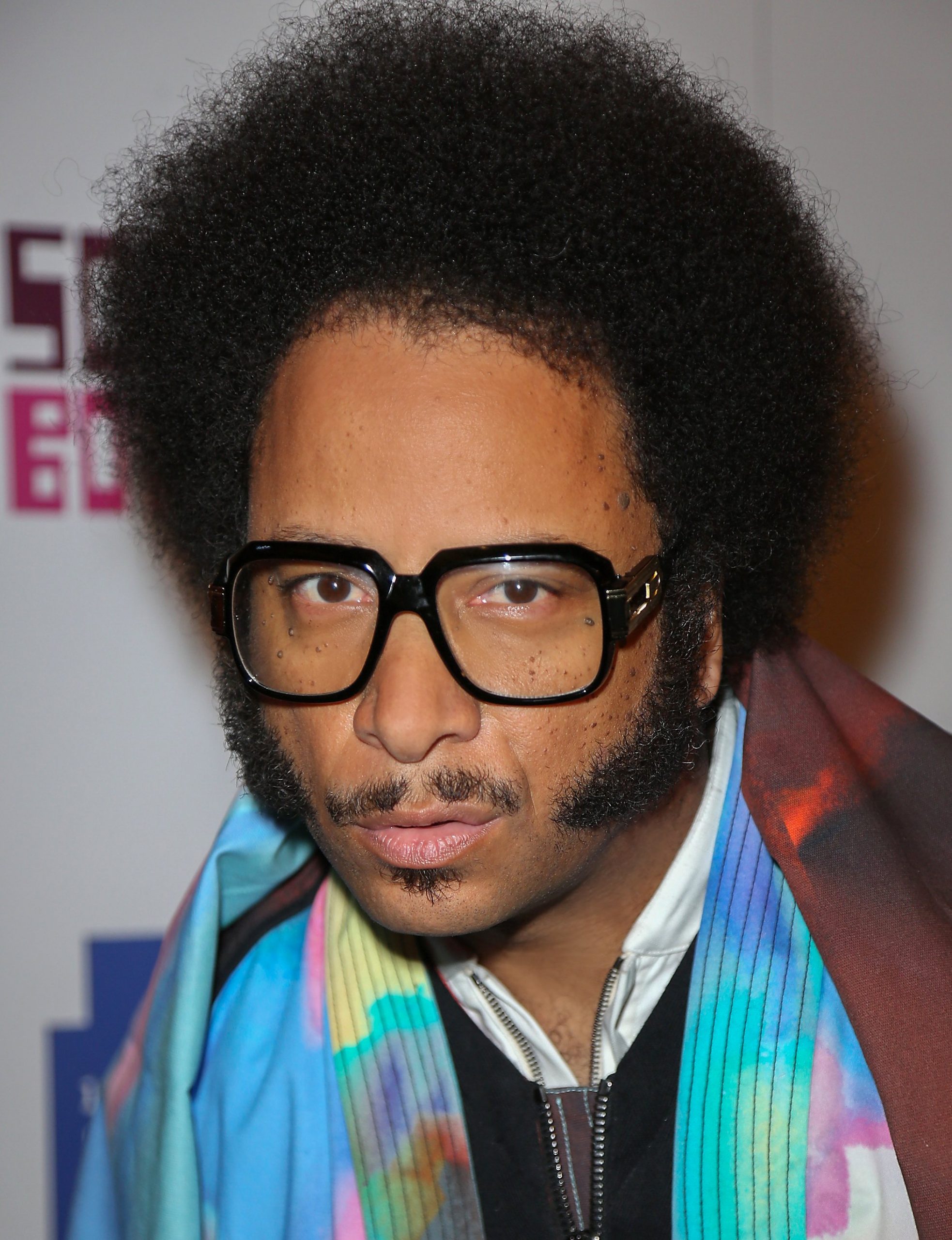 Now that you know the stakes, let’s look at some real world repercussions of you, the artist, being involved, responsive, and available—both good and bad.

1. Audience engagement never ends. Just as movies are eternal, so is promotion. Once you start making movies, you also start promoting them, and yourself by proxy. Look at this as an opportunity, not an obligation. Each time you promote a project is a chance to frame your story in the way you want people to be primed.

2. It’s never too early to start promotion. “Promotion” can even be merely existing on a platform. In 2018 the person and the work are intertwined. You’re promoting just by being a public “you” and reminding people that you exist.

3. You never have to worry if the tone of your marketing campaign fits the tone of your film—as long as you speak in the first person about your love of your project and why you made it. If you make your movie with purpose and talk about what drives you, you can be comedic and personable when promoting a tragic horror film.

These three philosophies are the lenses through which to look at audience engagement. Next you’ll need to know the practicality of it all. What does a marketing campaign entail if it’s a campaign based on the “personal”?

Create a monthly newsletter with a few links to resources you find useful. Incorporate updates about your project, too. The goal with “updates” is to not just share them to notify your audience of basic information like screening times, but to share what could be of use to them. Was it scary to make your first feature? Write about that—about your fears and triumphs. Be authentic. One of the quickest ways to get people to unsubscribe from your newsletter is if they see you as a purely promotional person.

Try to post once a week on each social media platform. Schedule these posts with calendar entries. Bookmark cool articles to share with the platform and audience for which they’re best suited. Retweet what other people post that you think is funny. Connect with people who converse about things you care about.

The pros of this: You can build an entire audience solely out of social media followers. (I challenge you to look at @jimmyc-thatsme’s Twitter account and not be convinced of this.) The cons: You have to stare at a computer and try to be clever once a week, per platform. If this is a challenge, quote other people, share articles, or post pictures of pets.

If you’re a recluse like me who just wants to stay home with your dog, you’ll hate this one. But you need to make an earnest effort to attend at least a few events per year where you can meet like-minded moviemakers and pick their brains about their pending projects. When you’re there, don’t just pitch and talk about yourself; ask people about what they’re working on. Be human. Care. Listen. That’s the start to a friendship—and that, my friend, can be networking as well. Networking doesn’t have to be soulless. Networking leads to email addresses. Email addresses can be added to your newsletter. Your newsletter promotes you and your project. Voilà.

Put your email address everywhere. For example, here’s mine: womanashil@gmail.com. Put it on your website (and not an info @ but a real name), put it on your business card. I’ve been doing this for 10 years and have yet to receive one negative email from someone who’s watched my work. People will reach out because they’ve experienced similar events to those depicted in your work, and that’ll push you to make the next project you know will strike a chord. If this level of transparency scares you, create an email address separate from your primary address and relay all new contacts to that one. That way you can abide by the boundaries you set for yourself while getting the exposure you need.

For better or worse, one symptom of the content over-saturation spawned by online platforms is that almost no one will care about your project as much as you do. In an age in which the film industry’s so-called gatekeepers are losing power, you need to rely increasingly upon yourself to build your own audience. True democratization of independently made content means becoming less dependent on others to market your work.

Audience engagement comes down to scratching that itch to connect with others, and that’s at the core of moviemaking itself as much as it’s about promotional messaging. So, do it in a way that’s both safe and rewarding. The loyal network you build today will pave your path to a sustainable marketing model. MM

A Sale Unto Oneself: About To Have Your First Market Experience? Here’s Why Self-Distribution Is the Way To Go
Things I’ve Learned as a Moviemaker: Matt Dillon