A Screenwriter’s Guide to Getting (and Keeping) an Agent: An Interview with David Boxerbaum of Paradigm

Many new screenwriters think about getting an agent as soon as—or even before—they’ve finished their first scripts.

For most people, this makes about as much sense as trying out for the Olympic gymnastics team as soon as they’ve turned their first cartwheel. But for those with several well-polished scripts on their hard drives, and perhaps a contest win or an “8” on The Black List for validation, seeking an agent is a reasonable next step.

Most reputable agents and agencies have signed an agreement with the Writers Guild of America (WGA). The list can be found here.

There are several ways to find the names of individual agents at the bigger agencies:

—Google the names of screenwriters you admire. Articles in trade publications like Variety will often mention who represents them.

—Read the annual Black List announcements, and see who represents the writers on it.

—Check out the announcements of recent sales and writing assignments on Done Deal Pro (annual fee).

—Options for contacting agents include pitch fests (both physical and virtual), but these can be expensive and are often unproductive.

With a little online digging, asking around on screenwriting forums, or an IMDB-Pro subscription (free for the first 30 days), it’s possible to track down many agents’ email addresses. But does it make any sense to send query emails to agents, or is it a waste of time? And what are some other ways to get an agent?

To find out, MovieMaker spoke with David Boxerbaum at the Austin Film Festival Writer’s Conference. Boxerbaum is a senior agent in the Literary Department at Paradigm, one of Hollywood’s leading agencies. A graduate of NYU’s Tisch School for the Arts, he got his start as an assistant at Jerry Bruckheimer Films. At age 26, he was one of the youngest people to be named to The Hollywood Reporter‘s “Next Generation Top 35 under 35.”

Lauri Donahue, MovieMaker Magazine (MM): On an episode of Scriptnotes, hosts John August and Craig Mazin talked with an agent who said that query letters and contests and most other things writers tried in order to get representation were pointless. Do you agree?

David Boxerbaum (DB): Queries aren’t necessarily going to work as well as other things. It’s not true across the board that agents don’t read queries or pay attention to contests. A lot of the business of writing is about passion and about believing in yourself and finding alternative ways to get your material read. And you can point to success stories of writers who have accomplished it via queries and via competitions.

DB: Recommendations help. Definitely agents will give them more credence than many other things like a query letter.

MM: How did your last several writer clients come to you?

DB: A couple of them came from other agencies, larger and smaller.   Some came through other clients, or were writers I’ve been in contact with over the years and have a relationship with. Some writers had heard of me and my reputation and my success and wanted to see if they could have that same kind of success. One came from a manager who recommended the writer to me and his script ending up selling for a lot of money.

MM: How about writers who didn’t have representation before?

DB: Those are few and far between these days. I don’t take on a lot of brand-new clients who never had an agent before. When I do it’s mostly due to recommendations. I did sign someone who won the Nicholl Screenwriting Fellowship [run by the Academy of Motion Picture Arts and Sciences]. I’ll look at winners of contests with that kind of stature. Other contest winners don’t necessarily make it to my desk.

MM: What do you advise for writers who want to network themselves to an agent? Working as an assistant? Going to film festivals like Austin?

DB: Both great ideas. Working in the business is a wonderful way to get your feet wet and understand how the business works. Anything you can do to educate yourself to the in’s and out’s of our system helps you navigate better when you want to get your script to the right place. It’s all about getting your script into our hands and making it to the top of the pile. So how do you get it there? The query letter is a difficult process and the chances are slimmer. Coming to festivals—Austin, Sundance, Cannes—networking and being out there gives you a much better chance of getting in people’s faces. You need to be tenacious and passionate. Working in our business, you’re really inside the system. Many assistants who’ve worked in our business have turned out to be successful writers. So to me that’s the best route.

MM: Do people ever come up to you at festivals and say, “Hi! I’m Bob! Want to read my script?”

DB: I prefer much more of a personal approach: “I’m Bob. Nice to meet you. I’m a fan of some success you’ve had.” Don’t just attack someone and ask them to read your script. That rarely works. There’s maybe a one in a thousand chance that will somehow start a conversation and pique their interest.

MM: How should a writer effectively network?

DB: The Austin Film Festival is a great place to meet other writers, producers, showrunners—people you’re fans of. You’re surrounded by many passion-driven writers. You can form a group of people doing the same things. Build your material by working with other writers in order to be successful. When it comes to agents and managers, it’s about starting a conversation and seeing if there’s a symbiotic relationship: “You’re looking for something like this, and I’ve written something like this.”

MM: Once a writer has an agent, what are your top tips?

DB: 1. Great writers write. You’re always honing your craft. 2. Learn and understand the business as much as we do. Do your homework. Research what’s going on, what’s selling, what’s happening. 3. Be respectful. Call and email as much as you need to, but understand that we’re out there doing our jobs as hard as we can for you. The most important thing on our minds is getting you opportunities in the marketplace.

MM: When you say educate yourself, what do you mean?

DB: [It means] reading Deadline, reading The Wrap. Educate yourself about what’s going on. Having that kernel of knowledge will put you ahead of other people.

MM: Any other advice?

DB: Half the business of being a writer isn’t just sitting down by yourself. It’s also going in a room and pitching a movie—having a conversation. There’s a real art to that. And it’s important for writers to understand how to rein in a personality when needed and when to be outgoing when needed. You’re sitting down with people and they have to decide they can work with you for six months or a year. Can they have a conversation with you? Can you be real with each other? Some writers are going to be introverts. So they have to work on it.

MM: So how should writers handle meetings?

DB: Be yourself. Ask questions. Talk about who you are, what you’re passionate about, what you love to write, and what inspires you. Look for something in the room that you can speak to. See something you can relate to. “I see that you have a cheese with ‘Wisconsin’ written on it. My mother is from Wisconsin.” Those little things go so far.

MM: Do you have any horror stories about bad behavior by writers in meetings?

DB: I’ve heard of writers going in and being disrespectful to executives or telling them that their notes were terrible. If you take the wrong step, it’s a small business. Everybody knows everything and everyone talks. You’d be surprised how quickly someone’s actions in a room—what they say and what they’ve done—will spread and infect them. There are times that you’ll be treated unfairly. The agent can be the bad cop in that case.

MM: What are the biggest misconceptions screenwriters have about agents?

DB: That we’re out for us, we’re not out for them. That all we care about is the dollars—we don’t care about the art. To me, the reason I do what I do is to represent art. It’s a wonderful opportunity to see that art grow—to see people get to the point where their movies are being made, TV shows are being made.

MM: What do you wish screenwriters knew that they don’t?

DB: I wish they knew how grateful that should be for any kind of success they get. It’s an extremely difficult and long road to success and getting any of it is something you should appreciate. There are many other people who would love to be where they’re at. MM

Fighting Sex Slavery: Siddharth Kara Discusses the Impact of the Ripped from the Headlines Film Trafficked
The Killer Idea: Learn to Turn a Stimulating Premise Into a Dynamic Script from My Friend Dahmer’s Marc Meyers 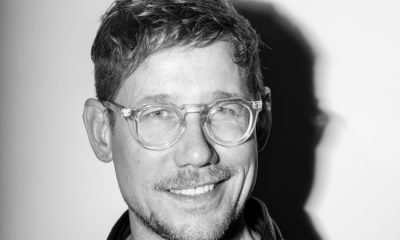