Getting A+ VFX: How Top-Notch Visual Effects Can Make Your Indie Feature Dazzling

The average indie moviemaker: “Visual effects? Not on my budget.”

Not so fast. Independent features can make the most of visual effects by using them in smart ways. We asked some of the best visual effects artists in the field to burst some misconceptions and reassure your producers: Hey, that sequence is possible!

Do You Need VFX?

Hear “VFX” and people think immediately of CG characters and out-of-this-world environments. But there are a plethora of other uses for visual effects: stunts, green-screen and blue-screen compositing, simulating natural phenomena, bullet hits and many more.

“We do a lot of work on replacing signage in the backgrounds of shots where there might be legal clearance issues,” says visual effects supervisor Matt Bramante from Los Angeles VFX studio Locktix. “We can come up with solutions in production that indie moviemakers might not be thinking about, because they’re concentrating on making sure they can get everything in the can.”

The advice we heard time and again? Get the VFX team involved early.

“Talk to a VFX supervisor you trust early in the process,” says director and visual effects supervisor Bruce Branit, who has worked on countless TV and film projects and directed shorts such as “405.” “It’s as important a position in pre-production as the DP or art director. Get them all working together, early. The more you can get in camera, the better the soil will be to grow great VFX in. Trust them to find the best ways to parse your effects needs into a shootable budget.”

Branit cites an example: “I advised on a small indie film recently that needed a huge reveal shot of thousands of kennels of sick dogs. The filmmaker wanted to discuss doing this with CGI animals. The budget involved was about a twentieth of what we needed. So I recommended a shot with one or two practical dogs and a zoom out to show the kennels at an angle that wouldn’t show the dogs—maybe a set extension effect to sell the massive amount of kennels and cages, and then pulling the rest off with sound effects of thousands of dogs barking.”

OK, but won’t getting a visual effects supervisor in early cost more? Not necessarily, says Matthew Graham, a producer on 2015 Australian indie Infini and the upcoming Science Fiction Volume One: The Osiris Child, and co-founder of Orb VFX. “It’s obviously going to cost something to hire a VFX supe, but the benefits of not going overtime during the shoot and in post always outweigh the alternatives. It doesn’t have to a major early involvement—just being able to turn to the VFX supervisor for a ‘Can we do this shot or can’t we?’ Some early previs means you also know exactly what days the supervisor needs to be on set—i.e. how many days you need to pay him or her.”

Graham worked alongside director Shane Abbess and VFX supervisor Steve Anderson, who devised a practical technique where a small stepper motor attached to a table provided just the right amount of vibration (enough to synchronize with the frame rate of the camera) to make blood appear to ooze forward and backward. A similar technique incorporating the motors was used to provide motion to jelly-like alien fingers, too.

Graham wants moviemakers to be conscious of their needs. “There is always something to remove, extend, enhance,” he says. “The sooner it’s planned for and budgeted for, the less pain and cost in post. All too often I see a ‘non-VFX’ film require 100 VFX shots with little to no money put aside.”

Plenty of VFX studios that work on the major film franchises offer their services to independent productions at scaled-down rates.

Vancouver-based Image Engine’s visual effects executive producer and general manager Shawn Walsh offers this advice: “Seek out partnerships with visual effects studios whereby you can leverage existing talent, pipeline technology or portfolio capability and current crewing to achieve your effects. By being strategic with where and when you place your work, you can take advantage of things you’re not paying for—the intangibles of what the studio has accomplished to date, and their availability.”

Deluxe’s Method Studios is a VFX heavyweight that has leapt into independent filmmaking, most recently with Swiss Army Man. That movie’s directing duo, Daniel Kwan and Daniel Scheinert, already had extensive VFX knowledge from their prior music video and commercial work, which meant that Method accomplished a lot of shots so smoothly as to be unnoticeable, says visual effects supervisor Eduardo “Alvin” Cruz.

“We did a lot of green-screen comps, wire/rig removal, full ocean replacements, fire and smoke, as well as matte paintings, a 3-D bridge and stunt double facial replacements,” he says. “Animals like the bears, raccoons or birds were also digitally manipulated in post.”

Dip Your Toe In, Too

Director and visual effects supervisor Steven Gomez pitched his sci-fi action film Kill Command to Vertigo Films. The film’s array of CG robots and complex compositing work was made easier by Gomez’s pre-existing handle on visual effects, via his studio Bandito. On set, it meant that the director knew what could be achieved in computer graphics or with careful compositing. “There were a lot of occasions where I would say, ‘Well, we don’t have time to shoot the reverse shot of the robots. Let’s just take a load of pictures in that direction and we’ll move on.’”

Even if you don’t have Gomez’s expertise, however, you can learn to think like a VFX supervisor. Today’s democratization of visual effects tools means it’s now much easier to get down and dirty and at least have some knowledge of commonly used apps. 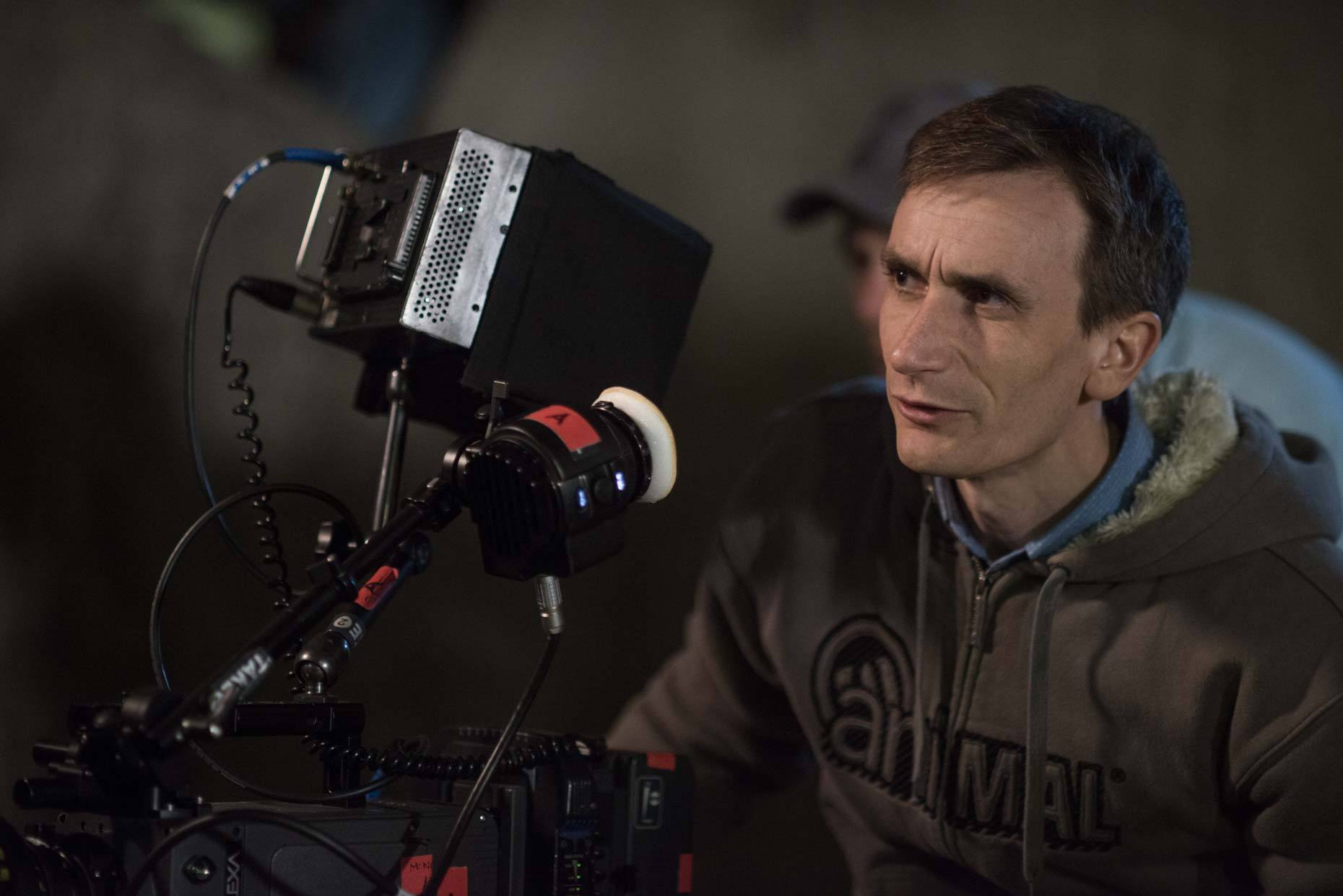 This will help tremendously with discussing visual effects concepts, says Branit. He recommends spending some time with Adobe After Effects, The Foundry’s NUKE or Blackmagic’s Fusion. And for inspiration, “watch the made-for-TV movie End Days on Netflix, the first film by Gareth Edwards. He cut and did all the VFX in After Effects himself from his apartment. It’s no Rogue One, but it is inspired in its resourcefulness.”

There are plenty of ways to get a grip on core visual effects principles online. Here are a couple of sites that provide a crash course in the basics:

In the end, the lesson is to not think of VFX as a process relegated solely to post. Anticipating it will inform your entire journey on a film.

“People constantly tell me how they loved the aliens we created on [Neill Blomkamp’s breakout indie] District 9,” says Image Engine’s Walsh. “But I bet they don’t realize how efficiently Neill used those shots—never wasting a frame of screen time on something that wasn’t in service of the story. That aspect was just as key to the execution of the aliens. Prioritize visual effects needs, and validate them as a good spend in support of story.”

The tools that aid effects go far beyond CG modeling, animation and compositing software. Our VFX experts list their other favorites.

Bruce Branit: “Check out Prolost Boardo by Stu Maschwitz for ripping together a quick animatic from boards within After Effects.”

V.W. Scheich, director (Interwoven) and producer at Locktix Visual Effects: “Use FrameForge Previz Studio for previs and moving storyboards. You don’t have to be an animator or a modeler—it’s just drag and drop and you don’t have to be photo-accurate. You can do almost anything with all the data.”

Alvin Cruz: “I use Setellite as an on-set VFX organizer. It can gather all the information that you would need at the post stage. The My Measures Pro app is always on my iPad. In it I collect all the measurements I take with the Leica Disto laser distance meter.”

James Hattin, creative director and co-founder of VFX Legion: “With a remote workforce, keeping this as ‘face to face’ as possible is important. We use a lot of cineSync and Zoom to chat with our filmmaking partners.”

Matthew Graham: “We use ftrack for in-house scheduling. It’s constantly evolving and integrates with our NUKE and Maya pipe. You need to keep up with advancements, but best not to be on the bleeding edge of technology in the midst of production.” MM

Children in Peril: Why A Monster Calls Director J. A. Bayona is All About Intensity
The Art of the Tease: Reel ’Em In With a Trailer That Looks the Very Best Your Film Can Look