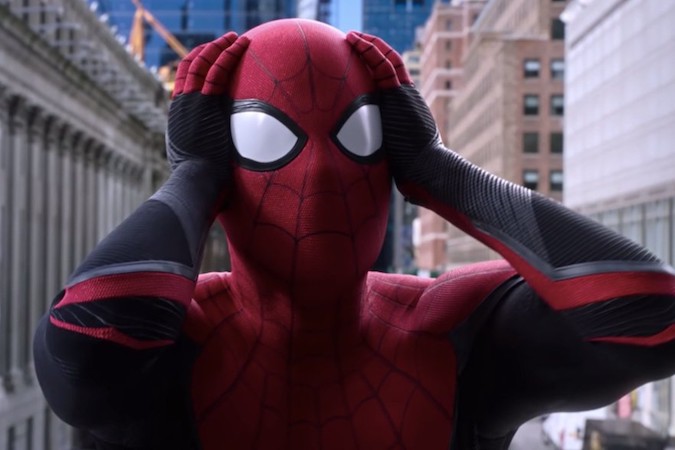 In today’s Movie News Rundown: Dennis Hopper on a helpful dictionary definition; rooting hard for Spider-Man; people get mad at Licorice Pizza, of all things.

But First: You may have noticed our site having technical difficulties lately. Us too! First we were getting incessant spam comments, then the cure was worse than the disease, and long story short, we’re doing everything we can to get this resolved and we appreciate you staying with us.

Super Mario, Bros: Are you suspicious of everyone who says “bro”? Me too. Also, “chief.” And anyone who calls you “boss,” especially if you are their boss, is definitely planning to kill you. Anyway, here’s a very entertaining new episode of The Industry podcast that, in honor of the newly planned Chris Pratt Super Mario Bros. movie, looks back the disastrous 1993 Super Mario Bros. movie. One highlight of the episode is a Dennis Hopper meltdown in which the Blue Velvet star forces someone to get a dictionary and look up the word “act.” Listen on Apple or Spotify or here:

Act (akt) v. 1. perform a dramatic production. 2. to behave, conduct oneself: I love Dennis Hopper too, chief, but I heard he acted like an ass on the set of Super Mario Bros.”*

Licorice Pizza: Proving once again that there is nothing good on the internet**, a ludicrous discussion ensues on Twitter over whether the new Paul Thomas Anderson film should be condemned for portraying 1. a romance between a 15-year-old boy and 25-year-old woman 2. casual racism in 1973. This is an easy one, so all together now: Depictions of behavior are not endorsements of behavior. There is a difference between performing in a dramatic production and the way you behave or conduct yourself in real life.

Not So Fast: The 10th installment in the Fast & Furious Franchise is delaying its release in theaters by six weeks, and will now be out in May 19, 2023. Also, you guys? Speeding is wrong.

No Spoilers: Variety does a pretty good job of hinting at what happens in Spider-Man: No Way Home by saying it “delivers a franchise-best meta-adventure that sprawls two decades of the Spidey brand.” I haven’t seen it, but are you thinking what I’m thinking? They’re totally bringing back James Franco, right?

But Seriously, Spider-Friends: Spider-Man: No Way Home could be a box-office savior, with Sony projecting it could pull in $130 million in its opening weekend, according to CNBC. Some estimates are even higher. I hope they’re right. Our reasonable 2019 worries about blockbusters crowding other movies out of theaters have been replaced, for me, with fears of theaters closing altogether. Go support a local theater, if you can. If you go at the right time you just might have the whole auditorium to yourself, like the missus and I did last week when we went to see Ghostbusters: Afterlife (surprisingly good!). Wear a mask if there are other people around, etc.

P.S.: Just a question, but can anyone find a case of a COVID outbreak being traced to a movie theater? Nearly two years into this thing, I cannot. I say this as someone who has been verrrrrrry careful about COVID. Please share a link in the comments if I’m missing something and I’ll share it tomorrow.

Finally: As I work on each new print issue of MovieMaker, I find myself listening to the same things again and again. Lately it’s this.

Main image: A threat or menace seen terrorizing the citizens of Manhattan.