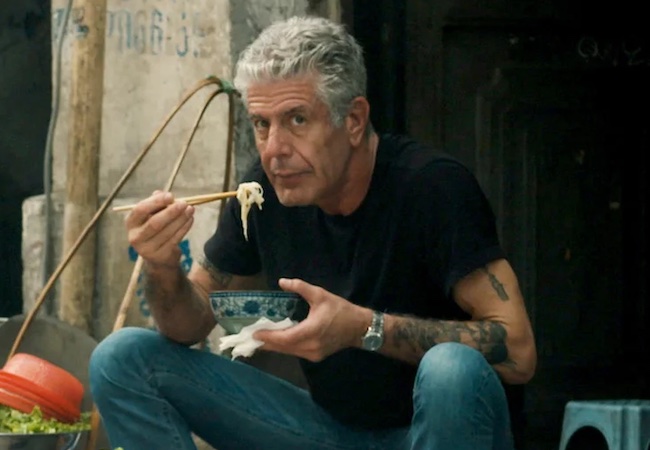 But First: Our 2021 list of the Best Film Schools in the U.S. & Canada will be out this week. If you’re subscribed to this newsletter, you’ll get it in your inbox. If not, sign up here.

What Won at the Box Office This Weekend? Space Jam 2, which was released simultaneously on theaters and HBO Max. It earned $31.7 million domestically.

How Did Black Widow Do? It came in second. In its second weekend, The Hollywood Reporter notes, Black Widow fell to $26.3 million domestically, a 67 percent decline that is the worst for Disney’s Marvel movies. As we noted last week, it had the largest domestic box office opening weekend since the pandemic began, earning $215 million globally, including $80 million in domestic box office, $78 million internationally, and more than $60 million from Disney+ Premier Access, in which Disney+ subscribers could pay $30 extra to watch it at home.

Of Course: Black Widow remains available for home viewing, though numbers for this past weekend were not released. There are lots of other factors that may have made people prefer to watch at home, including the rising Delta variant of COVID-19, and a mask restriction returning to Los Angeles, the biggest domestic market.

Stung: The National Association of Theater Owners says Black Widow‘s simultaneous rollout in theaters and for home viewing resulted in a “disappointing and anomalous performance” that should mark the end of such simultaneous releases. “Why did such a well-made, well-received, highly anticipated movie underperform? Despite assertions that this pandemic-era improvised release strategy was a success for Disney and the simultaneous release model, it demonstrates that an exclusive theatrical release means more revenue for all stakeholders in every cycle of the movie’s life,” NATO said in a news release. It also asserts that the home release contributed to piracy. Theater owners, of course, have a vested interest in films opening exclusively in theaters. Disney, which released Black Widow, did not immediately respond to a request for comment.

A.I. Anthony Bourdain: Morgan Neville, director of the new Anthony Bourdain documentary Roadrunner, revealed to GQ’s Brett Martin that he “fed more than ten hours of Tony’s voice into an AI model” to make it sound as if Bourdain was saying things in the film that Bourdain had actually only written. Neville told The New Yorker‘s Helen Rosner that one of the segments that used an A.I. Bourdain voice was an email in which Bourdain laments to a friend, artist David Choe, “my life is sort of shit now.” Neville explained: “If you watch the film, other than that line… you probably don’t know what the other lines are that were spoken by the A.I., and you’re not going to know… We can have a documentary-ethics panel about it later.”

He Was Correct: The documentary ethics debate quickly ensued on Twitter, where people objected to the fakery. New Yorker writer Paige Williams wrote: “Pretty simple. If it didn’t happen, don’t pretend that it did. There’s a name for that: fiction.” Others called it “ghoulish.”

Also: Neville said in the initial GQ, article, “I checked, you know, with his widow and his literary executor, just to make sure people were cool with that. And they were like, Tony would have been cool with that. I wasn’t putting words into his mouth. I was just trying to make them come alive.”

Bourdain’s Ex-Wife Disagrees: “I certainly was NOT the one who said Tony would have been cool with that,” tweeted Ottavia Busia. Neville later told The New Yorker‘s Rosner: “I didn’t mean to imply that Ottavia thought Tony would’ve liked it. All I know is that nobody ever expressed any reservations to me.” Busia followed up with Rosner to say she recalled that the idea of using A.I. had come up, but that she didn’t realize it had actually happened until the social media debate began. “I do believe Morgan thought he had everyone’s blessing to go ahead,” she wrote to Rosner. “I took the decision to remove myself from the process early on because it was just too painful for me.”

Pig Out: In happier news, Nicolas Cage is delighted by the positive reviews for his new film Pig, in which he plays a truffle hunter lured into the big city when his pig goes missing. Cage has received some not-great reviews in recent years. “It’s very nice to have enthusiastic response. It’s a little surprising, but very nice,” Cage told The Hollywood Reporter.

May I Editorialize?: Nicolas Cage should have won an Oscar for Mandy.