A Hidden Life: August Diehl and Valerie Pachner Say Terrence Malick Filmed Them While Sleeping in Between Takes 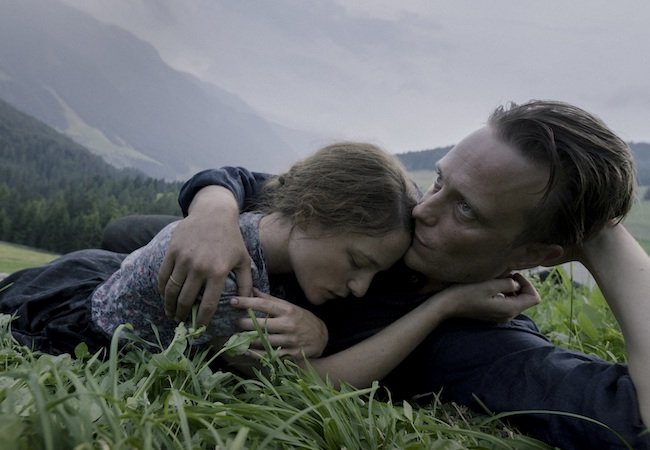 A Hidden Life director Terrence Malick has a reputation for keeping a low public profile. But the film’s stars, August Diehl and Valerie Pachner, say he can be just as elusive on set—filming über-long takes so often that they’d literally forget the camera was there and fall asleep while it was still rolling.

“The beauty of Terrence’s work is that he’s actually looking for little failures. He feels that it’s in those moments where real life happens,” Pachner said in a conversation with Diehl for MovieMaker‘s 2020 Complete Guide to Making Movies.

Also Read: Quentin Tarantino: What Once Upon a Time… in Hollywood Borrows From The Stuntman

“He’d film us sleeping in-between takes, looking up at the sky, strolling on set, stumbling over ourselves,” Diehl added. “All these things that would normally happen off-camera were happening. He filmed and filmed and filmed, always looking for something to capture. A director should be extremely curious in that way—searching for actors’ real personalities.”

In the film, Diehl and Pachner play married couple Franz and Franziska “Fani” Jägerstätter. He is an Austrian conscientious objector whose refusal to take an oath to Hitler lands him in prison. Her faith is tested as their family becomes an object of scorn. Both actors say that Malick’s embrace of happy accidents led to more truthful portrayals.

“What struck me was that Terrence never cared about whether something that happened—rainy weather or any other unplanned event—didn’t match the continuity of a scene,” Pachner said. “He was always happy when unexpected things happened. During one take we filmed, there was a baby crying in the street and it didn’t fit the scene, but Terrence was glad that it happened. It’s an interesting approach: to welcome whatever happens accidentally into the film. There’s a certain amount of uncertainty about his process, so you have to be brave enough to dive into that way of working.”

A Hidden Life, directed by Terrence Malick, is now in theaters.

Quentin Tarantino: What Once Upon a Time… in Hollywood Borrows From The Stuntman
How Two Popes Screenwriter Anthony McCarten Balances Heavy Themes and Humor