64 Died in a Nightclub Fire — and a Whole Government Resigned 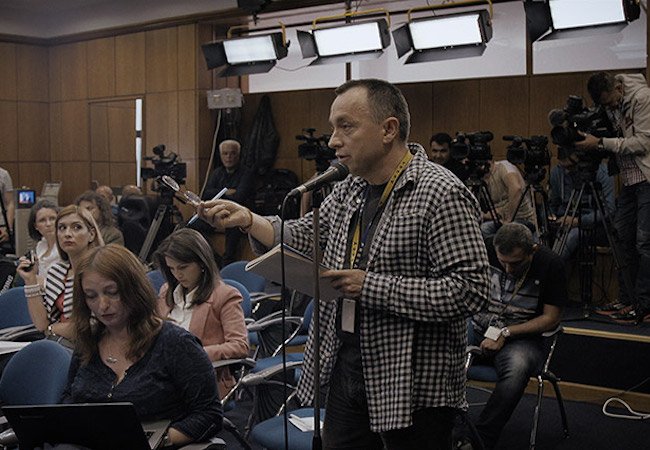 The horrors of the 2015 Colectiv nightclub fire in Bucharest, Romania — as recounted in the stunning documentary Collective — are unfortunately not hard to imagine happening here, or anywhere:

Thirty-eight more people, being treated for their injuries, died in a hospital where bacterial infections ran rampant because a corrupt company, unchecked by regulators, sold severely diluted disinfectant.

But what happened next was stunning. Young people took to the streets, protesting for weeks, and cheering, by name, the reporters who exposed the disinfectant scandal. They blamed government corruption for the fire and the hospital deaths. They demanded resignations — and got them.

Should you watch a documentary about events that happened five years ago in Romania? Yes, because Collective tells a universal story of what happens when no one’s closely watching the government.

“Before this fire happened, there was a lot of corruption and scandals under members of the government. And so the tension in society was pretty high already,” Collective Alexander Nanau tells Eric Steuer on the MovieMaker podcast.

“But the fire and the fact that it was a popular club that was functioning without fire exits, and that killed so many young people, really led to a national tragedy, because everybody became aware that this club could not function if there were no bribes paid to the firemen to authorize it to function.”

He continued: “The young generation for the first time understood, ‘Okay, wait a minute, it’s not really about them stealing our funds, our public funds and our money. They’re really killing us now.'”

You can listen to the entire episode on Apple or Spotify or here:

In addition to the deaths, dozens were injured. Collective has so much corruption and fallout to cover that it almost breezes over one of the most absurd parts of the story: The Romanian news media was in such a sorry state at the time of the fire and the hospital scandal that a sports publication, Gazeta Sporturilor, was the news outlet that broke the story of the weakened disinfectant. The reporting was led by crusading but even-tempered editor-in-chief Catalin Tolontan.

“In the first days after the fire, the whole Romanian press failed really badly, because they didn’t question what authorities were telling everybody. But Catalin Tolontan and his team were, and are, pretty famous investigative journalists. They were active in the sports world, they brought down sports ministers that had to go to jail and so forth,” Nanau says. “And it was for the first time that they felt they had to use their knowledge in the healthcare system, because nobody else did it.”

The appalling discoveries just keep coming in Collective: At one point, Tolonton’s team discovers that maggots are festering in burn victims’ wounds, proof that the hospital is neglecting them.

Because of the paper’s investigation, the entire Social Democratic government resigned, and technocrats stepped in to replace them. (Only the president kept his job — in Romania, the prime minister leads the government, and the president represents the country abroad and serves as head of state.)

But even the sweeping change didn’t have a lasting effect – after a year of technocrat governance, the Social Democratic government returned. And today, thanks in part to the pandemic, the Romanian news media remains in a sorry state, Nanau says.

“You can’t rely anymore in Romania on TV broadcasters, because even now, during the pandemic, what the government did is they … didn’t try to save the cultural world at all, they didn’t put money into it. But they opened a huge fund for TV broadcasters,” he says. “So in a way, they just bribe them.”

How Quarantine Inspired Keith Dennie to Make The Moment: ‘You Can Only Watch Netflix and Play Video Games for So Long’
How Does Legion M Work? Inside the Fan-Focused Backer of Mandy and the New Archenemy