Stamping the MovieMaker seal of approval on each destination in our annual guide to the 50 Film Festivals Worth the Entry Fee is only the beginning.

It’s a risky endeavor, doubling down on the decisions we reach to figuratively—and, as has often been the case over the years, quite literally—send our readers packing to a festival that could affect not only their trust in our endorsements, but also their next pitch session, distribution deal, and very career trajectory. But double down we do, with a deep faith in the way we’ve distilled our secret scoring sauce.

As the late, great Roger Ebert said of his film reviews based on the star rating system, “stars are relative, not absolute.” The same principle stands when considering our criteria for which festivals give that coveted bang for your buck. If a festival is utterly uninterested in, say, cultivating market activity, but pathologically committed to bringing creative partnerships to fruition, do its rights negate its wrongs? Perhaps. If a festival spares no expense to fund unfinished projects and arm independents with equipment that’s out of their price range, but can’t afford to fly and house all its attendants, do we dock points because it’s “cheap”? Probably not. If a festival hosts a bevy of practical workshops but falls short of being a programming paradise, does its DIY-friendly awe override its screening schedule’s flaws? We think so.

Don’t misread us—the festivals we’ve handpicked here aren’t teeming with setbacks to apologize for, far from it. But none is perfect, either, and that’s why we’ve taken great pains to grade them to scale, based on how well they do what they set out to do, and how compatible they’ll be with the needs of disparate moviemakers.

So, what things do we deem irredeemable? Programmed submissions can’t take a back seat to films programmed by other means. Networking can’t just be relegated to post-screening chatter. “New media” can’t just be ghettoized in a few novelty discussions as episodic indies, web series, and VR continue to redefine storytelling capabilities. And a record of mere press and distributor presence can’t qualitatively measure how that presence is impacting moviemakers’ bottom line.

If those are some of a film festival’s dos and don’ts, the question for you, dear moviemaker, to ask now is: What are my own? We hope that for every long and short-term goal you identify—be it finding your film’s proper audience, garnering tricks to be a better collaborator, or announcing your official “arrival” with an awards sweep—we’ve also identified a place where you can make it all happen. — Max Weinstein 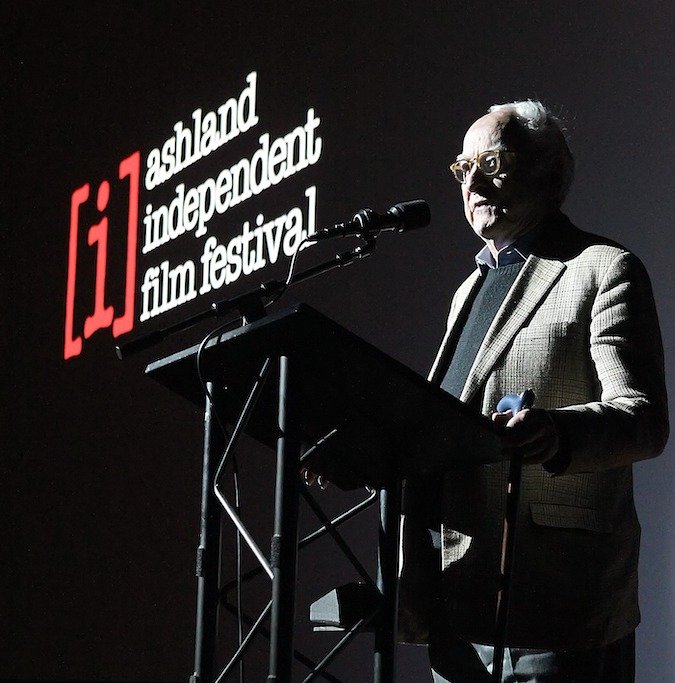 Submitting to screen at this five-day Southern Oregon fest comes with the promise that your film will be viewed and evaluated by more than one screener. Ashland Independent Film Festival’s crowd of over 7,000 fills out the art-deco Varsity Theatre, historic Ashland Armory, and other venues to take in over 90 doc, feature, and short selections. In 2017, maverick moviemaker Alex Cox took his Japanese-inflected Western Tombstone-Rashomon to AIFF for its world premiere; panels dug into on-screen activism and indie doc journalism in the age of fake news; and Pride Award-winner Jenni Olson conducted a queer film production workshop for Southern Oregon University students. Consistently high-quality programming.

Like the elevation in the Rockies, the competition for Aspen Shortsfest is high, but for those lucky enough to get their short programmed, nothing beats a weekend of mountain air and the dream of following in the footsteps of such prestigious alumni as Damien Chazelle, Jason Reitman, and Sarah Polley—all of whom screened their shorts at Aspen Shortsfest before going on to their own respective illustrious careers. Oscar qualification and cash prizes are just the icing on top of the mountain. 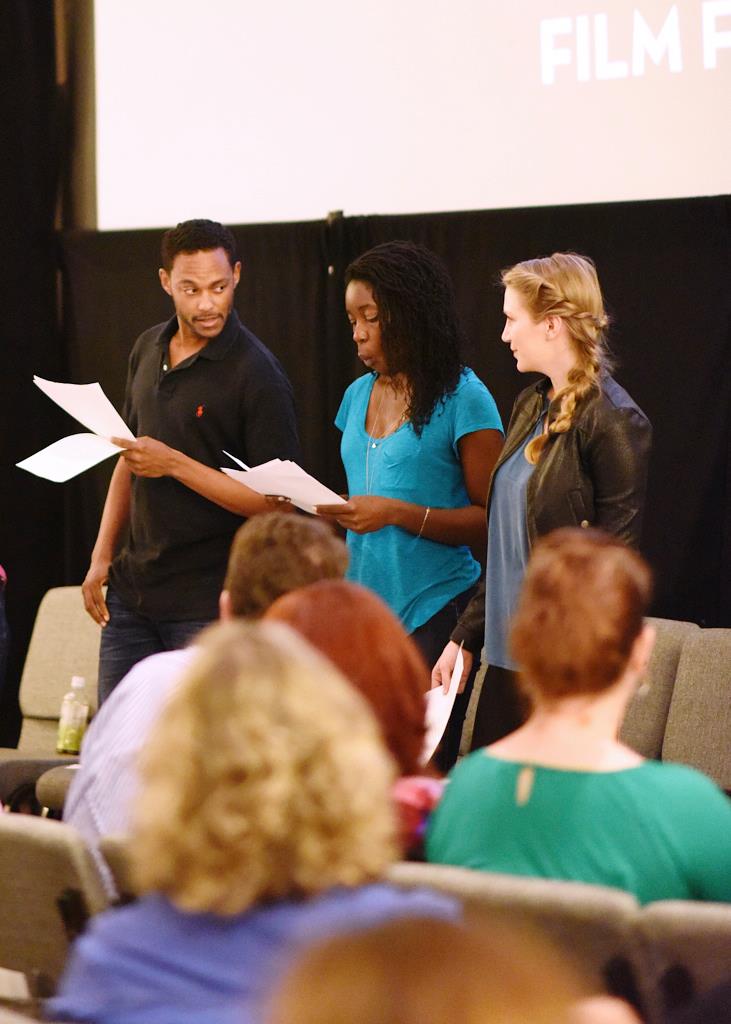 Run by Associate Director Cameron McAllister (also the Executive Director of the excellent Rome International Film Festival in GA), Atlanta Film Festival has capitalized on its strategic partnerships by adding all-new educational initiatives. ATLFF and ScreenCraft have teamed up to co-host the ScreenCraft Writer’s Summit during the fest’s first weekend, and participating pros wait in the wings to mentor screenplay competition winners as they prep their scripts for production during a two-day retreat. ATLFF’s Creative Conference packs a multi-event punch for moviemakers from entry to expert levels, and moviemakers touring the shorts circuit can increase their odds of an Oscar nomination in three Academy-qualifying awards categories.

With an almost unheard of rate of films programmed from submissions, (18 percent!) this north-of-the-border festival might not remain a best-kept North American secret for very long. The world’s celebrated Canadian and international films achieve a rare synchronicity in the programming at Atlantic International Film Festival: Fest-goers have been some of the first to see Room, Brooklyn, Moonlight, and The Square, and yet didn’t have to leave to discover regional gems like Cast No Shadow, Maudie, and Closet Monster before they went on to garner global recognition. What unites us, not divides us, is central to AIFF, right down to the universal pleasures of mussels, oysters, late-night pub crawls—all indulgences at its bustling parties.

You’d think that maybe once a festival lays claim to being the world’s largest convergence of screenwriting and media storytellers, it could lead to complacency on the part of its hosts. Not the Austin Film Festival, which continued to make bold new introductions to its renowned Writers Conference in 2017, including in-depth explorations of narrative podcasting, digital storytelling, playwriting, and web series. A centerpiece of AFF’s 200-plus panels is its Independent Filmmaking Track, focused on indie moviemaking from pre-production to post. And as long as it remains “one of the few festivals in the world that celebrates the writer above all else,” says Film Competition Director Harrison Glaser, gearing up for AFF’s cash prize-filled contests should be every screen wordsmith’s annual ritual.

With an acceptance rate of more than 10 percent and a firm “no programming by any other means but submissions” policy, Austin Revolution Film Festival is proudly unpretentious, with a working class approach that favors bare bones productions over other fest runners’ oft-courted “Hollywood indies.” In that same spirit, ARFF’s 2017 edition presented 125 awards to a class of 125 films, ensuring that most, if not all, programmed features were in the running to bring home rodeo-style awards (some named after treasured alumni) for achievements in their respective categories. Currently the best reviewed festival on Film Freeway, passionate word of mouth keeps this little Texan indie hub that could growing strong.

Celebrating its 15th anniversary this year, BendFilm steeps itself in the laid back, yet heartily engaged arts community culture of Bend, Oregon—a home turf overflowing with award-winning craft beer, surrounding natural beauty, and cinephile citizenry. In 2017, up to $10,500 in cash prizes were doled out to winning moviemakers, but that didn’t detract from the fest’s greater message: One of its handful of panels sought to dispel the myth that only financially privileged filmmakers can build a viable career.

Since it was spawned by co-founders Geena Davis and Trevor Drinkwater and founding sponsor Walmart, Bentonville Film Festival has invited running jokes about the product placement that pervades its proceedings like patches on a NASCAR jacket. But under its corporate veneer, BFF is affecting grassroots change: In 2017, women comprised 67 percent of all directors, 57 percent of competing directors, and 82 percent of award-winners. Also, 64 percent of featured moviemakers were non-white. BFF is also the only festival to offer guaranteed theatrical, VOD, and retail distribution to its Juried Narrative Feature winner, and plans to roll out new prize packages for award-winning shorts and episodic directors this year.

Documentary moviemakers come to Big Sky to make the Big Pitch. Each ensuing year brings new features into the fold of BSDFF’s sprawling DocShop conference, with 2017’s Tribeca Film Institute IF/ Then Shorts pitch dishing out $20,000 in production funding to work-in-progress shorts pitches. Moviemakers also have the unique opportunity to present their films at classrooms in the surrounding area, and can reach and engage with up to 5,000 students across Montana.

Awards season accolades (an Oscar nom for “Watu Wote: All Of Us”) and a North American distribution deal (closed by Cinema Slate for the rights to Lupe Under the Sun) are just some of the fates that have met rising independents who had their regional or U.S. premieres at Brooklyn Film Festival in 2017. “We focus our energy on first and second-time filmmakers. We like to discover talent that is still all ‘potential,’ in places where just a few festivals can reach,” says Executive Director Marco Ursino. An increasingly popular documentary film pitch session, a “Best Brooklyn Project” awards category, waived submission fees for alumni, and more give both local and international moviemakers reason to be borough-bound.