Part of the “new Hollywood” generation that emerged in the 1970s, Martin Scorsese is at the forefront of contemporary cinema, certainly one of the living masters, able to easily infuse a strong dose of reality into each installment of his work. His work measures the difference—both geographically and mentally—between Hollywood and New York.

Scorsese elevates the Freudian needs of sex and aggression to a heightened sensibility. He does not glorify violence, but he does beautify it. It would be hard to argue that the boxing scenes from Raging Bull aren’t some of the most exquisite caught on film. And the haunting conclusion to Taxi Driver is memorable not just for the actions that take place, but for the perfectly rendered image of insanity and disillusionment—a visual expression of a societal contention.

Though most often associated with his work in the gangster genre with films like Mean Streets and GoodFellas, it is not the intense action that makes Scorsese’s films so immensely watchable. Whether immediately recognizable or not, it is the spirit of his films as much as the visual stimulation that appeals to audiences. Says writer-director Jim McKay: “He’s one of the few veteran directors who has kept his passion and his artistic curiosity at the forefront. Decades into his craft, he’s still exploring, learning and taking chances. His work, unfortunately, affects today’s moviemakers much more in the stylistic realm (copycats pay “homage” to the grit, attitude and technical flair) than in the spiritual and artistic realm, which is where, I think, his brilliance lies.”

One need look no further than John Sturges’ The Magnificent Seven (based on The Seven Samurai), Sergio Leone’s A Fistful of Dollars (a remake of Yojimbo) or George Lucas’s Star Wars (inspired by Hidden Fortress) to give credit where it’s due.

In a Time remembrance at Akira Kurosawa’s death, director Zhang Yimou said that “Other filmmakers have more money, more advanced techniques, more special effects. Yet no one has surpassed him.”

Says Facets’ Ray Privett, “Kurosawa was one of the first ‘foreign’ filmmakers whose work I encountered. His drawing on texts I already knew—Macbeth, King Lear and so forth—provided an entry point into a rich and dynamic body of work. But his situating of these texts in a world I didn’t know—Japan—helped me reach beyond familiar reference points in my cinephilia.”

Such is the mystery of Kurosawa: a man who made films in his native Japan, but was more greatly appreciated in the west. He made movies for the people of his country, but was criticized for alienating Japanese audiences. He was a director revered in America when relatively few of his 30 films ever made it to the continent. Yet he remains one of our greatest storytellers, mastering the art of effecting a cultural tale with worldwide significance.

With a team of regular collaborators, including actress Liv Ullmann and cinematographer Sven Nykvist, Ingmar Bergman brought the raw emotion of the stage to film, enchanting audiences around the globe. Working first as a playwright, Bergman’s unflinching interest in the pathos of his characters transcended language, affording him one of the most respected careers in cinema history.

Autobiographical in nature, his films display keen observations of the human condition, whether dealing in comedy or drama. Bergman’s scripts are intellectual and introspective, allowing a stellar group of actors to display more range in one performance than other actors have in their entire careers. Ignoring special effects, Bergman instead employed lighting as his tool of choice. Through constant collaboration, he and Nykvist innovated ways in which lighting could move the story forward: displaying emotion and revealing the hidden secrets of the characters. He easily transitioned the rules of theater to the medium of film, donating a uniquely uncomplicated—albeit not easily duplicated—style to the world of cinema.

As distributor Emily Russo says, “Bergman is quite simply an extraordinarily gifted artist; his originality blazed a trail and left an indelible mark on the cinematic landscape which continues to inspire and be emulated by countless filmmakers who follow him today. His concerns reached the depths of human emotion and spirit and proved to be universal in their language. No serious list of influential directors can fairly omit him.”

In his introduction to The Films of John Cassavetes: The Adventures of Insecurity,BU Film Professor and Cassavetes enthusiast Ray Carney asks: “Do any American feature films work harder to prevent viewers from reclining into their La-Z-Boys of the imagination? Cassavetes’ scenes deliberately swerve away from dependable courses and outcomes. Every time a scene is about to congeal into a predictable tone, Cassavetes will give it a stir; every time a relationship is about to stabilize, he’ll give it a push. Just when the audience thinks it’s figured out the relationship between two characters, a new piece of information or an emotional adjustment forces viewers to reevaluate everything.” Therein lies the inspiration in Cassavetes’ work, and the reason why his films never reached the wider consciousness of mainstream moviegoers: they require work.

Taking a cue from the French New Wave, Cassavetes could well be crowned the pioneer of the American independents. A successful Hollywood actor, he used the money he received from his television and film acting gigs to finance his first foray into film, 1960’s Shadows. Shot on 16mm without a script, the film touched upon many social taboos of the day, most notably that of interracial relationships.

Though seemingly chaotic, his films are meant to represent the true range of human emotions. His films require patience, just like real life. He favored actors as the rulers on set, letting their emotions get the best of them and taking the story where they wanted it to go. In doing so, he created some of the most realistic stories in contemporary cinema, and the most genuine characters—flaws and all—in the history of film. 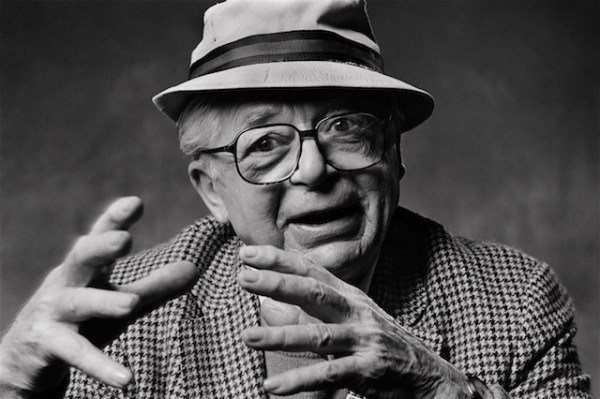 It could be considered ironic that Hollywood’s most beloved writer-director was actually born in Austria, never speaking the English language until he came to America in the 1930s. But perhaps it was his outsider perspective that made him such a keen observer of American behavior. With a slate of films, covering all genres, Wilder set his wit loose on America, and we have yet to recover. Few have managed to match his success in the business, nor his dedication to the occupation. Up until his recent passing, Wilder continued to go to his office each day and work on new ideas.

Says MM Editor at Large Phillip Williams: “In film after film—Lost Weekend, Stalag 17, Double Indemnity, Sunset Boulevard, The Apartment—Billy Wilder got audiences to fall in love with characters that, on a good day, might be considered loveable losers. The Wilder leading man—whether fallen drunk, cynical opportunist, kept writer or lovesick accountant—was always digging himself out of some self-generated pit. [His characters were] fully human and fully realized”. They were also wholly American.