Best Places to Live and Work as a Moviemaker 2016: Top 10 Small Cities and Towns

We released 2016’s Best Big Cities to Live and Work as a Moviemaker yesterday; today we announce our 10 top Small Cities and Towns, combined this year into a single list.

Used to be if you wanted to work in the movies there were only a couple of places to be, kid. No longer: In 2016 you can audition actors in Tokyo via Skype, then upload your projects to Dropbox and send them to New York for instant review while still in your jammies. What’s more, if you build it, they really will come; cities around the country that have invested in large-scale production are drawing Hollywood shoots to their home turf in growing numbers, affording moviemakers the opportunity to explore a spectrum of lifestyles, cultures, and communities. So the question is more pervasive than ever: Where to?

In our continuing mission to make the lives of independent moviemakers even better, we take time each year to spotlight the most promising and fertile places in the country to put down roots. We scour the nation, poll film commissions, trawl through data, and interview moviemakers in hundreds of localities. Because there are so many variables endemic to comparing the Big Apple with Orange County, for example, we assembled the rankings based on the following factors: Film Production in 2015 (shooting days, number of productions, dollars generated), Film Community and Culture (film schools, festivals, independent theaters, film organizations), Access to Equipment and Facilities, Tax Incentives, Cost of Living, and a General category that encapsulates lifestyle, weather and transportation.

As per recent tradition, we put together a standalone list of 10 big cities (pop. 400,000 and up), but this year we combined small cities (pop. 100,000 to 400,000) and towns (pop. 100,000 and under) into a single list, also of 10. (Note: To maintain uniformity across our rankings, we measured population by the city proper, and not the surrounding metro areas.) We hope that whatever you’re looking for, these two lists convey the best of the places where you, the future of American cinema, can live well and make your home a wellspring for your cinematic ambitions. Welcome to your next adventure.

With its distinctive greenery and romantic neighborhoods, little Savannah wins big. The year 2015 was something of a banner production year for the city, which hosted 90 professional projects, such as Adam Sandler-starrer The Do Over, Marc Webb’s Gifted and three Sundance 2016 features: Nate Parker’s The Birth of a Nation, Antonio Campos’ Christine, which also shot in New York, and Clea Duvall’s The Intervention.

Sure, the famed Georgian incentives are paying off here, with that juicy 30 percent transferable tax credit. Features that have budgets of over $2 million and meet Savannah’s $500,000-minimum local spend requirement get an 10 percent additional cash rebate. There’s also an incentive designed to increase the local crew base, offering up to $2,000 reimbursement on moving costs to experienced personnel relocating to Savannah.

Getting the greenlight: Netflix’s Adam Sandler comedy The Do-Over shoots a lighting test at the Savannah Film Factory production facility in July 2015. Photograph by Andy Young

In addition to the excellent Savannah Film Festival and some smaller fests, this July sees the debut of the Big River Film Festival in Savannah. The city boasts several professional film organizations and, as home to the Savannah College of Art and Design, sees plenty of film students eager for work. We spoke to Seth F. Johnson, a recent SCAD grad with a BFA in Film and Television, who is working on a film that will air on TV One.

“There is a fantastic group of filmmakers already living here,” he says. “When I got on my current set, I already knew about a third of the crew. The Savannah Film Office has always been very accommodating, and even took the time to help me find locations while I was an undergraduate. On this film, they have been able to assist me with arranging picture cars, shutting down streets, and even notifying the Coast Guard about our need to fire a flare gun.”

Johnson also loves Savannah’s rich visual possibilities, including the nation’s largest historical district, an urban evergreen forest and boundless coastal and rural settings. “In February of 2015, I directed a short film called ‘One Traveler Too Many,’ which I shot in the historic district. Since the film was set in the 1890s, I was able to utilize the brick roads and the old Victorian homes. Then, in summer, I shot a short drama about three young adults on a sailing adventure called ‘Death of a Dream.’ I only had to travel 15 minutes down the road, and I was able to film in the marsh and in and around the islands.”

Nate Parker’s Sundance-premiering Birth of a Nation shoots on River Street in Savannah. Photograph by Will Hammargren

With its low cost of living, comfortable small-town vibes and serious focus on moviemaking, Savannah is doing many things right. As Johnson adds, “Being able to graduate and immediately have an income in the industry is pretty awesome!” 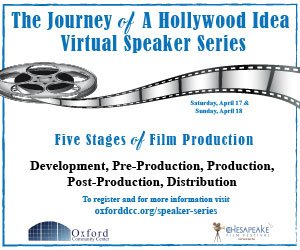