12 Nostalgia-Inducing Movies To Stream on Netflix 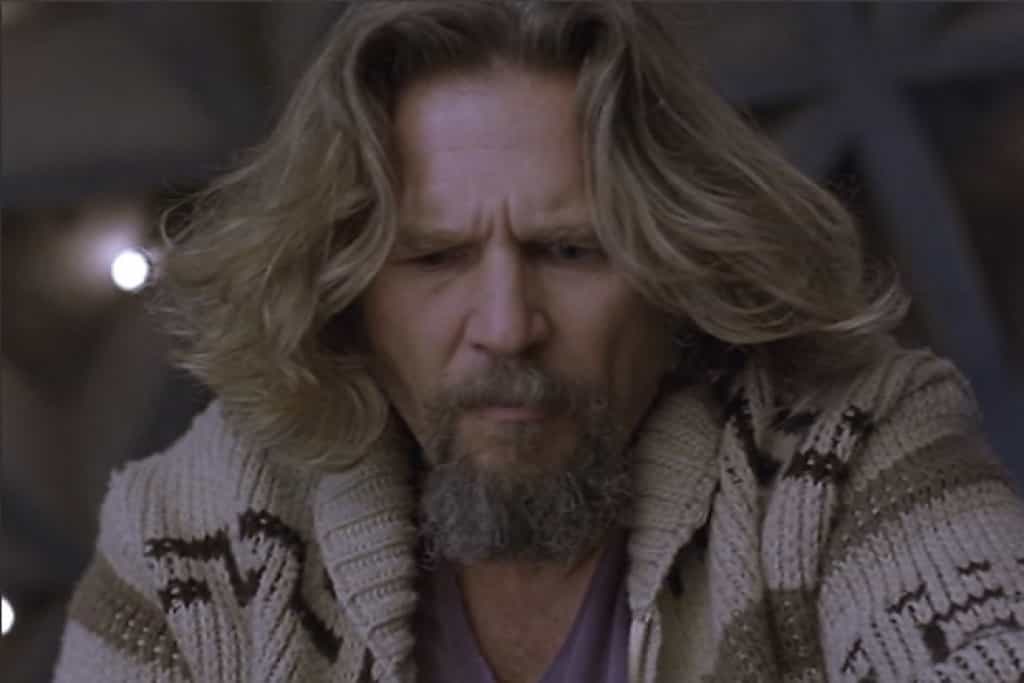 Nostalgia is “a sentimental longing or wistful affection for the past, typically for a period or place with happy personal associations,” according to Oxford Languages.

Next to smells that trigger sensory memories and songs that will always remind us of a specific time in our lives, movies are one of the best ways to bask in a feeling of nostalgia for a bygone era. Bonus points if you were actually alive during that era — but even if you weren’t, the definition of the word doesn’t say anywhere that you can’t feel nostalgia for a time before you were born. If anything has been made evident by Gen Z’s fascination with the early 2000s on TikTok — and the ’90s, and the ’80s, and the ’70s, and so on — it is entirely possible for a person to yearn for a time that they never actually experienced.

In that spirit, please accept this carefully crafted list of 12 movies currently streaming on Netflix that are designed to make just about anyone feel nostalgic — whether you’re a ’90s kid rewatching Legally Blonde for the hundredth time or a child of the early 2000s who loves Back to the Future despite having been no more than a twinkle in your mother’s eye when it premiered in 1985. 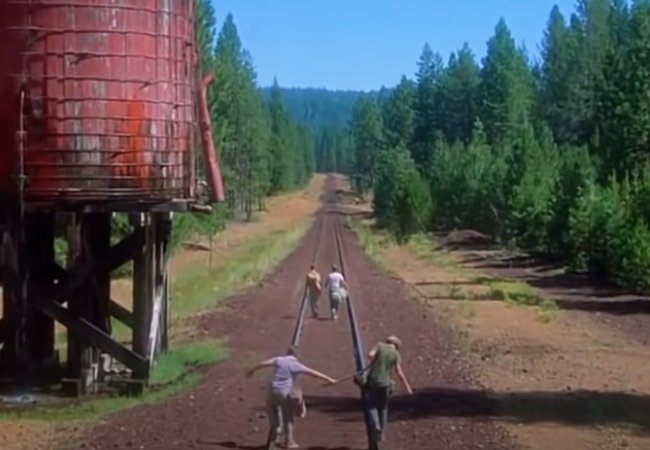 What could be more classic than this 1986 coming-of-age tale adapted from the novella by Stephen King? A rare chance to enjoy the iconic horror author without getting nightmares, this one is so feel-good you can bask in the afterglow of it for days. Starring the late River Phoenix alongside Wil Wheaton, Corey Feldman, Jerry O’Connell (oh, and don’t forget Kiefer Sutherland and Richard Dreyfuss), it follows the story of four friends who take off on a mission in 1959 to find the dead body of a missing boy in their town of Castle Rock, Oregon.

Something about watching a young Tom Cruise with daddy issues learn to be a better person is just chicken soup for the soul. If you didn’t ugly cry when Charlie Babbit learns that his imaginary friend the rain man and his big brother Raymond — played by Dustin Hoffman in one of his defining roles in a career full of defining roles — were one and the same, then you have tear ducts of steel and should be feared and revered.

Back to the Future

Back to the Future

From the perspective of a person who was not yet alive in the 1980s, if there was one movie to define the decade, this would be that movie. It’s got everything you could want: adventure, romance, time-travel, a coming-of-age storyline, a mad scientist, and a performance of Johnny B. Goode that was so face-melting it inspired a young John Mayer to start taking guitar lessons. Bonus points if you play it on VHS.

This one’s up there with Mean Girls on the list of most-quotable movies of the 2000s. We would have absolutely put Mean Girls on this list, by the way, if Netflix had it available to stream — but if you want to go full early 2000s nostalgia, you can also order it from them in the mail on DVD.

Robin Williams is arguably one of the most nostalgia-inducing actors of all time, and what story is more infused with childhood memories than Peter Pan? With Dustin Hoffman popping up on our list again as Captain Hook, Julia Roberts (rest assured, this is not the last you’ll see of her on our list either) as Tinkerbell, and the honorable Maggie Smith as Wendy, Hook is a classic for every member of the family to enjoy.

Jeff Bridges in The Big Lebowski

Another absolute classic that’s an extremely quotable movie. The Big Lebowski is such a cult classic that for a time, there was a store in Greenwich Village that exclusively sold Lebowski-themed merch. It’s also got an iconically stacked cast with not only the incredible Jeff Bridges, but also John Goodman, Steve Buscemi, John Turturro, Julianne Moore, Philip Seymour Hoffman, Sam Elliott, Mark Pellegrino, and even Flea from the Red Hot Chili Peppers. We suggest rewatching this one with your 420-friendly father, or perhaps a cool uncle or two.

Looking back, Good Burger’s plot is really a commentary on the evils of capitalism. Mondo Burger, the fast-food giant, tries to lie, cheat and steal its way to Ed’s secret sauce recipe, all while filling their sub-par burgers with the made-up food chemical Triampathol. So if you’re as angry about late-stage capitalism as Millennials on dating apps, then this will make for a very satisfying rewatch.

Scott Pilgrim vs. the World

This movie ushered in the 2010s with such effortless grace and panache that it’s honestly such a shame that the decade ended the way it did. Although it’s hard to ignore that Ramona Flowers (Mary Elizabeth Winstead) is very much a manic-pixie-dream-girl character, it can perhaps be forgiven due to the existence of Kieran Culkin as Wallace Wells. Looking back, it’s clear that he was born to play Roman Roy on Succession. Oh yeah, and Michael Cera isn’t bad, either. 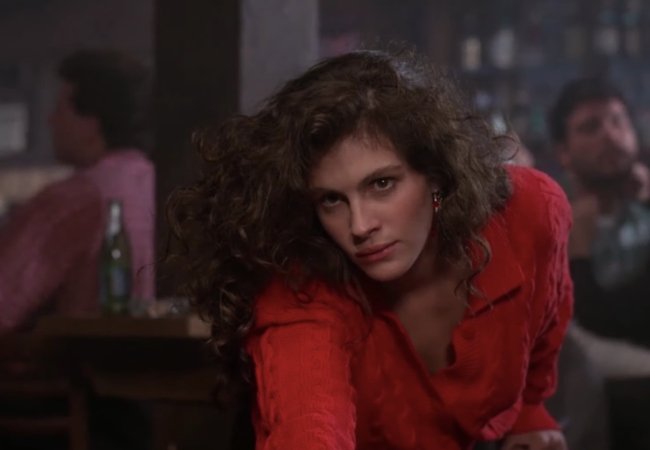 This reporter will never tire of rewatching any Julia Roberts movie, no matter how many times she’s seen it. Never. And that of course applies to Mystic Pizza, which stars our heroine and her sisters, played by Lili Taylor and Annabeth Gish as waitresses in the quaint Connecticut fishing village of Mystic, Connecticut — a town known for the actual pizza shop that inspired the movie as well as for a very nice aquarium. But although the movie really was filmed in Connecticut, the pizza joint we see in the movie isn’t the original one that inspired it — however, the original Mystic Pizza restaurant still stands and pays homage to screenwriter Amy Jones on its website.

Did you think you’d make it through this list with only two Julia Roberts references? Think again. However, if for some incomprehensible reason you are not a fan, let us raise you one Dermot Mulroney. Those are two pretty great reasons to watch a movie. But if for no other reason, let it be your sign to finally make good on that pact you made with your friend 10 years ago that if you weren’t married by age 28, you would just marry each other. And if you find out that unfortunately, that friend is already engaged to Cameron Diaz, well, that’s just bad luck.

Kristen Stewart impressions have been very en-vogue lately on TikTok, particularly as Bella Swan in Twilight. But she wasn’t always the main character. In 2005, she played Josh Hutcherson’s iconic older sister Lisa in Zathura, the Jumanji spinoff we didn’t know we needed but that we absolutely deserved. And although this movie is lacking Robin Williams, it makes up for it with alien spaceships and a young Dax Shepard as an astronaut. 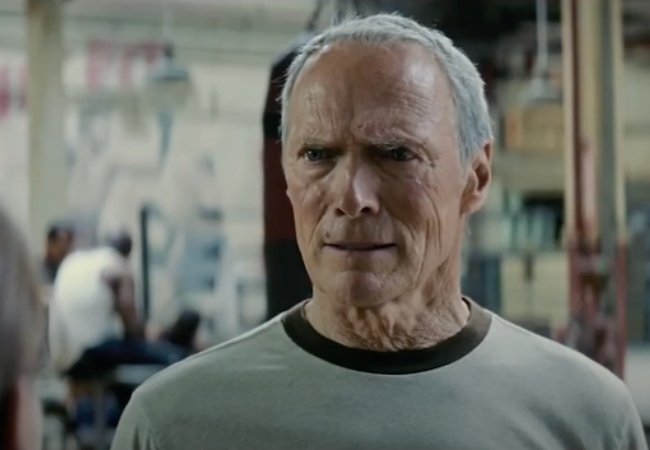 Last but not least, this 2004 Best Picture winner deserves a nod for its sheer tear-jerkiness — and that fact that it was directed by Clint Eastwood (who also won the Oscar for Best Director and a nomination for Best Actor) and stars Morgan Freeman and Hilary Swank alongside him. If you like boxing and underdog stories, this is the one for you.

Felicity Jones Only Gets Love Letters (Cover Story)
How Much of Good on Paper Really Happened? Iliza Shlesinger Tell Us