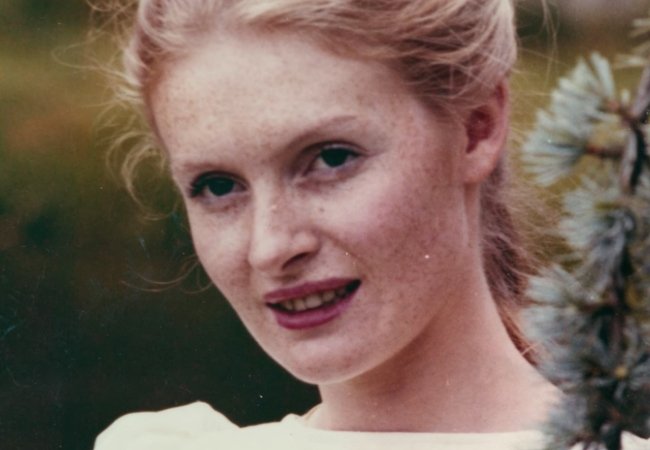 If you’ve seen Sophie: A Murder in West Cork on Netflix, you’ll know there are enough chilling details in the case of the murdered French woman to make anyone’s head spin.

A large part of the docuseries focuses on Ian Bailey, the English journalist and Schull resident who has long been accused by residents and Sophie’s family of murdering the famous Frenchwoman. He was interviewed extensively in the docuseries and denies any involvement in her murder.

That said, Bailey was tried in absentia for Toscan du Plantier’s murder in 2019 and was convicted of murder by the Cour d’Assises de Paris and sentenced to 25 years in prison. The Irish authorities have so far refused to extradite him, and he continues to live there as a free man.

However, there are many other strange details surrounding the case that don’t have to do with Bailey. Here are ten of the most bizarre and unsettling details of Toscan du Plantier’s case, some of which might just make you a believer in psychics, ghosts and even eerie predictions.

Sophie’s husband, French film producer Daniel Toscan du Plantier, was ruled out of the murder investigation long ago. But when the two got married, Sophie’s aunt, Marie-Madeleine Opalka, had a gut feeling that something was going to go wrong. “When Sophie married Daniel, I cried. I didn’t understand. I’ve never cried at a wedding like I did at Sophie’s. As if I felt something. Really. As if I had a premonition. I’m a woman who sometimes has premonitions,” she says in the doc, adding: “I always said there was an Alice in Wonderland quality to Sophie. She liked to be alone.”

2. She didn’t want to be alone this time

Before she left for what would be her final trip to Ireland, Sophie had asked multiple friends to go with her.

“It’s a mystery because she usually liked to go there alone, and this time, she asked practically everyone to go with her,” said Opalka.

Sophie’s friend, Agnes Thomas, recalls Sophie asking her to go, but she had to decline because her mother was visiting Paris. Sophie’s cousin, Frederic Gazeau, says he found a missed call from her on his answering machine, but by the time he tried to call her back a few days later, she had already left for Ireland. He wonders now whether she had been trying to ask him to go, too.

“And me, I had such a bad flu, I was on a drip,” Opalka said. “It’s terrifying. As if it was predestined that no one could go with her.”

“My mother read palms, and when she saw Sophie’s, she went pale,” Opalka says. “She had a very short line here,” she added, pointing to what palm readers refer to as the “life line.”

However, it’s worth noting that according to an astrologer and occult practitioner who wrote a guide to palm reading for Allure, the life line does not signify how long a person will live, but is instead used to predict a person’s journey and life experiences.

Also Read: Here’s What the Ghost of a Lady in White Has to Do With Sophie Toscan du Plantier’s Murder

“It’s as if everything shifted so it could happen,” she adds. “I feel terrible because if I had been there, she wouldn’t be dead.”

Sophie’s friend Agnes Thomas adds credence to Opalka’s fears, sharing a memory of what a psychic told her when she saw a picture of Sophie on the wall.

“Before Sophie died, a clairvoyant friend came to my house. There was a photo of Sophie on the wall, and she said, ‘Oh la la. This young woman will have a violent death when she is 40,” Thomas says. “I replied, ‘That’s not possible. Sophie is too vibrant to die.'”

“When she was a child, she’d lived with an Irish family for a time, so she had this idea she wanted a house in Ireland,” said Lara Marlowe, a Parisian correspondent for The Irish Times. “So she traveled down with her cousin. She says she’d hesitated between two houses. One was in a peaceful Irish landscape of green rolling hills, that sort of thing. And the other was — she called it ‘violence.’ And they found that house,'” she said of Sophie’s home in Schull where she was murdered.

“My daughter Alexandra didn’t have a good feeling when they arrived. Very remote,” Opalka recalls. “Alexandra said, ‘You’re not buying there. Don’t buy there.’”

Marlowe also recalls reading a passage Sophie had written about the wildlife around her Irish home that gave her a shiver down her spine.

“She was a talented writer, and she wrote a great deal and with great affection about West Cork. The most haunting passage I remember was, she described a dead lamb she’d seen on a path, savaged by a fox. Tufts of its fur were in the bushes around, and she talked about how it was pulp, the scalp of a body. It gives me shivers now, because that’s exactly what happened to her,” Marlowe says. “I mean, I don’t want to get too fanciful about the whole thing. I’ve tried to keep my eyes riveted on the facts, but it was quite chilling to read that.”

7. A crushed skull in Schull

When Toscan du Plantier’s body was found on Christmas Eve of 1996, she suffered from “severe head and facial injuries, a severe brain injury and crushed skull from a heavy object,” according to Garda forensic detective Eugene Gilligan. Creepily, the town she was murdered in, Schull, is pronounced “skull.” (It’s worth noting here that Schull comes from the Gaelic word “scoil,” which means school.)

Gilligan also noted that there was a full moon overhead when he arrived on the scene late in the evening on the date Sophie body was discovered. According to Bustle, the two most energetically intense moments of the lunar cycle are during the new moon and the full moon. While the new moon signifies new beginnings, the full moon signifies an ending or “release” from the current cycle.

The day before Toscan du Plantier’s death, she had visited the ruins of Dun Lough at Three Castles Head. Afterward, she visited a friend’s house and told them that she’d seen a ghost.

“She saw something terrible, and it scared her,” Opalka says in the doc. “She arrived at the Ungerer’s house really scared, saying, ‘Oh my God, I saw a woman, like a white shape.’”

What Toscan du Plantier reported seeing sounds a lot like the “Lady of the Lake,” the ghost who is said to haunt the castle grounds. According to the Three Castle Head website, the O’Donohue family were the last to actually live in the castle before it fell to ruins. Each member of the O’Donohue family is said to have died tragic deaths, causing, as legend tells it, a single drop of their blood to fall from the tower into the lake below each day. The legend also says that if someone sees the white Lady of the Lake, she foreshadows imminent death.

Gazeau described hearing about the Lady of the Lake’s curse.

“When you see her, it means you are going to die in the hours that follow,” he says in the doc.

Gilligan, the forensic examiner, says in the first episode of the series that Sophie was “dressed in white night attire” when her body was discovered. It’s a chilling detail, considering she was dressed like the ghostly specter she’d seen the day before her murder.

Sophie: A Murder in West Cork is now streaming on Netflix. Main Image: Sophie Toscan du Plantier pictured in the docuseries. This story was originally published on July 6 and has been updated.

Heist on Netflix: Is Roberto Solis Still on the Run?
Who Is Serial Killer Peter Tobin From Netflix’s The Investigator: A British Crime Story?