Why Did You Kill Me: What Belinda Lane Did to Solve Her Daughter Crystal's Murder

Belinda Lane spent 14 years bringing to justice the people responsible for the death of her daughter, Crystal Theobald. The story is chronicled in Netflix’s true-crime documentary Why Did You Kill Me.
Theobald, a 24-year-old mother of two living in Riverside, California, was murdered by members of a local gang called 5150 on Feb. 24, 2006.
“I told her, baby girl, I promise you if it takes my last breath, I will get them. I promise you, you will have justice,” Lane told ABC6 in 2016.
As the documentary explains, Lane was instrumental in helping law enforcement catch Crystal’s killers. And it all started with MySpace.
Lane was unsatisfied with the progress the police were making in finding Crystal’s killers early on in the investigation, she says in the doc. And so she and Crystal’s little cousin, Jamie, set up a MySpace profile in the hopes of catfishing Crystal’s killers and extracting useful information from them. Their plan worked. Using a picture of Crystal herself and calling her “Angel,” Belinda and Jamie were able to befriend William “Jokes” Sotelo — the teenage gang member who was driving the car on the night of Crystal’s murder — online.
Also Read: Who Is Crystal Theobald’s Killer in Netflix’s Why Did You Kill Me?
Through what she learned about Sotelo on MySpace, Lane was able to confirm to law enforcement that Sotelo was the owner of the white Ford Expedition that fled the scene that night. As shown in the doc, Sotelo was brought in for questioning and helped police identify the shooter, Julio “Lil Huero” Heredia. But police weren’t able to detain Sotelo at the time, so they let him go. According to the doc, he spent the next decade on the run in Mexico, where he worked as a chili farmer. 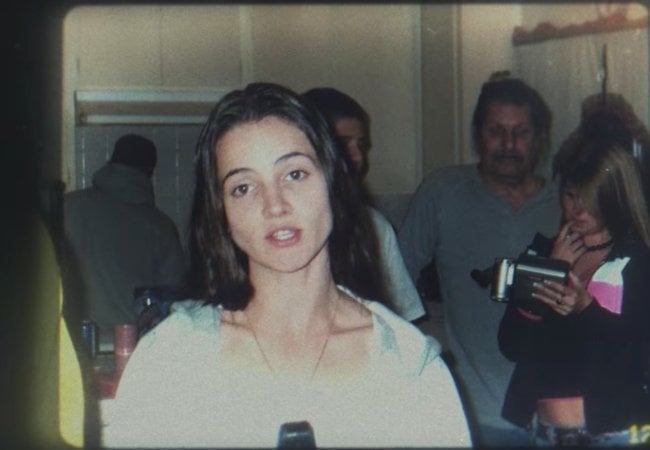 Crystal Theobald pictured in Why Did You Kill Me on Netflix.

Former 5150 members who were there that night, Manuel Lemus and his brother, William-David Lemus, were among those who testified in the case. Heredia, the gunman, was sentenced to life in prison without parole for Crystal’s murder in 2011, the doc explains.
According to the Press-Examiner, ten other defendants who were charged in Theobald’s case have pleaded guilty to other counts, including witness intimidation, attempted murder, and gun and gang charges, with sentences ranging from probation to 18 years behind bars.
But Lane never gave up on tracking down Sotelo. Ever the internet sleuth, she received a tip about Sotelo’s whereabouts on Facebook that led to his arrest, according to the doc. He pleaded guilty to voluntary manslaughter and was sentenced to 22 years in prison in 2020, the doc adds.
Police say that without Lane, the case may never have been fully solved.
Also Read: Did ‘White Boy’ Rick Wershe Jr. Ever Get Released From Prison?
“She was very instrumental, working on social media to help us identify where he might be,”  Riverside Police Lt. Christian Dinco told The Washington Post. “She provided important information that helped lead us to the capture of William Sotelo. Without her help, he would likely still be outstanding right now.”
In case you need a refresher, here’s what happened that night in February 2006.
Crystal Theobald was shot by Julio “Lil Huero” Heredia, a member of a local gang called 5150, while riding in a car with her boyfriend and her brother, Justin Theobald, the doc explains. They were following Lane, who was driving ahead of them, according to the Durango Herald. Lane says they stopped at an intersection not far from their family home when a white Ford Expedition pulled up and a man got out and began shooting at them.
Manuel Lemus, a former 5150 gang member who was riding in the white Ford Expedition with Heredia and the driver, William “Jokes” Sotelo, that night, explains in the documentary that they had been circling the neighborhood looking to confront a rival gang they believed had shot at them earlier in the day.
When Crystal and her family pulled up in front of the Ford Expedition and stopped, the gang members believed they were being attacked.
“They thought that this was rival gang members coming to attack them,” said Rick Wheeler, the Riverside homicide detective who was in charge of the case.
Heredia opened fire. Crystal was shot in the back of the head and was taken to a hospital, the doc explains, where she died of her injuries.
Why Did You Kill Me is now streaming on Netflix. Main Image: Belinda Lane pictured in Why Did You Kill Me via Netflix.