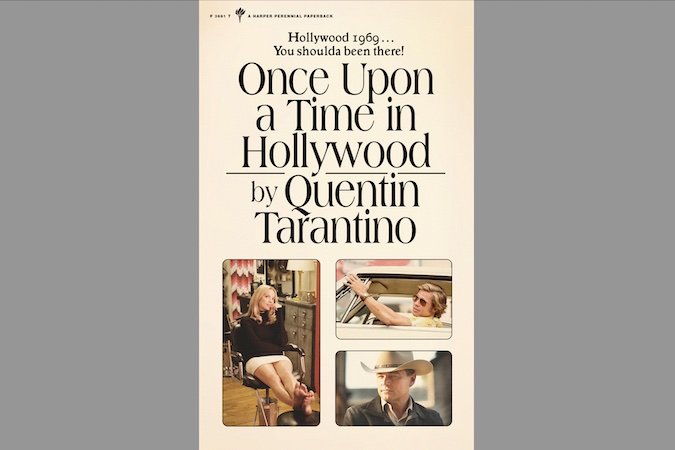 How Stanley Kubrick and Steven Spielberg came together for A.I.; the first book from promising young novelist Quentin Tarantino is out today; how that Kevin Spacey comeback attempt is going. Plus: Another great song.

Pulp Fiction: Quentin Tarantino’s novelization of Once Upon a Time… in Hollywood, is out today. From Dwight Garner’s New York Times review: “He’s here to tell a story, in take-it-or-leave-it Elmore Leonard fashion… If it were written better, it’d be written worse.” I feel that way about almost all writing.

Update: Since typing the lines above I’ve downloaded the book on Kindle and read the first few pages and… fantastic. I already know I’ll miss this book when it’s over. If you’re worried it will feel redundant if you’ve seen the movie, it definitely doesn’t. But I’m not sure yet if reading it on a device with an internet connection is the best idea, because I find myself wanting to pause my reading and Google the people and movies that are casually mentioned, like Gidget director Paul Wendkos and the 1962 George Cukor film The Chapman Report, featuring Ty Hardin, one inspiration for Rick Dalton, played by Leonardo di Caprio in the film. See, I’m already down the rabbit hole.

Knives Out 2: Rian Johnson has an announcement.

Aaaaaaaand WE’RE OFF! Day one of filming on the next Benoit Blanc mystery. Thanks to all the lovely patient people here in Greece for letting us do all this murdering on their peaceful shores. pic.twitter.com/SUFptCpl3G

Kubrick Meets Spielberg: The Ringer has this very interesting and kind of sad history of A.I., released 20 years ago today. I always understood A.I. to be a movie that Steven Spielberg completed because Stanley Kubrick died before he could make it himself. What this article makes clear, though, is that from its very early stages, A.I. was very much a collaboration between the two very different moviemakers. In fact, some of the ideas that seemed the most Spielberg actually came from Kubrick, and vice versa. 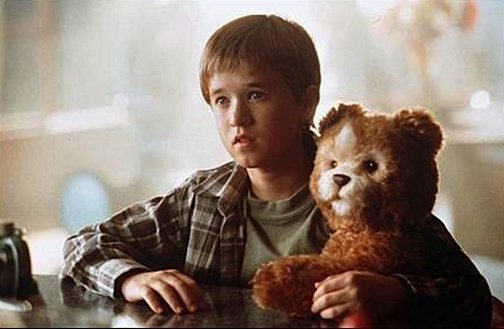 Haley Joel Osment and friend in A.I., from Stanley Kubrick and Steven Spielberg.

The Italian Job: Variety has this update on how that Kevin Spacey comeback attempt is going. Spacey, as you’ll recall, was hired to appear in the Italian Franco Nero film L’umo Che Disegno Dio, which prompted Nero’s own wife, Vanessa Redgrave, to pointedly distance herself from the project. Paging Marvin Schwarz, am I right?

Who? As I’m sure we all remember, Marvin Schwarz is the agent character played by Al Pacino in Once Upon a Time… in Hollywood. As the novelization explains, he specializes in putting “famous American talent in foreign films.”

Oh Got It, Hilarious Reference, Buddy: Thanks! Also the key line in Variety‘s Spacey comeback story is this: “Spacey’s reps did not respond to Variety’s requests for comment.”

Congratulations! The North Fork TV Festival just announced the winners of its sixth annual Independent Pilot Competition. Patty Carey’s Half Life and Blake McWilliam’s Timberwood were both named Best Pilot-Comedy while Michelle Palermo’s Middle of Nowhere was chosen as the Best Pilot-Drama and Mathieu Rochet’s Lost in Translation was selected as Best Web Series. This year’s festival will be celebrated Aug. 4-6 in lovely Greenport, New York.

Picnic Style: Is a very underrated way to watch a movie.

Announcement: We just wrapped the latest print issue of MovieMaker, which contains a lot of love notes. When I’m doing final edits and need to concentrate, one thing I do is play Hans Zimmer’s “Time,” from Inception, again and again. I just discovered this guitar version that 11.5 million other people have also discovered and I hope you like it.