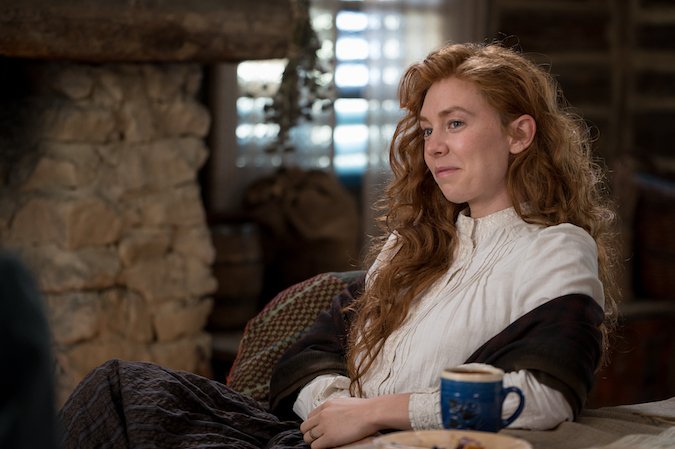 Vanessa Kirby broke her ankle on the first shooting day of The World to Come, and it forced her and director Mona Fastvold to completely rethink how she would approach her character. The period piece tracks two pioneer women, Tallie and Abigail — played by Kirby and Katherine Waterston — who begin a secret affair. Christopher Abbott and Casey Affleck co-star as their husbands.

On a recent MovieMaker podcast episode, Fastvold said their team was forced to carry equipment everywhere, since an authentic pioneer town couldn’t have tire tracks in the frame. Waterston, who appeared on the episode with Fastvold and Affleck, explained that at times the production was forced to carry Kirby around as well. You can listen on Google or Spotify or here:

“Sometimes she was being lugged as well as the camera equipment. She broke her ankle, and she had imagined that this was a person who could fill up the room and come storming through the door,” Waterston said.

But Kirby’s injury forced her to refrain from storming around, and to instead discover her character’s power in another way.

“And then she was actually forced to sit in a chair for many of the scenes. And that limitation, actually, it made her feel so powerful,” Waterston continued. “Sometimes we think, ‘Oh, I’m going to show my power by marching around the place,’ but being able to sort of sit in that power calmly was so debilitating to me in some of those scenes — totally overwhelming to be on the receiving end of.” 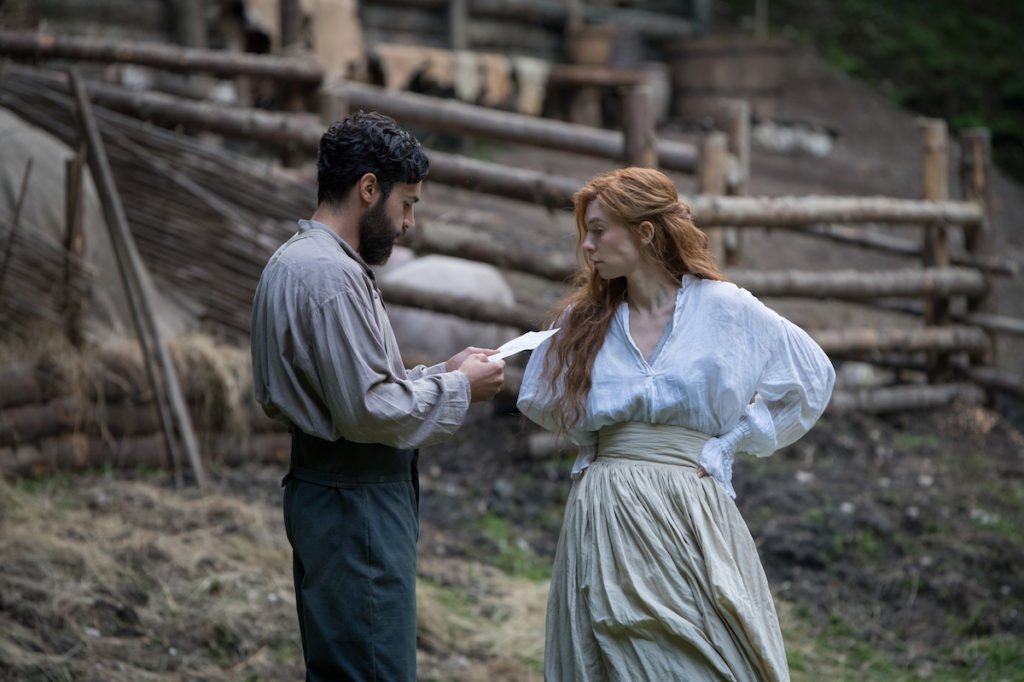 Fastvold also discussed how she and Kirby had discussed the role in pre-production. “Vanessa and I talked a lot about how she was supposed to move into Abigail’s space and take it over, as if it were her own space. As we progressed, she should be as comfortable in your [Abigail’s] kitchen as you would be … And she just couldn’t do any of that physically. So instead, she had to just kind of plant herself there and stay still, and I ended up loving that.”

Waterston said Kirby’s performance mirrors that of the two men in the women’s lives.

“What’s interesting about it, I never thought about before, is that it’s actually a lot like the way that Dyer [Affleck] uses the space. A woman in the home in that period is always moving around the space, and so originally, the idea was that Tallie being comfortable in the space would be moving around it like a woman. But actually, then she ends up kind of taking, of the period, the traditionally male role of sitting there and waiting to be attended to, which is quite powerful.”

The World to Come, directed by Mona Fastvold and starring Vanessa Kirby, Casey Affleck, Katherine Waterston and Christopher Abbott, is now in theaters.

David Fincher Did a Long Interview With Marc Maron That He’s Too Much of a Perfectionist to Release, Maron Says
Who Was Jack Unterweger, the Austrian Serial Killer in Netflix’s Vanishing at the Cecil Hotel?