Here’s Why You Won’t See the Toilet Fan Malfunction in Netflix’s Countdown: Inspiration4 Mission to Space 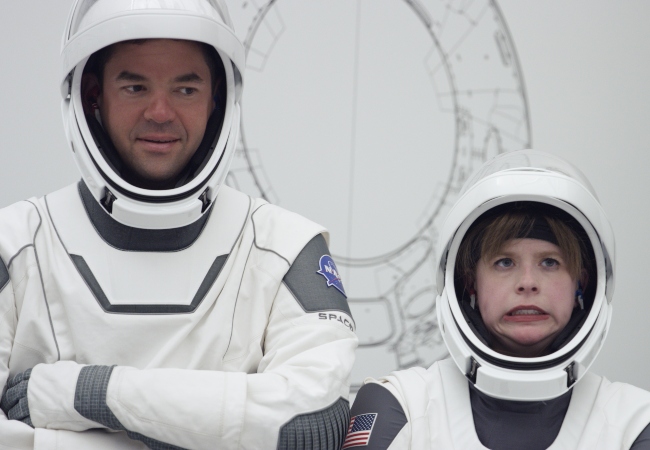 The first-ever all-civilian mission to space went off pretty much without a hitch earlier this month, successfully sending four people on a three-day ride orbiting the earth in SpaceX’s Dragon spacecraft — except for one incident with a malfunctioning toilet fan that set off an alarm onboard the ship. But you won’t see that moment on screen in Thursday’s final episode of Countdown: Inspiration4 Mission to Space, the Netflix docuseries directed by Jason Hehir.

“Unless it was consequential to the actual mission and to their safety, it’s not something that I ever considered covering,” Hehir told MovieMaker of the toilet incident.

Though the concept of something going wrong on board a spacecraft sounds dire, in reality, the incident was so minor that Hehir didn’t know much about it until he saw the headlines about it earlier this week.

“I read about it the same way you did,” Hehir said. “I don’t believe it was as dramatic as that sounds. I think that a light did go off and I know that the fan on that waste system is one of the more flammable facets of operation in Dragon, and the last thing you want is fire while you’re 300 miles up going 17,500 miles an hour. So yeah, we heard about that briefly while we were on the ground and we were told that it was not going to impact their safety or their health at all, so we just decided to keep on going as we were going.”

SpaceX CEO Elon Musk tweeted on Sept. 21 that the Inspiration4 mission — which launched into space on Sept. 16 and splashed down back on earth on Sept. 18 — had some “challenges” with the toilet and that SpaceX would upgrade that feature for the next mission. 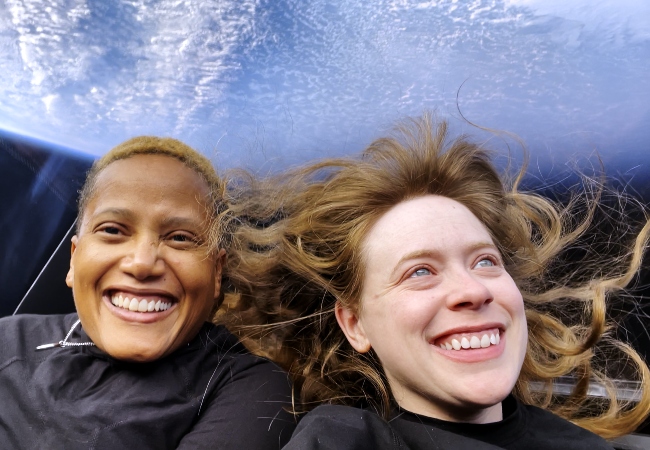 (L-R) Dr. Sian Proctor and Hayley Arceneaux look down at the earth from space in Countdown: Inspiration4 Mission to Space, courtesy of Netflix.

Musk didn’t elaborate about what happened on Twitter, but Inspiration4’s commander and Shift4 CEO Jared Isaacman told CNN that SpaceX personnel back on the ground walked the crew through fixing the toilet fan. However, they were not without a few communications blackouts.

Also Read: No Time to Die Hasn’t Even Hit Theaters and Twitter Is Already Having a Field Day With The Next Bond

“I would say probably somewhere around 10% of our time on orbit we had no [communication with the ground], and we were a very calm, cool crew during that,” Isaacman said.

In addition to Isaacman, the crew onboard Inspiration4 included Hayley Arceneaux, a childhood cancer survivor who now works as a physician’s assistant at St. Jude Children’s Research Hospital, where she once received treatment; Chris Sembroski, a former U.S. Space Camp counselor and Air Force veteran now working in the aerospace industry; and Dr. Sian Proctor, an artist, poet, geoscientist, explorer, and science communication specialist whose father received a personal thank-you from Neil Armstrong for his help from the ground during the landing of the Apollo 11 mission.

In addition to making history for being the first mission to go to space with an all-civilian crew, Inspiratoin4 also surpassed its $200 million fundraising goal for St. Jude, according to CNBC.