To Live to Sing Director Johnny Ma’s Candid Advice on Getting Film Funding: Hang Out in the Hamptons 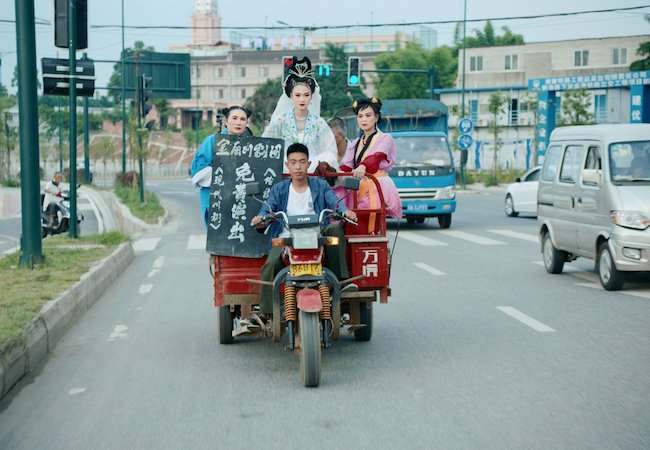 Speaking at the 13th Kustendorf Film & Music Festival, To Live to Sing director Johnny Ma delivered some unusually candid advice on how to get independent film funding. One suggestion: Hang out in the Hamptons.

He doesn’t literally mean you have to go to the wealthy enclave. But he does recommend you follow the money. The Chinese-Canadian spoke on the second day of the Serbian film festival, and MovieMaker was there. He noted that “there is no public funding” for films in China.

“When I’m starting to tell a story to a producer, they’ll stop me in the middle and say, ‘Is this an arthouse film or a commercial film?’ That’s a really strange question to get, but you don’t really know how dangerous that question is until you realize what they’re trying to say is, ‘Is this worth my time? Am I going to make my money on this? Or am I doing this for my ego?'”

He adds a joke that he remembers sharing with a colleague about the ways you get Chinese funding.

“There’s really only five reasons why anybody would give you money for a movie. One is: They want to make a lot of money. So if that’s the case, then they want a big actress, and they want a genre film or something. Number two: They want to want to sleep with the actors. And that’s a weird thing but it happens over there. Number three is money laundering. That’s kind of crazy. I thought, ‘Would I take money from people who are into money laundering?’ And I thought, ‘I would, because I need to make this movie.’ But then I had been told that if I did that, the FBI would be on my ass for the rest of my life, so that’s not good. Only after that do you have ‘prestige.’ And that was the only thing I felt like I could bank on.”

‘Knock on every single door’

Johnny Ma said one of his main funding sources was through “people who run education kindergartens. So what kind of model can you follow? Nothing. You just knock on every single door.”

He suggested that the beach in the Hamptons is a “good place to get your movies financed.” Anyone who runs a “hospital” or a “plastic surgery” practice is a potential funder, he said.

To Live to Sing, about a struggling Sichuan Opera troupe, screened at the Cannes Film Festival and won best film at the 2019 Shanghai International Film Festival.

When Ma was trying to get his feature into Cannes, a French co-producer told him something instructive, he said: “‘It’s not about how good your movie is—that doesn’t matter. Now it’s about how I [as co-producer] get this film in front of people. It’s about what mood they’re in when they watch it, how they look at me.”

Ma’s team rented a theater so that the right people could see his film in a proper setting, and Ma credits this “old way of thinking” with getting To Live to Sing programmed at Cannes.

The To Live to Sing director was also direct about rejection letters from festivals.

He said that when your film gets into festivals and you meet programmers, “you start to see them as human beings. You start to not worry about that stuff anymore, and you realize you’re taking back the power.”