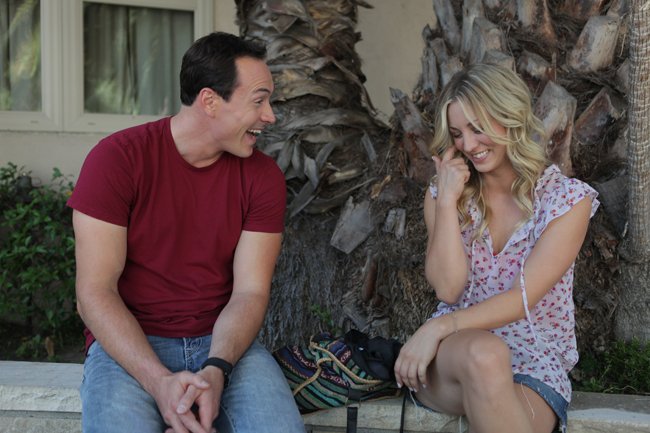 I am not admitting anything.  All I will say is that any of these things could happen to you and might have happened to me.

1. Make the film that you want to make for your audience.  If your audience laughs, cries or is moved in some way and enjoys their movie-going experience, then you have done your job.

2. If you think you’re going to have any time to rehearse in between setups or before/after a shooting day, don’t fool yourself.  Do everything you can to have rehearsal (or at least discussions/read-throughs) with your actors before you shoot.

3. If you’re feeling sick and tired just before filming begins and you think you will ‘get through it’ on sheer will…call your doctor immediately and get that Z pack!

4. When putting together your shooting schedule, try not to film on your kids’ or spouse’s birthday.  If you do, it could take up to 3 years of birthdays to make up for it and really, it’s just not worth it.

5. When you meet an actor and know in your gut that they are right for the role and can definitely be funny- even if they have never had the opportunity to show it- fight for them, hire them and then pray.
6. If you meet an actor you are considering for a comedy in which you’d like them to improvise and this actor tells you they aren’t really ‘comfortable’ with improvising, that means they are not good at improvising.

7. Always ask if the star who you already hired is ‘comfortable’ with the star who will be cast opposite them.  If not, they might have swapped bodily fluids somewhere along the line and that could be awkward.

8. If you fell in love with a joke when you read the script but when filming it you could hear a pin drop, consider another alternate line.  An amazing comedic actor can make a good joke better but not a bad joke good. Some jokes are better on paper!

9. If you go to a location and the house smells like urine, there is no reason to think that when you go film there it won’t smell like urine. Be prepared.

10. Always keep the cameras rolling a bit longer because in an ensemble comedy, especially one with improv, you never know what fun gems you might get at the end of a scene. Don’t yell cut right away- let the actors play and you will not regret it!

11. Decide at the beginning of the shoot if you want to call your actors by their character name or real name and try to be consistent. You’ll mix them up no matter what, kind of like your kids, siblings, etc. No worries, everyone will be equally offended.

12. Make sure you are paying attention because once in a while even an actor might call another actor their real name in a scene and nobody notices…until the editing room.

13. If someone on your team mentions at any time during filming that they noticed a spot on your footage, do not ignore it. Check the footage every day just in case. And make sure you have insurance with a reasonable deductible! When you have a big setup with several cameras and everything went like you imagined, but then you notice a private conversation between your C camera operator and your DP and you hear the DP say something like, “Oh, that’s OK, I think we got it in A camera” – go again! Just because you shot it doesn’t mean they got it. Make sure you have the footage you want on as many cameras as possible.

14. If one of your actors doesn’t understand (or believe) a line that their character has to say and you tell them, “Oh, don’t worry, it makes sense. Just say it,” without explaining it properly, don’t expect to get an honest performance. If the actor doesn’t believe what he’s saying, how will the audience?

15. When you are utterly exhausted and can’t possibly go see one more location because it’s the day before you begin shooting (or your one day off), go see the location anyways. Chances are it might sound perfect but be totally wrong and you will blame yourself for the rest of the movie. Not worth it!

16. If your AD ever tells you that you have time to go pee or eat, do it! That moment may not happen again for a very, very long time.

17. When your friend from high school decides he is coming into town during your shoot (coincidence?) and would love to be an extra, then proceeds to ask every actor on set for an autograph during the most awkward, inappropriate times… pretend you don’t know him and have someone quickly fire him. Deny everything.

18. If you end up with three or more women in one scene in your ensemble, make sure you have more than one makeup person or literally everyone will be pulling out their hair.

19. When a crew member comes up with a fabulous idea, don’t let your ego get in the way. Use it. Then thank him profusely for it. Chances are that at the end of the day, everyone will think it’s your idea anyway…but remember to thank him at the premiere.

20. Do not let your editor fill your temp track with all of your favorite music because when you find out that you cannot afford any of the songs… you will be crushed.

21. If the title of your movie starts with any letter past ‘F’ in the alphabet, and you have an indie feature that needs as much awareness as possible, consider changing the title. (Former title Scribble; new title, Authors Anonymous.  Coincidence?)

22. If you decide to scout for a location on a quiet Sunday afternoon, make sure to go back to that location during the week to find out if that major street, freeway, train or airplane route that is very close by to said location is going to be a problem. (Unless you are doing a silent ensemble comedy. Then, no worries.)

23. When someone offers to finance (or put any money into) your film, make sure to ask if they have a criminal record. Then decide how badly you want to direct this film. MM

Ellie Kanner (Director / Producer) Ellie Kanner is an industry veteran of more than 20 years, with a slew of diverse films to her credit, including the Boston Legal, Wildfire, The Dead Zone on TV and the feature films Crazylove, Wake and For the Love of Money. Her recently completed feature the ensemble comedy, Authors Anonymous, is the first film for which she both produced and directed is currently available on iTunes and VOD, opening in theaters Friday, April 18, 2014.  To learn more, visit www.authorsanonymous-movie.com.

New Filmmakers LA: Interviews with Solvan Naim, Carol Rhyu, Sam Cooke, and more
“If I Can Do One More Lost Cause of a Film…” Oliver Stone on Activism