“I hope you’re taping this. One day I would like to have a copy,” Jonas Mekas tells me from his New York apartment.

At 95, the Lithuanian-American visionary, whose mile-long contributions to film culture have widely enshrined him as the “godfather of American avant-garde cinema,” is still compulsively recording and archiving the world around him. “If I like something, I worry it will disappear,” he explains. “I’ll make another copy to preserve it.”

Mekas’ experimental home movies, and his feature-length “diary films” like Lost, Lost, Lost and Reminiscences of a Journey to Lithuania, wield an influence that extend far beyond the underground scene from which he ascended. His kinetic, yet direct creative approach has produced a Herculean list of achievements in production, curation, publishing, programming, and academia—the work ethic behind which is perhaps best crystallized by his one-film-per-day undertaking in 2007, The 365 Day Project.

Though he says he “cannot give advice” to anyone asking, virtually every one of Mekas’ statements reads as if plucked from a self-designed philosophy. Having just released his collagist visual autobiography A Dance With Fred Astaire (Anthology Editions) in late 2017, the prolific pioneer shared some of what he’s learned, and is still learning, over a lifetime of moviemaking.  — M.W. 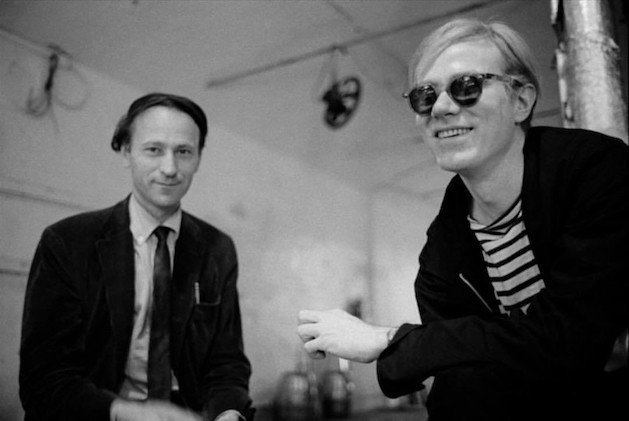 As told to Max Weinstein

1. Don’t plan. I never need a plan for what I write or what I film. To have a plan for a poem is ridiculous. So, when I feel like filming, I film, but I never know when and what.

2. Just do the work, don’t obsess about the outcome. I avoid saying that what I’m doing is “art.” I’m not “making a film” … I’m only filming. Of course my finished products usually are films. But the initial reason for me to film is not to “make a film.” To set out to make a film, you have to have an idea and a script, and I never have a script.

3. Be practical. I grew up on a farm, so it’s in my blood. A farmer is very practical from birth, because you have to deal with concrete situations: the seasons of the year, the cattle, everything that’s around you. You can’t do anything that is not needed. That’s how I’ve acted in my life. That’s what’s behind the creation of Film-Makers’ Cooperative, my creation of Film Culture magazine, my Village Voice column, the New American Cinema Group … There was always a very strong need for their creation.

4. Teach in order to keep learning. Filmmaking is not just you telling someone something. I’m not a teacher to my students; I’m exploring together with them. When I was “teaching” at the Cooper Union, NYU, or MIT, there was always a subject that I wanted to understand myself, together with students. They learned something and I learned something.

5. Filmmaking is like jiu-jitsu. To be a filmmaker is to know how to react. It’s like jiu-jitsu or kung-fu: You react to what is there and now, in this moment. The camera can only catch each moment in front of the lens. If you meet it, you have to do it immediately. Like playing jazz, you improvise right there. You react to the notes that preceded what you’re playing. You develop a feeling for what’s next.

6. For the muse to help you, be prepared. To be a filmmaker, you have to be ready for the muse to enter you. You have to become an extension of your body. You have to think about the exposure, the speeds, the movements, the focus, the focal length, and you have to do it automatically, instantaneously, without thinking. It’s like an arrow that one learns to shoot blindly.

8. Let your past and present merge together when you’re editing. It’s through your memories of the past that you cut a film together. When I film or videotape digitally, I index it, then I put it on the shelf. Sometimes I don’t edit it until 20, 25, 30, 40 years later. I remember when I filmed, I remember places that I’ve seen—but through the eyes of the present moment, of where I am today. The past is reinterpreted and made new. It’s a complex situation.

9. Be an expert on something. Today you can only write with authority about certain areas, and that’s OK. It’s very difficult to have a view of everything that’s being done in the world, or even in your country. But you can be an expert in your chosen area.

Jonas Mekas’ latest book is A Dance with Fred Astaire, a collection of anecdotes and rare ephemera. More information on Mekas can be found on his website.