The Platform Is the Ultimate COVID-19 Movie… Or Is It? (Podcast) 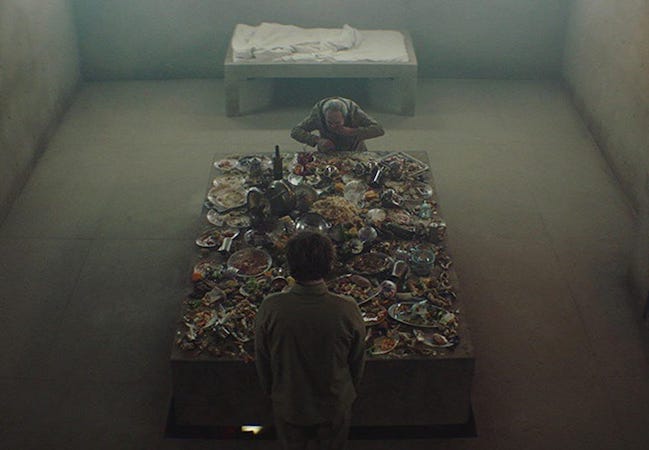 Netflix’s The Platform has earned praise as the perfect film for the age of hoarding. But is it, really? In one of our most divided episodes of The Low Key Podcast, we go deep on whether the main metaphor in the film is too obvious, just right, or doesn’t quite work.

The Platform, directed by Galder Gaztelu-Urrutia, takes place in a multi-level prison where the inmates are fed via a platform that is initially filled with sumptuous dishes — which the inmates pick clean as the platform descends. Those in the lower cells get less and less, until they get nothing at all. Adding to the fun is the fact that the inmates are switched around, apparently at random, so that they are sometimes on good, high-level floors, and sometimes in the deeper ones, where starvation is a very likely fate.

I had big problems with The Platform. My co-hosts, Aaron Lanton and Keith Dennie, saw some merits. Overall, we got very philosophical in trying to decide how, if at all, The Platform relates to the way we live now.

Among the questions we consider are:

If you enjoy this episode, we highly recommend checking out every episode of Low Key, and following us on Instagram at @thelowkeypod. You can also message us your thoughts there, and we’ll read them in a future episode.

Last episode we had fun talking about Uncorked, which is pretty much the opposite of The Platform.