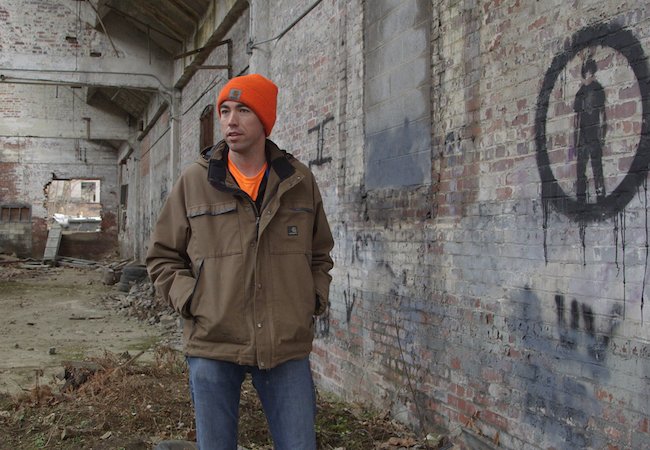 But when Karla Murthy set out to direct her new PBS documentary The Place That Makes Us about Youngstown, Ohio — a place once booming with industrialization that has now fallen into significant decay — she wanted to focus on the people who are rebuilding it, not exploit its devastation.

“We were definitely cognizant of that from the very beginning,” Murthy said in the latest episode of the MovieMaker Podcast, which you can listen to on Spotify, Apple and above. “One of our goals was to show and not necessarily shy away from it, but to really show the heart of these towns through the people and through their experiences.”

She also used the changing of the seasons to show a different, more hopeful side of Youngstown.

“We wanted it to have sort of a seasonal change as well, so when it starts off there’s a lot of overcast skies and the colors are a little bit more muted and dark, and by the end of the film you’re in fall,” Murthy said. “The leaves are changing and Youngstown looks beautiful, and that was also just a conscious decision so as the film progresses the colors get a little bit more saturated as well.”

Murthy’s husband and creative partner, Jad Abumrad, who also executive produced the film, said he and Murthy used their journalistic instincts to tell an honest story in a way that also honors the work being done by the residents of Youngstown.

“It’s funny. A place like Youngstown, what might attract journalists like us, these Brooklyn journalists, to go there is precisely the story that these young people are working so hard to shed,” said Abumrad, who also hosts WNYC’s Radiolab. “As journalists, once you see that, it’s a real ethical balance question in that you need to actually show the story that… is to some degree true, but that they are actually working to change.

“But at the same time, there is a seductive power to those images. You could sit in a ruined building and just get lost in the haunted ghostly quality to that. There’s a reason that ruin porn exists,” he added. “But you see people working so progressively and so hard and so methodically to change a house… when all those people rush into the Pineview home and they rip out all the stuff, you see that it feels heroic in some way. It feels like a — I love that the movie makes that moment feel like it’s almost the Superman moment… It’s a balance between the work and the thing they’re trying to work on, but at the same time, it is those people that ultimately take center stage.”

You can stream The Place That Makes Us for free on PBS.org here.