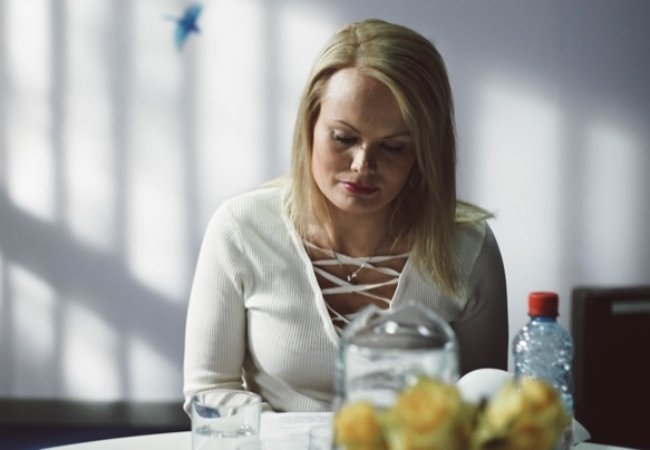 Ever since starring as herself in The Meeting, Ailbhe Griffith has been sharing the story of her journey from surviving a sexual assault to finding healing through restorative justice in the hopes of helping other women who have been through similar experiences.

Directed by Alan Gilsenan, the Irish-made movie tells the true story of a moderated meeting that took place between Griffith and her abuser, nine years after he attacked her at a bus stop and subjected her to a violent assault. The Meeting is featured in the sixth annual virtual edition of the Artemis Women in Action Film Festival, which is taking place from now through mid-May.

“What I ultimately wanted was to face him and have a discussion and say the things that I wanted to say, you know, and ask the questions that I wanted to ask,” Griffith told MovieMaker of the real-life meeting that inspired the movie.

Put simply, restorative justice is a way for survivors of crimes to meet with their attacker in a safe, mediated setting where they can have an open dialogue. The goal is to help survivors heal and overcome their trauma.

Also Read: The Meeting Director on Casting a Survivor of Sexual Assault as Herself

When Griffith entered her meeting, her attacker — played by actor Terry O’Neil under the pseudonym Martin Swann in the movie — made it clear that he had no intention of apologizing to her for what he’d done. And that was okay by her. 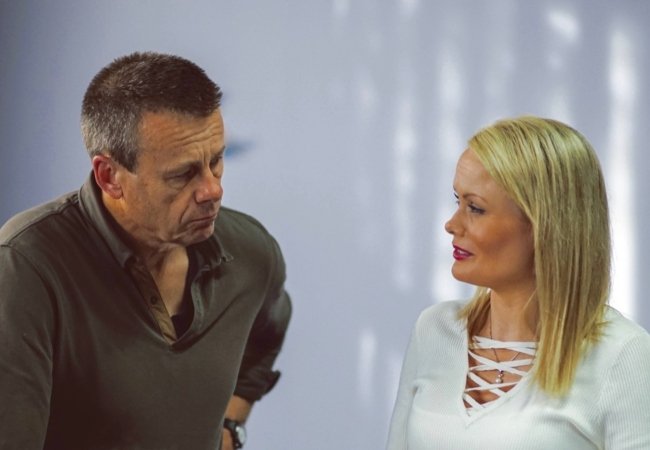 “For the restorative processes in general, there doesn’t have to be forgiveness and there doesn’t have to be an apology,” Griffith explained. “It can happen successfully without those. But for me, actually what transpired was that I’d gotten to the point where there was nothing that he could say that would really take away all that suffering I’d endured. It had moved beyond that. I had endured it, I had lived it, and I’d lived through it. So it had gotten to the point where what I needed to actually let go was to forgive him, and that was something that could happen without him saying, ‘I’m sorry.'”

Griffith said that what really helped her heal was seeing her attacker as just a regular person.

“All I felt I needed was to see him as human in order to allow myself to feel any kind of compassion for him, and I was able to do that in the room,” she said. “I think people assume that somebody needs to hear an apology in order to forgive, but I don’t believe that’s the case because what I feel is that, in truth, you’re forgiving for yourself. It’s about you letting go — it’s not about saying what he did was okay. It’s different than that.”

She continued: “When I saw him and he became a human to me, that just came very naturally, that sense of forgiveness. Because I did feel some compassion for him, not about necessarily his stories about his life and stuff — it wasn’t about that — it was actually beyond that. I could see a person who was really struggling, who was not a content person within himself, somebody who was suffering. So there was no way I would have known that, other than my restorative meeting.”

Through The Meeting, Griffith has been able to reach other women who’ve gone through similar experiences to hers. She met many of them at Q&A sessions when the film was released in theaters in Ireland.

“We would often have women standing up within the audience and saying, ‘Something like this happened to me, and it’s really encouraged me and given me hope that I will overcome my own trauma from this,'” Griffith said. “I definitely have been contacted by people from New Zealand, from Scotland, women who are like, ‘I want to do this — how can I do this?’ and I’ve been trying to find ways for some people to do these things, but in some jurisdictions, it’s much more difficult than others. And that’s why I’ve been on a mission since then to make restorative justice more mainstream, as much as I can.”

You can rent or buy The Meeting here. Main Image: Ailbhe Griffith as herself in The Meeting, courtesy of Parzival Productions.

The Meeting Director on Casting a Survivor of Sexual Assault as Herself
For David Attenborough, Life in Color Is a Lifelong Dream Fulfilled