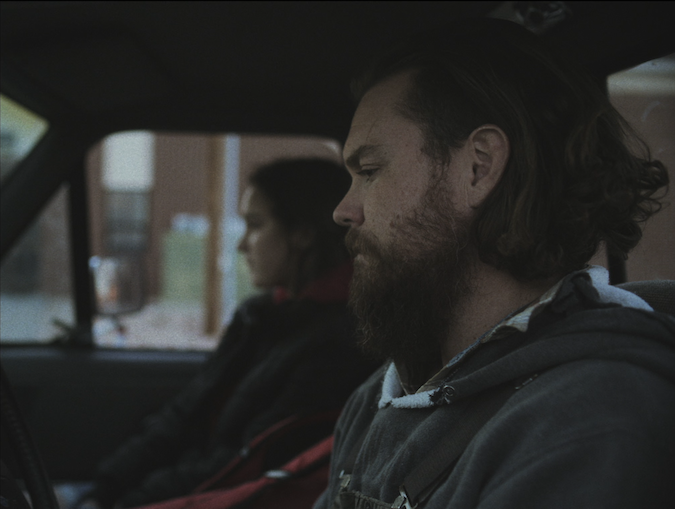 The Killing of Two Lovers writer-director Robert Machoian thought a lot during the planning of the film about “how to shoot long takes without drawing attention to the fact that it’s a long take, in and of itself.”

So he went back and watched Brian De Palma’s Snake Eyes for its flashy 12-minute single take opening.

“It’s very showy. And there’s a place for that. But for this film, it would have been very inappropriate to be showy at all,” he says.

The Killing of Two Lovers follows married couple David (Clayne Crawford) and Nikki (Sepideh Moafi) in rural Utah, as they work through a separation. But after Nikki gets a boyfriend (Chris Coy), David begins to unravel.

The film makes masterful use of long takes throughout, and Machoian and cinematographer Oscar Ignacio Jiménez employ it much differently than De Palma did for his Nicolas Cage conspiracy thriller. In one key moment, the camera acts as an equalizer during an emotionally fraught scene.

Avoiding traditional shot-reverse-shot coverage, the camera is instead framed on both David and Nikki as they work through an argument. This prevents the audience from choosing a side.

“The second you hold the camera, you establish that somebody is more important than the other,” Machoian explains. “But David and Nikki are equally trying to figure this out. And there really isn’t one who is in more of a position of power than the other.” 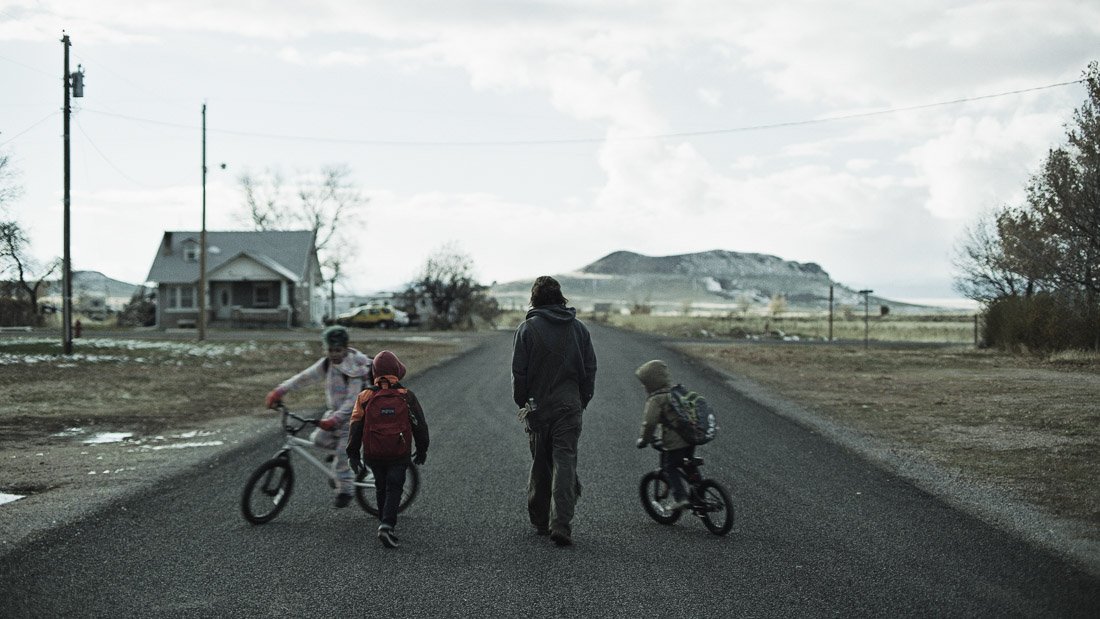 Arri, Ezra and Jonah Graham are director Robert Machoian’s sons. They appear alongside Clayne Crawford in The Killing of Two Lovers by Robert Machoian. Photo by Oscar Ignacio Jiménez.

Crawford, Moafi, and Coy all have theater experience, which made pulling off these extended sequences possible. “If we didn’t have the actors that we had, we would have had to shoot it differently. Because if you do a long take with someone who can’t act, it just gets worse the longer they go with it — it doesn’t necessarily get better,” Machoian says.

Machoian is aware that long takes can be distracting to viewers.

“It felt really important to just orchestrate the performance, and allow Sepideh and Clayne to move within that frame, and as a result, hopefully not draw attention to the fact that we’ve been sitting on this shot for four minutes,” he said. “Hopefully in the end you’re so engrossed in the character drama, that it’s really kind of an afterthought.”

Crawford’s David finds solace when he’s in his pickup truck, and the film has a number of impressive long takes as he drives around town, sometimes alone, sometimes with his four kids. But the truck took on more symbolic meaning as Machoian and Crawford went through the script together in pre-production.

“David’s currently homeless. He’s not able to live in the home with his wife, and he’s staying at his dad’s house, but he’s a guest now that that’s no longer his spot at home. His only home is his truck,” Machoian says. 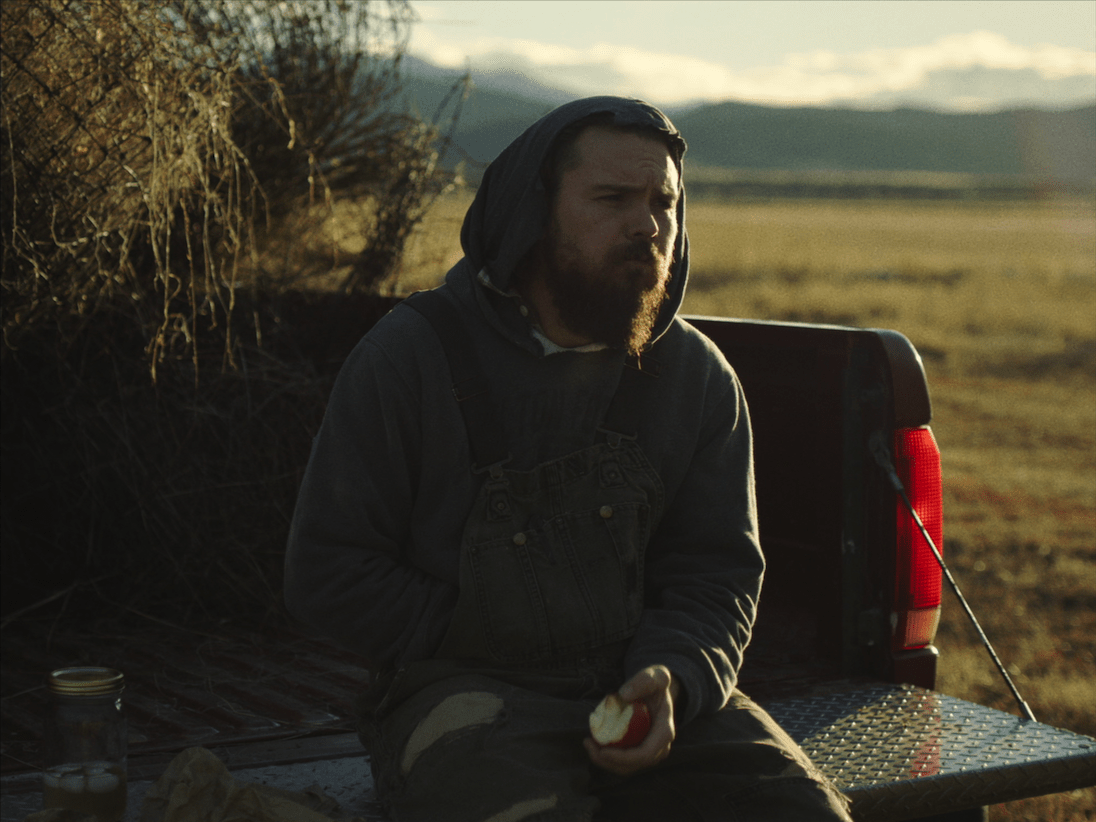 Jiménez and the key grip secured the camera to the truck with a car mount and used a wide 32mm lens to frame more of its interior. Jiménez says they said a quick prayer that it was secured properly: “Please don’t fall off.” They were using a borrowed RED Gemini camera, so if that happened, “There goes the movie, there’s no more shots after that.”

Thankfully, the camera didn’t fall off. Machoian followed along for the truck scenes in a golf cart.

David and Nikki’s four children are key to the film. Directing kids in long sequences could easily end in disaster. But Machoian cast his sons, whom he had previously cast in his 2019 short “The Minors.” They secured roles in that short through the simple yet effective tactic of bugging their father to cast them. Machoian says he wrote that script “under the idea of, could my three boys carry scenes?” The answer was an emphatic yes, and so he wrote them into his next project. 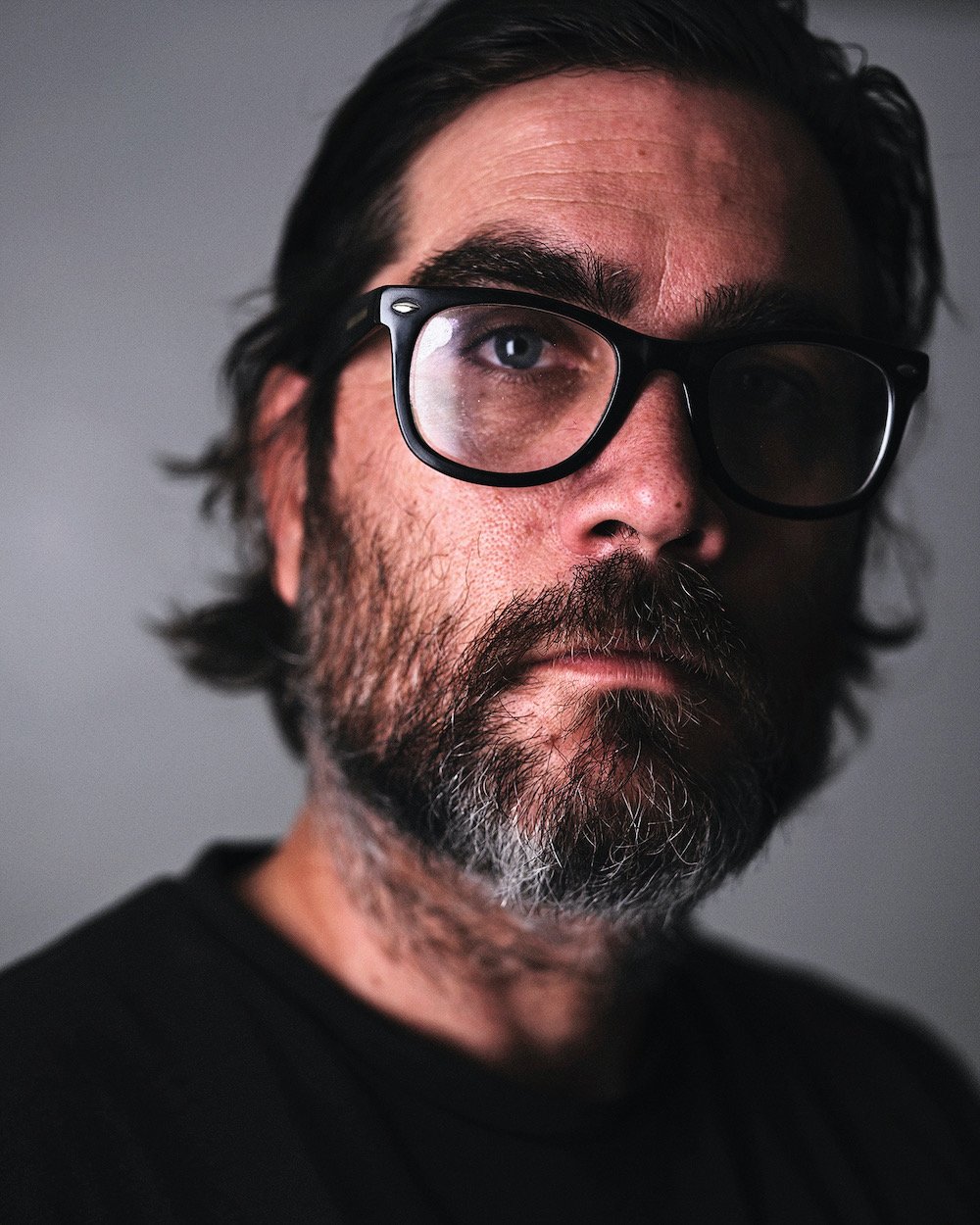 Even after working with his sons on the short, they still surprised him on The Killing of Two Lovers.

“What I learned on The Killing of Two Lovers is how serious they are. They did a really good job on ‘The Minors.’ But now they were going to be with actors that are doing really big stuff. And we had limited time.”

Late in the film, David drives his children to a park and the shot is full of conversation. The long take seen in the final film is the second one Jiménez and Machoian shot. And the first one was only unusable due to a technical error.

“The first take was botched because Arri was just unaware of the framing, and he kind of sat forward and then blocked out everyone else in the car — it’s just his head,” Machoian explains.

“So then we came back around, and we get the composition all worked out. And then they went for the scene and really nailed it.”

The Killing of Two Lovers, written and directed by Robert Machoian, opens in theaters today.