Swing States: With the Ups and Downs of Tax Incentives Across America, Lives and Movies Hang in the Balance 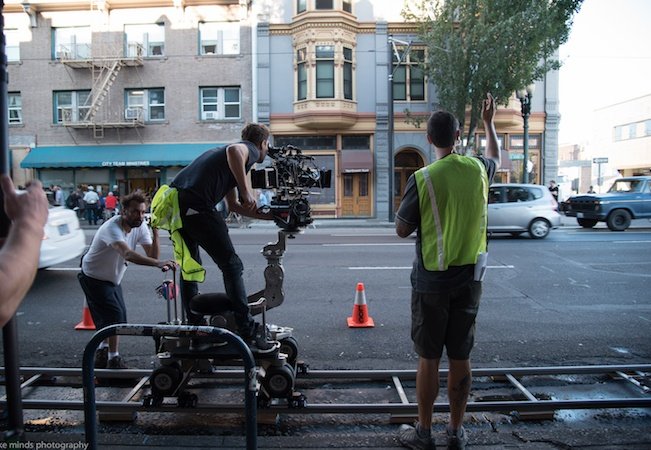 There’s still a spirited debate going on in the U.S. about film tax incentives. Moviemakers and their advocates point to jobs tourism revenue. Tax hawks claim lack of bang for the buck when it comes to state spending. The shouting matches are increasingly shrill and for all players involved, the stakes are high.

Born out of an economic slowdown and designed to fight film flight to Canada, film incentives in the U.S. became an integral part of moviemaking in the early 1990s. Louisiana was one of the first states to launch what would become a booming statewide incentive program in 1992. Since then, incentives have helped countless producers augment their funding.

Competition between states is stiff, the stakes are high, and every few years a different place seems to be at the top. Recent years have seen the demise of Florida’s incentive, budget reductions in formerly competitive Louisiana (now $180 million per year, down from $246 million in 2014) and Texas (cut from $95 million to $32 million in 2015). On the other hand, some states, such as Georgia, continue to employ aggressive incentives.

“With incentives,” says writer-producer Laura Boersma, co-founder of production company Granfalloon. “we require fewer equity investments. It’s a lot easier to ask an investor for less money. When we made Indiscretion, our film with Mira Sorvino, Cary Elwes and Katherine McNamara, we explored filming in Los Angeles and New Orleans. With New Orleans, we were able to add about 30 percent to our budget. We did the math to see if it made sense, since we would have to house our cast and some crew, and it was still worth it.”

“It’s all about the jobs,” says Ivan Schwarz, president and CEO of the Greater Cleveland Film Commission. “This is an opportunity to increase employment. The manufacturing jobs don’t exist; this is part of the new economy. We can’t go back to 1950.”

The new reality is that moviemakers go where the incentives are, and states use incentives to lure them.

“No incentives,” says Schwarz, “no movies.”

An electrical team sets up a balloon light for the feature Bomb City, shot in Dallas, Texas, a state whose incentive budget was cut in 2015. Photograph by Ericka Estrella

The return on investment (ROI) is at the center of the debate between incentive foes and the industry. How do you measure results? The debate gets in the weeds quickly. Multipliers are tossed about for returns for every dollar rebated, and which economic indicators to use in judging returns.

A recent flashpoint was two economic studies by Michael Thom, an assistant professor at USC, pointing to anemic ROI for incentives. In his 2016 article “Lights, Camera, but No Action?” in The American Review of Public Administration, Thoms makes the following assertions: “Transferable tax credits had a small, sustained effect on motion picture employment levels but no effect on wages. Refundable tax credits had no employment effect and only a temporary wage effect. Neither credit affected gross state product or motion picture industry concentration. Incentive spending also had no influence.”

Thoms’ take was not welcome news for the film industry, and the Motion Picture Association of America’s Vans Stevenson fired a salvo back: “This is academic malpractice, designed to make a provocative statement rather than offer sound policy analysis.”

The MPAA and others took issue with how Thom measured the impact of incentives, questioning, for example, the inclusion of movie theater jobs when looking at jobs related to film incentives. A big gripe is that the impact on tourism is often not measured in studies. In addition, film infrastructure leads to secondary jobs for attorneys, accountants, HR professionals and others, which is not always taken into account.

Peter Stathopoulos, an attorney specializing in film incentives with Atlanta’s Macey, Wilensky & Hennings, also notes the secondary impact on colleges: Classes and programs have been added in Georgia to meet the industry’s demand for film professionals.

When talking to film advocates, the state that frequently comes up is Georgia, which has an uncapped incentive program featuring 20 percent transferable tax credits, with another 10 percent available for productions that include the state’s peach logo.

Stathopoulos, who helped draft the Georgia Entertainment Industry Investment Act of 2008, says that “film production went from around $35 million in 2007 to more than $7 billion.” Georgia vaulted from the middle of the pack into third place for film production in the U.S., trailing only number one California and number two New York.

With infrastructure growth and film pros moving to where there’s work, Stathopoulos says the long-term goal is self-sustainability for the industry in Georgia. “There are opponents, like [conservative group] Americans for Prosperity, but the legislature and governor have been supportive.”

When Incentives Fade Away

The experience of Georgia’s southern neighbor shows the opposite result. John Lux, executive director of Film Florida, an entertainment trade association, has watched the decline of Florida productions.

“While the program officially sunset on June 30, 2016, this has been a challenge for the last three years, since all of the funds in the program were already allocated [reaching the state cap] to film, TV and digital media projects,” he says. “In that time, Florida lost close to 50 film and TV projects, which would have spent $650-plus million in Florida.”

He notes that incentive foes had predicted that Florida would not lose film business because of the desirability of locations. But the dwindling numbers tell a different story: “The most recent loss was the HBO series Ballers leaving South Florida for California. That’s another $20 million per season that will be spent elsewhere and 2,500-plus Floridians not hired to work on the series.”

Lux believes that there is a misconception “that the incentive only helps the out-of-state production companies. The reality is that the companies are fine; the people who get hurt are the Florida residents, who no longer have work.”

Recognizing that there’s value beyond state incentives, some cities are working hard to promote a face of film friendliness, and even adding their own incentives.

For example, San Antonio is now adding as much as 7.5 percent in incentives for film projects on top of incentives at the state level; for Texas, up to 30 percent in production rebates, with an additional 2.5 percent for being in an underutilized or economically distressed zone, which applies to San Antonio. This might combat the recently lowered state cap. Other financial offerings include a grant that awards $25,000 annually to a local with a feature in pre-production, and the Neighborhood Film Project, which awarded $20,000 in prizes in 2016.

Debbie Racca-Sittre, Interim Director of the City of San Antonio’s Department of Arts & Culture, notes a strong uptick in interest since the approved incentives.

“We want to make the experience easy,” she says. “We’ve worked to make permitting easier. Being film-friendly means more than incentives.”
“It’s important to know what the local filmmaking infrastructure looks like,” agrees Boersma. “Is there enough crew, equipment and support for the shoot? New Orleans is a great movie city, but unfortunately it was swamped, while we were in production, with a lot of studio shows. Being a smaller indie, we ran into the fact that a lot of the crew and resources were already taken. We ended up flying in more crew and shipping more gear.”

Cleveland is coupling Ohio’s recently upped tax incentive program with local marketing that highlights the city’s film infrastructure. The city’s outreach efforts will also be buoyed by the state’s recent decision to double its annual cap on incentives to $40 million and remove a previous $5-million per-project cap. Accordingly, Schwarz notes that the city will soon announce a large feature project.

In the end, the billion-dollar question is how to build deals that are good for states and good for moviemakers. Of course, the devil is in the details.

“People need to understand how to use incentives to help the economy,” says Schwarz. “Doing it to get movie stars to come just makes it hard for the rest of us. It needs to be long-term strategy.”

The answer may rest in studying what’s working around the country.

As he looks ahead at efforts to restore incentives in Florida, Lux says, “Instead of taking the easy way out and just saying ‘no,’ we believe the better approach is to examine what works in some places and use that, and look at what doesn’t work in other places and make sure we don’t use that. If there was something about our expired program that didn’t work, we should all acknowledge it and do better, not just ignore the positive aspects that came along with it. When our industry is working in Florida, jobs are created, millions of dollars flow into our economy, and tourism is enhanced.” MM

These are the questions to ask about an incentives program, say moviemaker Laura Boersma and Atlanta attorney Todd E. Hennings.

This article appears in MovieMaker‘s Winter 2017 issue. Featured image: Andrew Haigh’s Lean On Pete shoots in Portland, Oregon, whose annual cap on tax credits rises to $14 million in 2017 (up from $10 million in 2015). Photograph by Louise Demetre.

Creative Convergence: Finding Your Movement at the Tacoma Film Festival 2016
Penetrating Images: I Am Not Your Negro Remixes James Baldwin with America’s Tradition of On-Screen Racism