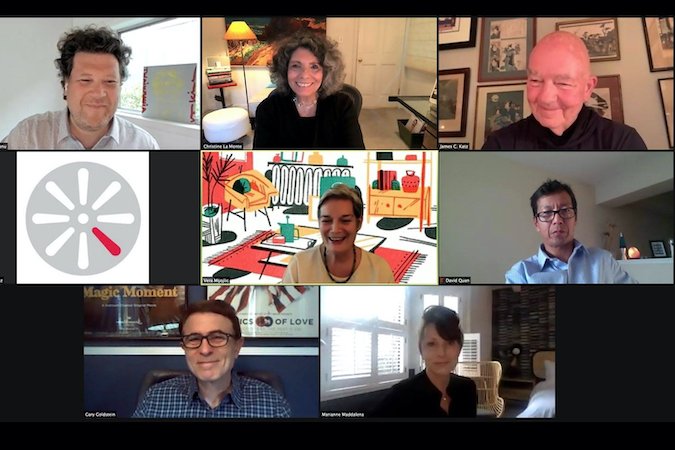 What does the future hold for theatrical distribution, the studio system and streaming giants? A panel of industry insiders at the South East European Film Festival offered a few ideas in a panel informed by what’s happened in the past.

“Who goes to movie theaters, is really the big question,” asked Los Angeles Times writer and author Gary Goldstein, who moderated the discussion. “It seems like there’s two audiences: you’ve got the people who are going to movie theaters to watch the bigger event movies, the tentpole movies — those things that they think require a big screen.

“And then you have a generation that grew up going to movie theaters all the time, and love the movie theater experience, and go to independent theaters to see art films, horror films and documentaries and things like that.”

“The theaters are going to have to reinvent themselves. But I really think they will,” Katz said. “You can have the best sound system in the world in your house, and it’s not going to be the same as the theaters. Maybe the multiplexes will convert themselves to three big theaters, because there’ll be less content that will lend itself to that.”

“Wouldn’t it be really funny, Jim, for all of us who were around during the years where multiplexes started happening, where they take these big theaters and divide them up into 23, 24 screens. So now the concept is OK, let’s go backwards. Instead of having 20 screens of all sizes, let’s make them four or five great big screens with a couple of 1000, 1500 seats in them.”

Beem founder Mihai Crasneanu predicted more niche content, since “everyone is into some kind of niche content.”

“That kind of content is always very hard to find, so there is a premium for the curation of that content,” Crasneanu said. “People are ready to pay an extra amount of money to get the content they love, provided that it’s nicely curated in a way that appeals to them, by people who understand that passion.”

Crasneanu expects that almost everyone will subscribe to a few of the major streaming platforms, like Netflix or Amazon, that people will also be “subscribed to two, three or four verticals that are specifically appealing” to them. These verticals may be as diverse as “snowboarding, opera, or fly fishing.”

The average consumer might scoff at this prediction — the last thing many of us want is to pay for yet another streaming service — but Crasneanu noted that one positive is that creators will begin to get paid for creating such content.

“That’s going to drive prices up, which is amazing, because it means that people who used to produce very specific content had a hard time to sell that product, and suddenly it’s going to make a lot of sense for them to keep producing,” Crasneanu says.

Adam McKay Explains Our Angry Internet: ‘Your Average Citizen Has Never Had Less Power’
The Underground Railroad Director Barry Jenkins Talks With DP James Laxton: ‘This Is the Hardest Thing I’ve Ever Done’