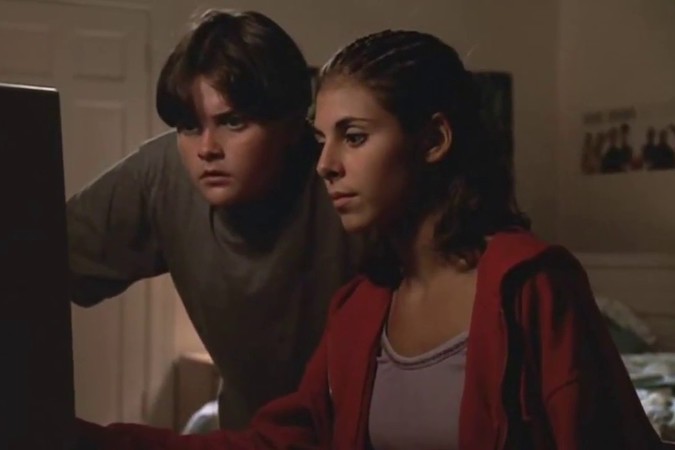 But First: This short bonus episode of The Industry podcast looks at one man’s quest to fix Superman IV. It’s on Spotify and Apple and here:

DeVito. Danny DeVito: Margeaux Sippell has this comical roundup of tweets debating who should replace 007 actor Daniel Craig, whose final Bond movie, No Time to Die, hasn’t even come out yet.

All Joking Aside: Daniel Kaluuya is an awesome idea.

The Many Saints of Newark: I talked with Alan Taylor, director of the outstanding Sopranos prequel, out tomorrow, about the three meanings of the film’s curious title.

Sopranos Fever: The New York Times insists that “every young person in America” is watching the Sopranos, and I hope that’s true, because I love tweets about how the Bada Bing dancers are problematic. The thrust of the article is that there is an “openly left-wing subcurrent” to recent Sopranos fandom, and that many young viewers see it as a story of America’s decline. But I have to wonder: Could it also just be that nearly everyone of any demographic who watches the Sopranos loves it, because it’s really good? Or perhaps the youth are watching the show because the new movie has piqued their interest?

Irregardless: I have to endorse any article that references one of the “queens of downtown leftish podcasting” a couple of months after said queen was on the cover of MovieMaker.

Yes: I am aware that “irregardless” is not a word, but Tony said it in the Sopranos episode my wife and I watched last night, because we are hip, with-it youths.

Ocean’s Reunion: Apple Original Films has won a bidding war for a George Clooney and Brad Pitt film from Spiderman: Homecoming director Jon Watts. The Ocean’s 11 bros, who also appeared together in the Coen brothers’ Burn After Reading, will play  “two lone wolf fixers assigned to the same job,” according to The Hollywood Reporter. Warning: Clicking on the story may expose you to dangerous levels of handsome.

Remember When ‘Bromance’ Was a Word? We got through that and we’ll also get through this. [Waves hand across barren landscape.]

Ridley Scott: The 83-year-old director tells Empire he’s “having [the next] Gladiator written now” and will make the film after he finishes his Napoleon film, Kitbag. Of course that comes after the two films he has out in the next two months — The Last Duel and  House of Gucci. I love him. Ridley Scott works so hard he makes Clint Eastwood look retired.

More: The original Gladiator, released in 2000, won five Oscars, including Best Picture and Best Actor for Russell Crowe. Scott tells Empire of Kitbag: “The thing that really makes Napoleon tick is, why was he in so much need of Josephine?” Deadline reports that the title Kitbag comes from the saying, “There is a general’s staff hidden in every soldier’s kitbag,” and also that Joaquin Phoenix, who played the villainous Commodus in Gladiator, will play Napoleon.

Which Episode Did You Watch Though? Episode 65, “All Due Respect.”

007 Gets 002 Thumbs Up; What Licorice Pizza Means; In Praise of Body-Swap Movies
The Sopranos Ending — and Beginning; Johansson and Disney Settle; Tables