Share Your Godzilla vs. Kong Preference; Meet Senator Batman; From Bankrupt to Auteur 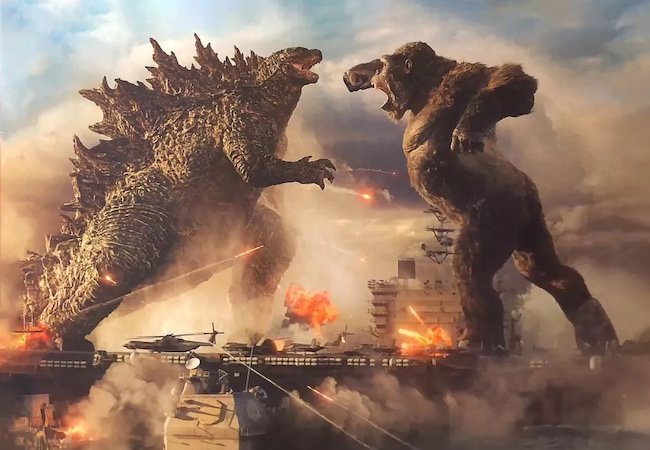 In Today’s Movie News Rundown: A man who made a $300 found-footage horror film that has recouped his investment 300 times over; Godzilla vs. Kong trailer highlights; and meet Sen. Batman (D-VT).

Tomorrow: We release our annual list of the Best Places to Live and Work as a MovieMaker. Can Albuquerque threepeat as the best big city? What’s happening with Hall of Famers New York City and Los Angeles? If you got this newsletter in your email, you’re also signed up to get the list. If not, please take 10 seconds to sign up for everything right here.

Think Like a Producer: Michael Covino and Kyle Marvin are the writers and producers of the Sundance darling The Climb, a comedy about a friendship that plays out in a series of extended continuous shots. In the latest Demystified from our friends at StudioFest, they offer some fantastic advice on how to get financing for a film and to plot out locations, rehearsals and shooting in the most efficient and creatively pleasing way possible. Watch here:

Inspiration: The Philadelphia Inquirer has a great profile of filmmaker Nigel Bach (real name Tom Fanslau), a once-bankrupt middle-aged man who made a found-footage horror movie with a cell phone and the security cameras he set up throughout the home where he took care of his elderly parents in New Jersey’s Pinelands. The Pinelands, of course, are also the home of the Jersey Devil, the villain of Fanslau’s film, Bad Ben. the $300 film has earned more than $100,000 and spawned several sequels.

Two Distant Strangers: Last week we told you about the new Travon Free film about a man named Carter (Joey Bada$$) who keeps replaying the same deadly encounter with a racist cop. The film, written and co-directed by the Daily Show and Full Frontal With Samantha Bee writer, looks like a solid contender in the Oscars’ Best Live Action Short Film category. Today, the trailer:

In and Of Itself: Can everyone who reads the Rundown please commit to seeing Derek DelGaudio’s In and Of Itself so we can talk about it? The film, directed by Frank Oz, works best if you know nothing about it. In fact, ideally, you have no idea who Derek DelGaudio is. But if you have seen it, you’ll enjoy Eric Steuer talking with Oz and DelGaudio about how they did it. Listen on Apple or on Spotify or above.

Godzilla vs. Kong: I share the same concerns many people do about how releasing new films on HBO Max might disrupt my beloved theatrical experience, but Godzilla vs. Kong is exactly the kind of gamble I would take at home but not in a theater. I’m tentatively excited! There are great actors (Alexander Skarsgård, Rebecca Hall, Kyle Chandler) an awesomely ridiculous song, and a deadly serious tone that is exactly the way to go in these situations. Plus, a neon city (at the 1:43 mark), lots of things to study (1:47) and, um, is that a Mechagodzilla four seconds in?

So, Godzilla or Kong? Let us know in the comments. The best answer gets mailed a free copy of our latest issue.

Today I Learned: About Chris Classic, who creates songs I think we can safely go ahead and call “bangers” for TV and movies, including the Godzilla vs. Kong song “Here We Go.” Here’s his bio.

Senator Batman: Did you know Vermont’s second-most famous senator has been in five Batman movies? CNN recaps how Sen. Patrick Leahy, born just a year after the Dark Knight’s debut, fell in love with Gotham City as a small child while reading comics in a Montpelier public library. He’s now third in line of presidential succession, so watch your back, League of Shadows.

So, League of Shadows or Sen. Patrick Leahy? Let us know in the comments. The best answer gets mailed a free copy of our latest issue.

Yes, OK: The other Vermont senator can play too.

“You wanted me, here I am” #BernieSanders pic.twitter.com/YzW7qTNlBk