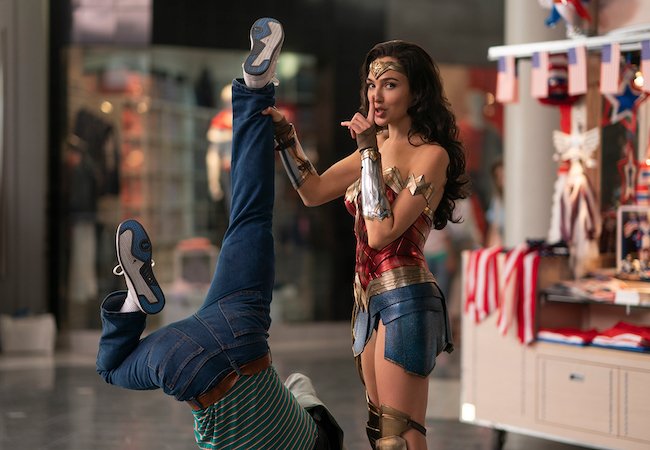 In today’s Movie News Rundown: The success of Wonder Woman 1984 — even in theaters — means we’re getting a Wonder Woman 3; today is the 125th anniversary of cinema itself; and have you ever wondered who started Nickelodeon?

Happy Birthday, Cinema: Today marks the 125th anniversary of the day Louis and Auguste Lumière held the first public screening of their short films — and so Dec. 28, 1895, is often regarded as the birth of cinema. Here is the first of the films shown.

An Appreciation: Thierry Fremaux, director of the Lumiere Institute and the Cannes Film Festival, wrote a lovely piece for Variety marking the anniversary and noting how many times cinema has been declared dead since its birth. “In their absence, theaters… have never been so present. When will we see each other again? Soon. We must!,” he writes. “We want to return to a theater where there is no ‘pause’ button. We want to see, on a big screen, a film we know nothing about, sitting next to someone we don’t know, and experience the promise that cinema has always upheld, and which will never disappear.”

On That Note: Here’s something no one saw coming. Wonder Woman 1984, a film that was available to watch at home on HBO Max, released at the height of a deadly pandemic with fewer than 40 percent of U.S. theaters even open, earned an impressive $16.7 at the North American box office, the best opening of any movie since the pandemic started.

Who Went?: Variety notes that many of those sales seem to be from private viewing parties, in which people rent out whole theaters for a hundred bucks or more, thereby avoiding strangers. It reports more than 10,000 private screenings nationwide over the weekend.

WW3 Declared: Ooops. I should have clarified that “WW” is for Wonder Woman. Anyway, Wonder Woman 1984 was so successful that Warner Bros. is fast-tracking Wonder Woman 3. “Our real life Wonder Women — Gal and Patty — will return to conclude the long-planned theatrical trilogy,” Toby Emmerich, president of the Warner Bros. Pictures Group, told The New York Times.

Finally: After milking the situation for as much attention as possible, soon-to-be-former President Trump finally signed the $900 billion stimulus bill that includes $15 billion for movie theaters and live-performance venues.

The Birth of Nickelodeon: In the latest MovieMaker podcast, Eric Steuer talks to Scott Barber, co-director of The Orange Years, about the team of mostly women who launched Nickelodeon and helped shape the next four decades of our culture. You can listen on Apple or Spotify or right here: