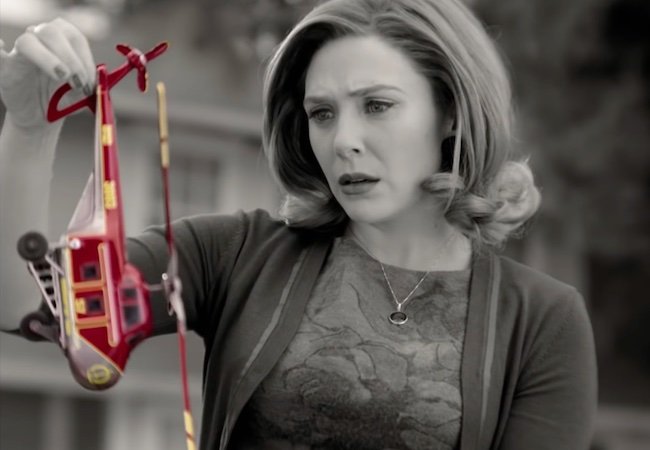 In today’s Movie News Rundown: The Tanya Roberts situation; Dr. Fauci tells us when we can maybe go see a movie; that time Elon Musk produced a very funny satire; are you beginning to feel like you’ve already seen WandaVision?

Tanya Roberts Lives: Rumors of the Beastmaster and A View to a Kill actress’ death have been greatly exaggerated. “Her rep Mike Pingel told Variety that although her partner, Lance O’Brien, originally thought she had died, the hospital called Monday morning to report she was still alive,” Variety writes. “However, Pingel said that Roberts remains in the ICU in ‘dire’ condition.” I love you, Variety, but maaaaaaybe you should take this article down?

Fauci’s Theater Prediction: In a talk with California Gov. Gavin Newsom, Dr. Anthony Fauci, director of the National Institute of Allergy and Infectious Diseases, predicts that theaters and other shuttered businesses could reopen by early fall, if we all, you know, get it together. His answer begins around the 22-minute mark below. A summary and brief transcription follows the video.

Summary: Fauci starts by says the U.S. first needs to speed up the process of vaccinating those who are most in need.“Let’s say at April, it will be what I call ‘open season.’ Namely, anybody who wants to get vaccinated can get vaccinated. If we then diligently vaccinate people in April, May, June, July, that we will gradually and noticeably get a degree of protection approaching herd immunity.” He clarified that no one knows what will constitute herd immunity yet, but estimated it will be somewhere between 70 and 85 percent of the population. If that happens, he said, we can expect some “strong semblance of normality” by early fall. “Schools, theaters, sports events, restaurants. I believe if we do it correctly, we will be there by the early fall.”

Elon Musk, Movie Producer: Last night, watching the terrific 2005 satire Thank You For Smoking, the missus and I noticed that one of the film’s producers is… Elon Musk! And another is Peter Thiel. At that point, both were perhaps best known for making scads of money on PayPal. Say what you will about those guys — in 2005 they produced a great movie. The only thing I don’t love about the movie is when the reporter (Katie Holmes) who gets inappropriately involved with someone she’s covering (Aaron Eckhart) because honestly, that doesn’t happen in real life.

WandaVision: Here’s a new TV ad for WandaVision, a new TV show made to look like old TV shows. Do you feel like you’ve seen this already, because of the long buildup and many teasers and trailers and whatever? Me too. But a prediction (and I have no inside information here): All the flashback-through-TV-history stuff we’ve seen previewed will happen very quickly in the first episode and then the show will get into some cool drama about where Wanda (Elizabeth Olsen) and Vision (Paul Bettany) actually are.

Comment of the Day: In response to our list of What Film Festivals Want, Ned Cordery writes: “OK, we hear the festivals — now for the festivals to hear this film maker. Tell us how many entries you receive and how many are screened for the previous year. Tell us how many entries are requested by the festival to be screened, bypassing the entry process. Detail your screening selection process.” Thanks Rob. These are things we get into in our annual list of Film Festivals Worth the Entry Fee, but we’ll keep digging for more detail.

How the Goodfellas Tracking Shot at the Copacabana Got Comically Thwarted
Film Festivals Weren’t Meeting Their Needs. So They Started One