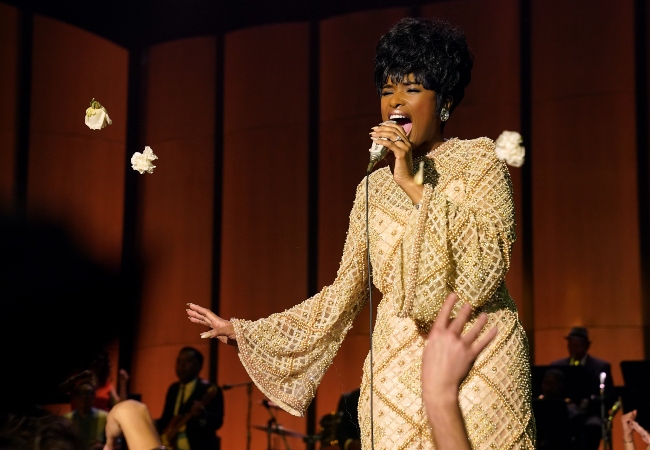 Liesl Tommy had a very clear vision from that start of how she wanted to direct her new Aretha Franklin biopic, Respect. She remembers an introductory chat with producer Scott Bernstein in which she quickly went into specifics.

She adds: “They were definitely like, wow, okay, we’re just diving in. Alright.’ And then they came back to me a few weeks later and they were like, ‘Yeah, we’re into it, let’s bring you on.'”

The film, which stars Jennifer Hudson as the young Aretha Franklin, focuses largely on the singer’s struggles to break into the music business. As a fan of Franklin’s since “probably the womb,” Tommy says she knew a lot about the iconic singer going into the project — but not everything.

Through her research, she learned about some of the more difficult parts of Aretha’s life. In Respect, she found a way to cover Franklin’s experiences with childhood sexual abuse and domestic violence in a way that was still respectful.

“You know, when I pitched the film, I pitched it as a story about a woman who has the greatest voice on Earth who had to find her own voice. That was the story that I wanted to tell, and in order to do that you kind of do also have to know what her struggles were and that she was a person who had baggage to overcome. She had grief from her past of losing her mother when she was a little girl. She had trauma, and all of those things contribute when you’re an artist to making you a complex and emotional and brilliant performer that she was.” 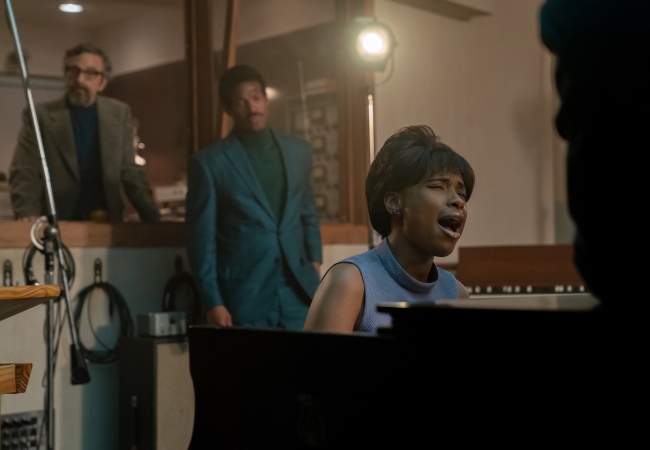 “I think that the question of how you become the Queen of Soul — I don’t think you can have that much soul if you haven’t had to really, like, struggle, right? And that’s why we love her music, because she has such intense emotionality when she sings. And where does that emotionality come from? It comes from a real, live woman who lived a real, complicated life.”

Tommy says was also very careful about how she portrayed domestic violence.

“One thing I knew I did not want to see is Aretha Franklin be punched or hit by her husband. I did not want to see a fist make contact with her face,” Tommy says. “I feel like as a woman, I have seen enough of that in film to kind of last me a lifetime, you know? And I just think that part of my job as a filmmaker is to try to be creative about how you use the camera and how you tell stories, and I just think that there was a way to do it that was really more about the emotional impact than the literal impact.

“Maybe that’s because I’m a female filmmaker, who knows — but I just felt like, let’s just get a little more creative about how we tell a story of violence without necessarily showing her being punched.”

Tommy’s background as a Broadway director — she was the first woman of color to be nominated for the Tony Award for Best Direction of a Play for 2017’s Eclipsed starring Danai Gurira — also helped shape Respect into something definitively hers. All of the vocal performances in the movie were sung live, just like they would be on Broadway.

“It’s definitely who I am as a director — it’s all connected. I’ve done a lot of musicals. I love live singing, I love the power of a live-performed song. And so what that meant is that I wanted everybody who had to sing in this movie to actually be able to sing. So that’s why I cast so many incredible Broadway, Tony-winning actors in this film,” she said. “I understand the kind of power of emotional storytelling. And I think that that’s definitely something that I brought into the film, is just shaping an emotional journey for the audience in a specific way.”

Respect, directed by Liesl Tommy, is now playing in theaters.