Writer-director Park Chan-wook has emerged as one of the most provocative moviemakers of the last decade. Although not limited to the genre, his explicit horror movies—such as Oldboy and Sympathy for Lady Vengeance—transcend the boundaries of such narratives by way of elegant camerawork and stories grounded in credible humanity. Chan-wook’s latest feature, Thirst, follows a well-meaning Catholic priest (Song Kang-ho) who is accidentally stricken with a disease that turns him into a vampire. As he slowly gives into his newfound desires, cultivating a deadly relationship with a curious young girl, the character’s plight becomes a fascinating symbol for human vices.

As Thirst finished its run at the 2009 Cannes Film Festival, where it split the Jury Prize with Andrea Arnold’s Fish Tank, Chan-wook spoke with MovieMaker about the vision behind the production.

Park Chan-Wook (PCW): I didn’t really set out to make a vampire movie, per se. Rather than the fantastical elements of supernatural powers and romanticism that are usually associated with vampirism, I thought what was interesting is how many limitations there are when you are a vampire. It limits the hours of the day you can be active, severely limits the kind of food you can live on and there are not that many opportunities to use the powers you have.

In this sense, the way I treat vampirism is as a kind of a disease, dealing with it at an existential level so as to make the observation more objective; to bring out the themes embedded in the story of a priest who has fallen into a terrible moral predicament.

MM: The main character goes against many of his ethical boundaries in the movie, but maintains a sense of morality. How important was it for you to maintain this balance?

PCW: One of the main themes in this film is there being moral aspects to every choice you make in life, whether they are big or small. I wanted to look at it in a very objective, naturalistic way. We painted a picture of a person who, as a priest, is acutely aware of morality but has to deal with the storm of emotions rising from facing his new identity as a vampire. Maintaining the balance between how his existential needs and desires drive him out of his moral boundaries and how he still does not stop believing in his principles was important. It gives reality to the internal conflicts and his struggle to remain moral, making it more relevant to the audience.

Becoming a vampire, which is the base opposite of the principles he lives by, is not something he wanted or wished for. It is something that has happened to him while he was trying to help humanity by volunteering for a biological experiment. This is the kind of irony found in real life when, despite our best intentions and our efforts to be good, we are misunderstood or are met with tragic circumstances

MM: Can you elaborate on your decision to bring Catholicism into the story?

PCW: I grew up in a very Catholic family and went to a Jesuit university [Sogang University], so Catholicism was something very familiar to me. Although I didn’t have Catholic faith—even back 10 years ago when I was looking for a character who could be considered highly noble so as to make his moral downfall most dramatic, it was quite natural for me to choose a Catholic priest. Also, for him to fall to the extreme base level of becoming a vampire means he needs to drink other people’s blood. Now, every day during mass, priests reflect on the mystery of Christ’s blood, which they say was spilt for the redemption of mankind. As part of the rite, they drink wine, which symbolizes the blood of Christ. With the new identity of a vampire, the main character now has to drink the actual blood of other people in order to subsist. There’s a great irony in that.

MM: The horror elements of the movie are frequently offset by comedy. How did you introduce humor to the narrative?

PCW: To me, humor is probably the most important part of my filmmaking. I’ve come to realize that in life, depending on the angle, some of the most desperate actions someone can take while struggling in dire circumstances can appear comical to an observer who is a step away from that situation.

I have come to recognize life as a tragedy. The kind of humor in this film is not standalone, but infused with other emotions, such as fear, grief, anger and so on.

Two of the scenes that get the biggest laughs from the audience are when the woman finds out the main character is a vampire and runs out from the hospital ward—we see him on the floor sucking on an IV tube—and another, at the end, when the main character pushes the car off to reveal the woman hiding underneath to avoid sunlight. The audiences laugh, but immediately realize why the characters are doing those things, and then feel guilty about just having laughed.

The humor in my films is something that I include from early on in my filmmaking process—from the script to the thorough storyboards I prepare, which includes every scene of the film.

MM: There is a lot of gore in Thirst. What motivates you to insert this kind of material in a movie?

PCW: Everything in my films is there through careful calculation and design; not only gore, but everything else you see and hear. So the gore certainly is not put in my films out of impulse.
Unlike slasher films, where you may see some audience members cheer and whistle, you wouldn’t find such reactions to my films. This is because I don’t include gore for entertainment. It is only there so you can acutely feel the fear of facing violence and the morality associated with it.

When I place what may be considered extreme expressions in my films, it’s because I want to dig down deep to the roots of the themes. In order to make the question I throw at the audience stronger, it should be simple and clear. The effective way to achieve this is to create a stimulating situation, to insert this kind of material.

MM: There is talk that Will Smith and Steven Spielberg want to make an American version of Oldboy. What do you know about this project and how do you feel about Hollywood dealing with this material?

PCW: I probably only know as much as you do about the project, but I’m sure Steven Spielberg and Will Smith will make a new film that is different from the Oldboy that I made. So as a member of the audience, I eagerly wait for the film to be made and to go see it.

MM: There is also some talk of a Hollywood remake of Thirst.

PCW: I tend to welcome my films being used as a source for other creative projects, including English-language remakes. It would be interesting to see my film get interpreted in new ways to give life to a different film.

MM: Have you ever considered making a movie in the United States?

PCW: Making a movie in the U.S. will depend entirely on whether a good script ends up in my hands. The script is the most important thing. If I get a good script, it actually doesn’t matter where it comes from; I am prepared to make a movie in any other country, in any other language.

MM: What do you like about working in your native country?

PCW: I am a born and bred Korean through and through, so working in my native country has the comfort of being home and using my native tongue. Also, working with a dedicated crew who are very familiar with my filmmaking process is something that provides me with comfort when I work in Korea.

MM: Do you make movies for a specific audience or for yourself?

PCW: I don’t have a specific audience in my mind when I make films, except perhaps their age, due to the way I put forward the subject matter in a number of my films.

I used to make films because I simply enjoyed making films—and also as a job. The more films I make, the more I find out about internal aspects of myself, which I would not have found out had I not been making films. So what filmmaking means for me has evolved. But I have always made films to simply tell a story that asks questions. Although these questions come from me, it is something that I put out to all of you. MM 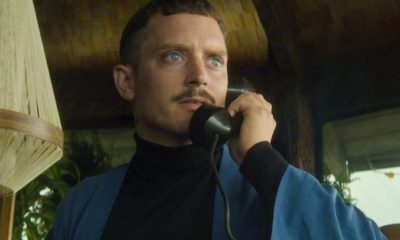