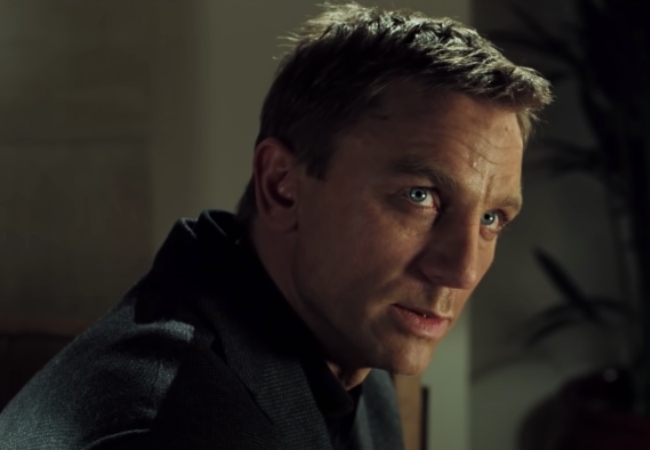 No Time to Die, Daniel Craig’s swan song as James Bond, hasn’t even hit theaters yet and Twitter is already having an absolute field day airing ideas for who should take over the British spy franchise as the next 007.

Nevermind that Bond producers Barbara Broccoli and Michael G. Wilson have said they won’t even consider who should replace outgoing Craig until 2022 — Broccoli’s exact words on BBC Radio 4’s Today on Monday were “Oh God no” — nothing can stop the Twitter machine from pontificating on who would be the best choice and why.

From passionate campaigns for fan-favorite actors like Star Wars’ John Boyega and The Green Knight’s Dev Patel to a meme of Danny DeVito holding a gun, the denizens of Twitter are clamoring to find out, or tell you, who the next Bond will be.

And so, let us present to you a small smattering of suggestions from today’s raging online discourse. Rest assured, for every casting suggestion highlighted here, there are countless more to be found under the trending topic “Bond.”

LADbible deserves credit for opening its comments section to ideas by asking simply, “Who should be the next James Bond?” accompanied by photos of speculative options Henry Cavill, Tom Hardy, Michael Fassbender and Idris Elba. As of this writing, the tweet has gotten over 4,000 quote tweets and a comment section a mile long.

Also Read: Nuclear Family: How Ry Russo-Young Directed a Doc About Her Own Childhood Paternity Case

Some notable replies include one from the UK variety-store brand B&M, which clearly woke up and chose violence, writing, “It’s going to be James Corden and you’ll like it.”

This reply suggested John Boyega, who amassed a huge fan base as Finn in the Star Wars franchise and is set to star opposite our summer cover star Felicity Jones in the upcoming film Borderland,directed by Jones’ husband-and- brother-in-law duo, Charles and Thomas Guard.

One user made an astute observation: “Bond is half Scottish in the books so there can only be one candidate.” That candidate is — who else? — Phantom of the Opera and 300 star Gerard Butler.

And of course, there’s the aforementioned Danny DeVito-holding-a-gun suggestion, which,  although perhaps the least likely of all of the suggestions so far, definitely deserves a nod for most creative.

Then again, Washington Post politics reporter Dave Weigel cheekily replied that all Bond suggestions are futile, since, “It’s not up to Twitter to decide who the next Bond is. The Constitution gives that power to the state legislatures.”

One user noted that “Idris is best” but suggested that perhaps Bond could be a lady, offering up a humble portrait of the Atomic Blond herself, Charlize Theron. (Unfortunately, Broccoli already shot down any hopes for Bond being played by a woman).

But let’s not forget, the discourse extends far beyond replies to the LADbible tweet. Many others have fired their own ideas out into the ether, including  one user, who insists that Dev Patel is “the only truly interesting Bond choice.”

Another popular choice was Daniel Kaluuya of Judas and The Black Messiah, Black Panther, and Get Out fame.

“Some of the arguments against Idris Elba being the next Bond is that he’s now too old, which I think is ridiculous because it poses a lot of opportunity for a newer Bond story. But I will entertain you. One man: Daniel Kaluyaa,” wrote one user, who was seconded by journalist Richard Newby.

Standup comedian and actor Ricky Gervais of The Office fame threw his own name into the hat, but with a few disclaimers.

“I’ll be the next James Bond but I’m not doing any running around or working after 4 p.m. And no Martini. Bollocks drink, that. Oh, and he’s from Reading and swears a lot,” Gervais wrote.

Tim Robey, a film reporter for the Telegraph, had a bizarrely coincidental encounter with an actor he thinks would be fit for the job while out at a restaurant yesterday, which he kindly recounted for Twitter:

“Me, chatting in an all-but-empty Kensington eatery this eve: ‘Next Bond? I do like the idea of Tom Burke’
5 seconds later, only spotted TOM BLOODY BURKE sitting there right behind us. *Not* headed for premiere. INSANITY. Had to explain. He was v sweet & keen to be considered,” Robey wrote.

However, Mystery Science Theater’s Bill Corbett might take the cake for best Tweet. Just see for yourself:

And the next James Bond is OH NO NOT AGAIN pic.twitter.com/EptFCi2Sey

Still thirsty for more Bond suggestions? See a whole bunch more below — and may the Bond odds be ever in your favorite actor’s favor.

My next James Bond picks since no one asked. pic.twitter.com/sPEKyEbCh0

The next Bond? For me, there's only one choice… pic.twitter.com/nll21bdG7t

they should cast him as the next bond pic.twitter.com/6Bfjep4TLp

Henry Cavill should be the next James Bond pic.twitter.com/n5L3zv5XJW

When talking about the next James Bond, it's all like Henry Cavill this, Idris Elba that, but he needs to be young, suave and fit

Allow me to introduce my current choice;

Where do I sign the petition for #SuranneJones to be the next #Bond? pic.twitter.com/16JAA3LNHw

My top 3 choices for the next Bond pic.twitter.com/SHeCVvqudm

I know who the next Bond should be pic.twitter.com/12ln4JwrH0

no sir. the next james bond needs to be extremely Italian. offensively Italian. if he is not cooking a pizza pie or doing a chef kiss in every single scene the movie will be a failure https://t.co/qxGVPoiKJl

Roy Kent should be the next James Bond.

The next Bond should be bringing back 68 year old Pierce Brosnan, a retired James Bond, no missions, just having a good time, maybe it turns into a Mamma Mia sequel, we'll see how it goes