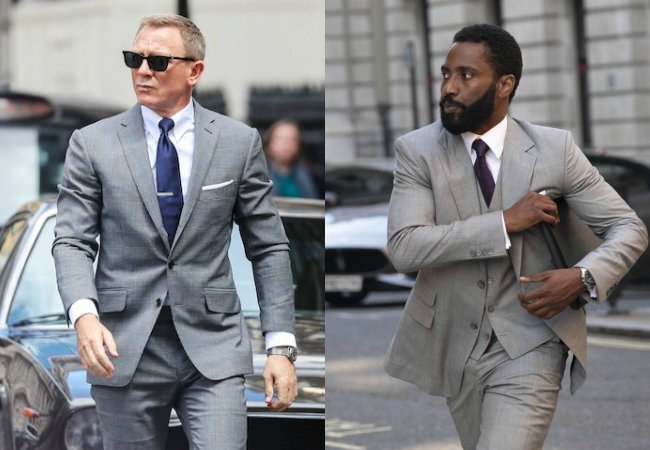 Tenet, opening today, feels in many ways like a time-bending James Bond movie. And it may also look like a Bond movie, specifically the latest one. Because as No Time to Die cinematographer Linus Sandren recently told MovieMaker, the two films shared some very nice cameras.

The Swedish-born Sandgren said that he and No Time to Die director Cary Fukunaga wanted a romantic action-movie feel, and found it with 35mm anamorphic — a format which Sandgren calls “the Bond format.” Sandgren and team “did a lot of camera testing” in pre-production and decided that in addition to the 35mm they “wanted to go even taller and shoot sequences in the larger IMAX format.”

But as Sandgren describes, “we had a little bit of an issue because [Chris] Nolan and Hoyte [van Hoytema] were shooting Tenet at the same time. It was a little bit of a puzzle.” While he says there are a number of IMAX cameras, there were only eight or 10, in Sandgren’s estimation, that “worked the way we needed them to work.”

The Panavision 35mm cameras were similarly limited and right after the No Time to Die production finished, they went straight to Tenet star Kenneth Branagh’s production of Murder on the Orient Express.

Sandgren says the logjam must be stressful logistically for Panavision and IMAX, but at the same time, it a great sign that so many large productions are eager to shoot in the film format.

The No Time to Die production traveled to Jamaica, England (of course), Norway, and the Canary Islands. Sandgren said such a large production was a challenge, as there was “so much logistical work to this big ship, this big production.” But he adds that the process was actually “very intimate.”

He describes it as “small in a way, where the producers, the decision makers — the real decision makers — were in the same room as the director. Even though it was a big production, we could make it almost like it was an indie. We could work together in a small room and make quick decisions.”

After being bumped from spring to November, the 25th entry in the James Bond series will make its way to theaters this November.