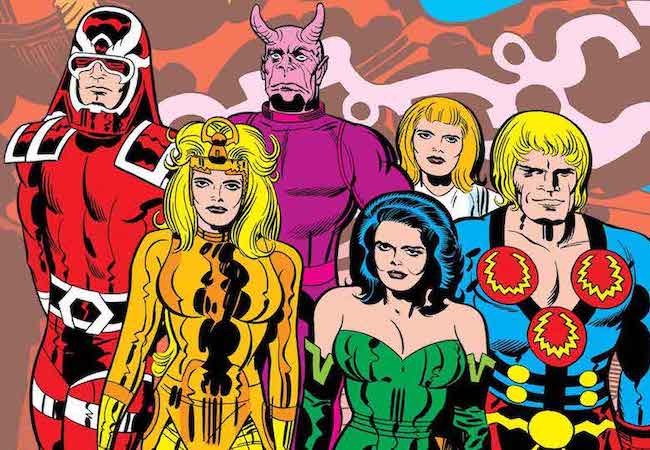 2021 movies to look forward to from Paul Thomas Anderson, Adam McKay, and more; Marvel tells us what to expect from Chloé Zhao’s The Eternals, her follow-up to winning Best Picture; why movies with budgets of $5 million and less are having a moment. All in today’s Movie News Rundown.

But First: In the latest Low Key podcast, we talk about why this year’s Oscars were weird, and how The Falcon and the Winter Soldier continues a Marvel tradition of murderers with perfectly reasonable ideas. Also: What’s keeping us from watching Mortal Kombat. Listen here?

Restorative Justice: In the new film The Meeting, Ailbhe Griffith plays herself in a re-enactment of her real-life meeting with a man who attacked her. In this piece, she discusses the experience with Margeaux Sippell. The film is now playing at the Artemis Women in Action Film Festival.

Good Movies Comin’ Through: IndieWire has a roundup of highly anticipated movies coming this year, including some delayed last year (including Wes Anderson’s The French Dispatch, Denis Villeneuve’s Dune and Adam McKay’s Don’t Look Up) and others that were scheduled for 2022 all along (Ridley Scott’s House of Gucci, and Paul Thomas Anderson’s working titled Soggy Bottom). The list is focused on films IndieWire sees as Oscar contenders, but it’s enough to make me feel optimistic about movies.

Opportunities for Small Films: In a look at when film production may return to normal, Deadline quotes Mark Gill, CEO of Solstice Studios, says filmmakers are still having trouble getting financing for films because of concerns that COVID-19 could shut down production. The exception is smaller films, which carry less financial risk. ““If you could guarantee a vaccination for everyone in your cast and crew, that would make a difference,” he adds. AGC Studios head of film Linda McDonough tells Deadline her company will finance films near $5 million, but that getting financing for bigger budget films is tricky. Five million dollars, by the way, was the budget for the movie that just won Best Picture, Nomadland, by Best Director winner Chloé Zhao.

Following Nomadland: Remember how we wrote the other day about how “if not for COVID-19, Chloé Zhao’s big 2020 movie might have been The Eternals, a Marvel superhero film originally scheduled to come out last November”? Zhao elaborates on that in a great new Variety piece, saying: “I have gone through ups and downs in my relatively short career. And one thing I’ve learned is a bit of a cliché, but everything does happen for a reason.”

Chloé Zhao’s Eternals: So is this going to be one of those situations where someone goes from making an acclaimed film to selling out with a goofy superhero movie that is beneath them? The Variety piece has indications that this is not the case.

Elaborate, Please: Marvel president Kevin Feige tells Variety that Zhao’s MCU film is “a very bold and very ambitious, sprawling 7,000-year story of humanity and our place in the cosmos.” And while it will have plenty of VFX and green screen— a big departure from Zhao’s previous small-scale films — it will keep them to a minimum. At one point, Feige and Zhao showed Disney executives a sample reel. “And I had to keep saying, ‘This is right out of a camera; there’s no VFX work to this at all!’” Feige tells Variety. “Because it was a beautiful sunset, with perfect waves and mist coming up from the shore on this giant cliffside — really impressive stuff.” He says he saw the same kinds of shots watching Nomadland: “That is not just what she wanted to bring to Marvel,” he remembers thinking. “This is a signature style.”

Editing Eternals: Also, Zhao won’t edit this one, as she did Nomadland: She says she working with Craig Wood and Dylan Tichenor, who is known for his work with Paul Thomas Anderson. The whole Variety piece is worth a read.

Netflix Opens Swedish Production Hub: Netflix is opening a Scandinavian production hub in Stockholm, and a small satellite office in Copenhagen, Denmark. Lina Brouneus, who will run the Swedish hub, says that by the end of the year, Netflix expects to have about 70 original Scandinavian titles available on its global service, adding that “almost two-thirds of our members globally have chosen to watch a Nordic original film or series” to date, according to The Hollywood Reporter.

Main image: The Eternals, as conceived by Jack Kirby.