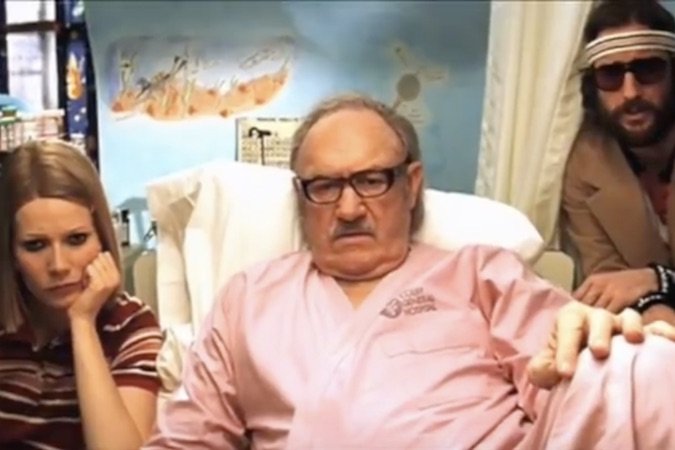 Wes Anderson Calls Saul: The French Dispatch director told the French cinema agency CNC that Better Call Saul is “simply my favorite series,” which means we have something in common with Wes Anderson. He also recommended several films. If you don’t feel like reading in French today, Here’s an English dispatch.

Zoom Plays: Speaking of Better Call Saul: Alison Tatlock, one of the show’s executive producers, is among the writers taking part in a fantastic UC Santa Barbara presentation on Saturday, June 6, that will embrace the reality of our current situation and try to make the best of it. Because drama students can’t perform onstage, they will instead act out a series of plays specifically written to be performed on Zoom. The program is put on by Launch Pad, UCSB’s artist residency and performance program, led by artistic director Risa Brainin. We’ll share a link as soon as it’s available.

Premiere Games: In this commentary for MovieMaker, Oxford Film Festival director Melanie Addington urges festival organizers to drop “premiere games” that she says are messing up filmmakers’ efforts to get their films seen at this extremely complicated time. “It is going to take real leadership and cooperation to make sure the ones who should matter most to us – our filmmakers — get through this,” she writes.

Writer’s Block Workaround: If you, like almost everyone, find yourself struggling to be creative now, Psychology Today has some interesting advice: Instead of writing, jot down what you would have written. Not-quite-writing has a way of turning into writing, as Dr. Elizabeth Emens explains.

The Trades: Former The Hollywood Reporter critic Todd McCarthy wrote a wild story for Deadline about the abrupt THR firings this week, which begins in the last way you would expect: “A month ago I was surprised, out of nowhere, to get a nice raise.”

Join DiCaprio and De Niro in a Scorsese Movie: If you donate to the All-In Challenge, which provides food to those in need, you may win a walk-on role in Martin Scorsese’s upcoming Killers of the Flower Moon, as well as “acting pointers from Marty Scorsese,” “lunch with Leonardo and the cast,” and other things that sound pretty cool.

And now we leave you with a sweet little ditty we like to call “yesterday’s movie news.”