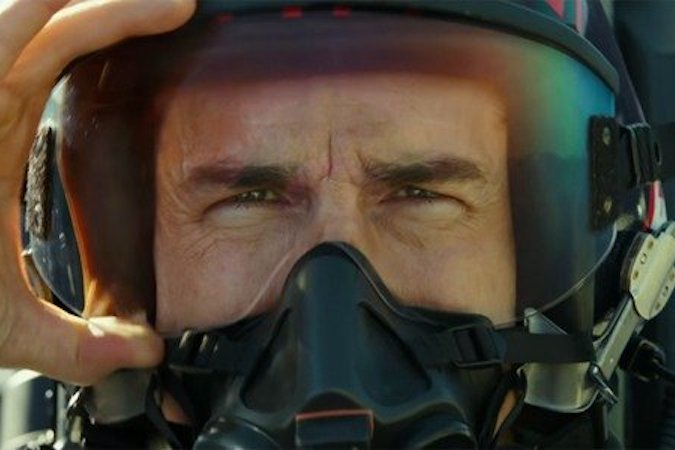 Give Us Some Space: A new poll from Atom Tickets found that spaced seating is the single most important concern for people considering a return to theaters, and almost no one cares about temperature checks, according to The Hollywood Reporter. About 42 percent say that spaced seating is their biggest concern. Spaced seating likely means seating would be in a checkerboard pattern, so you don’t sit next to a stranger.

Speaking Of: I have an idea and I’m not even kidding: Combine movie theaters with oxygen bars so the mask isn’t just protecting you, but also pumping in pleasant fresh air. Do laughing gas for comedies. Or even: Have a button you could push to have marijuana mixed in with your oxygen every so often. Weed is legal now, bro, and if we’re gonna spend all this time living in a sci-fi movie, why not include some pleasant sci-fi stuff, too? The idea is to make the masks a draw instead of an inconvenience. (Obviously the masks would need to be super clean and everyone would need to be spaced out, no pun intended.) Added bonus: No one could talk during the movie. And yes, the masks could look cool like the one Tom Cruise is modeling for us in the picture above. You could even have a Bane mask.

Not Even Gonna Mention Elon Musk Is Involved: The planned Tom Cruise movie that would be shot in outer space now has a director in Doug Liman, who directed Cruise in Edge of Tomorrow and American Made, Variety reports. No plot details are known, but I’m betting it’s a drama about a troubled 1950s suburban dad, with outer space doubling for Wichita.

Potter Town: HBO Max arrived today, with the surprise inclusion of all eight of the Harry Potter films. I’m supposed to make a joke about Griffleheims or Mufflehubbers or something but I’ve never seen these things.

Avengers, Iron Man 3 Re-Release: The Hollywood Reporter says Marvel will re-release The Avengers and Iron Man 3 in Hong Kong theaters from May 28 until June 10 as theaters try to lure people back with recent hits, and did anyone else remember that there were two Iron Man movies before the first Avengers? I didn’t. Not only that, but there were two Iron Man movies before there was a single Caption America movie. It’s hard to believe, but we met Black Widow (in the boxing ring in Iron Man 2) before we met Thor or Captain America, and yet only this year did she finally get a movie. And now Avengers and Iron Man 3 will be released twice before it comes out.

Tiger King: When Joe Exotic Was a Cop
Let’s Talk About Murder to Mercy and the Trials of Cyntoia Brown