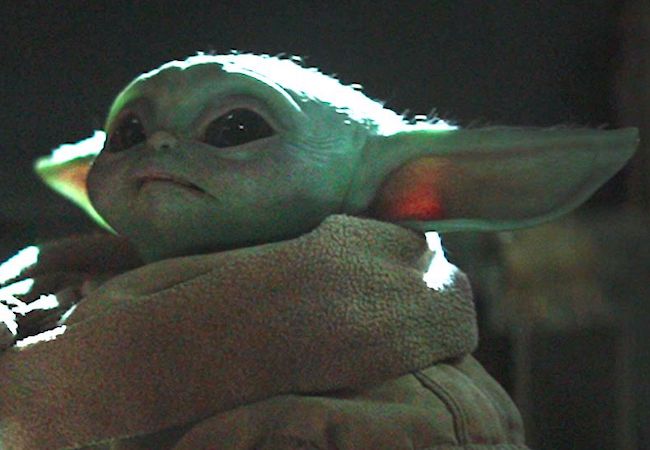 In today’s Movie News Rundown: Movie releases may have just fundamentally changed thanks to a new deal between Universal and AMC, but it brings fears of “audience cannibalization”; a very good Reddit horror story makes at least a cool million; and some Emmys stories about The Mandalorian and others. Also: Pierre Cardin, Gordon Lightfoot, and the soothing power of a Catherine Zeta-Jones heist movie.

Emmys: Here’s the complete, and we mean complete, list of nominees. And here’s our stories on why the Emmys brought such good news to surprise Best Drama nominee The Mandalorian, featuring the young gentleman above, and poor Quibi.

Historic: Remember when Universal released Trolls World Tour direct on-demand due to COVID-19, then said it might start releasing films in theaters and in homes simultaneously? And AMC Theaters, in turn, threatened to stop showing Universal films? The fight has resolved peacefully. Universal and AMC have reached an agreement that will allow the studio’s films to premiere on premium video on-demand within three weeks of their theatrical debuts,” Variety explains. AMC will get a cut of the video revenue. Everybody wins.

‘Movie Audience Cannibalization’? The Hollywood Reporter has a good rundown of Wall Street analysts’ early responses to the deal. One jumps right into a cannibalization metaphor.

House of Cardin: Here is the magnificent new trailer for the documentary about designer Pierre Cardin from P. David Ebersole and Todd Hughes, the husband directing duo behind Room 237 and other films. It comes out in theaters and virtually in late August, and on-demand Sept. 15. Just gorgeous:

My Wife and I Bought a Ranch: A five-part short story that debuted on Reddit just sold to Netflix for seven-figures, and… it’s good. Before you object, consider that My Wife and I Bought a Ranch is clearly a carefully composed story, skillfully released on Reddit to generate interest, rather than a series of Reddit posts cobbled into a story. The quite-scary story, which you can read here, is about a couple who buy a woodsy stretch of land in the middle of nowhere. And then their nearest neighbors tell them about some interesting properties of the property… starting with glowing lights that appear in the spring. Deadline says the deal is for Matt Query’s short story and for his brother Harrison Query to write the screenplay.

So This is Why I Keep Watching ’90s Action Thrillers: The New York Times has a great piece on why we turn to nostalgia in times of crisis. While not necessarily movie related, it should be relatable to everyone turning to old movies to deal with the current mess. “Nostalgia serves as a kind of emotional pacifier, helping us to become accustomed to a new reality that is jarring, stressful and traumatic,” writes Danielle Campoamor. Also: Catherine Zeta-Jones is really, truly fantastic in Entrapment, I totally forgot that Air Force One goes on for like another 20 minutes after Harrison Ford yells “Get off my plane!,” and Cliffhanger is only good if you’ve always wanted to see Rambo fight the minister from Footloose.

Gordon Lightfoot: Here’s a great The Hollywood Reporter review of the new documentary Gordon Lightfoot: If You Could Read My Mind, the most blissful movie I’ve seen this year. Lightfoot overcomes problems aplenty, but always with a steady song, lovingly composed, sung in golden tones. Like the great Bill Withers, whom we lost earlier this year, he’s a pure craftsman. Here he is singing “Sundown”: