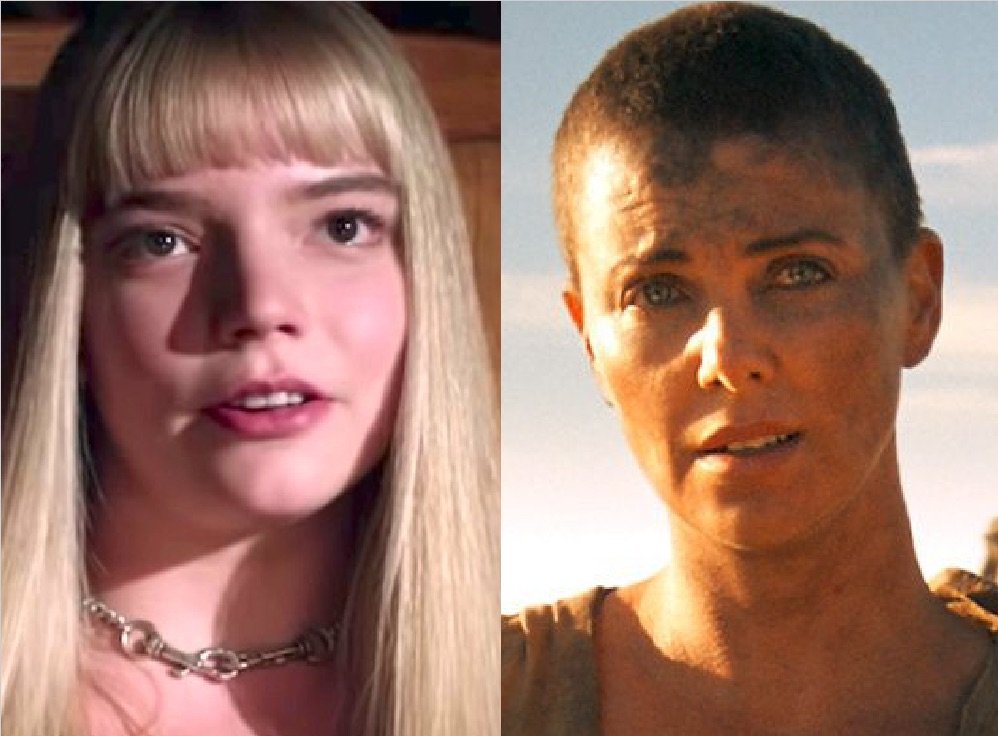 In today’s Movie News: Anya Taylor-Joy takes on the role of Furiosa; David Fincher on the power of black-and-white in Mank; and Coming 2 America has a new home — yours. Plus: I stand corrected.

Inside Mank: Will David Fincher’s biopic about Citizen Kane screenwriter Herman J. Mankiewicz have the same degraded-film look and monaural sound as the trailers? Yes. “If you’re in the transportation business and you’re trying to transport back to a time and a place, black-and-white really fucking helps,” Fincher says in the new issue of Empire.

Yellow Rose: In the latest Movie Maker Interviews podcast, Eric Steuer talks with writer-director Diane Paragas about her new film in which a young Filipina girl dreams of becoming a Texas country-music star — but an immigration raid threatens her dream. Listen on on Apple or Spotify or here:

Furiosa: Anya Taylor-Joy, Chris Hemsworth, and Yahya Abdul-Mateen II will star in Furiosa, an origin story for the character Charlize Theron played in Mad Max: Fury Road. This will be director George Miller’s fifth film in the Mad Maxiverse, which can we make calling it the Mad Maxiverse a thing? Taylor-Joy broke out with The Witch and also starred in this year’s Emma. She’s seen above in The New Mutants.

Say It With Me, Gen X-ers: What About Charlize? Taylor-Joy, of course, takes on the role originated by Charlize Theron, who has previously said it was “a little heartbreaking” that Miller wanted to cast someone younger for the prequel. Still, she told The Hollywood Reporter in July, “He’s a master, and I wish him nothing but the best.” The Mad Maxiverse is truly a lawless place.

Coming 2 America Coming 2 Amazon 2 Legit 2 Legit 2 Quit: You’ll be able to watch Coming 2 America at home this holiday season. Variety reports that the Eddie Murphy sequel is destined for streaming, eschewing the ever-popular delay-the-theatrical-release-six-times approach. (See New Mutants, above.) Original distributor Paramount is expected to get $125 million. There’s also a promotional tie-in with McDonald’s, which is so funny as a concept I don’t even need to see the ads.

Mallrats at 25: I guess this year we’re gonna do an anniversary story for every single movie? Works for me. This Hollywood Reporter piece on Mallrats has a nice detail about how Stan Lee ended up in the movie, and completed the Mallrats circle with his Captain Marvel cameo.

Hillbilly Elegy: I was all set to not like this trailer for Ron Howard’s Netflix adaptation of J.D. Vance’s annoying memoir. (Main complaints: The people in the book aren’t hillbillies, and the word “elegy” should tip you off to the general pretentiousness.) But then Glenn Close won me over with the Good Terminator/Bad Terminator speech. They’re meeting me on exactly my level.

Sweded: Thanks to Nobbinmaug, one of several people who told me to see Be Kind, Rewind after I ignorantly wrote yesterday: “If you’re like me, you’d never heard of a ‘Sweded’ film before learning of the Sweded Film Festival for Creative Re-Creations, in which entrants are encouraged to make very low-budget remakes of popular films.” Nobbinmaug (not a real name?) writes: “I am certainly not like you because I know ‘Sweded’ from the 2008 movie Be Kind Rewind. The movie stars Jack Black & a pre-Yasiin Bey Mos Def as video store clerks who accidentally erase all the videotapes and decide to replace them by making their own versions. The new versions are called ‘Sweded’ as they are said the be the Swedish versions.”

And Now a Word From Our Sponsors: